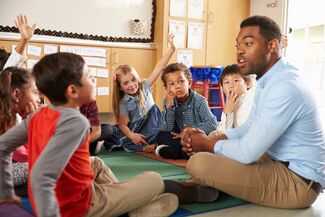 In Florida, some teachers have found that their bonuses are coming up short. Tens of thousands — if not hundreds of thousands — of teachers may be affected. Morgan & Morgan is representing teachers in a suit against the Florida Department of Education seeking compensation for the  underpayment of these bonuses. This lawsuit will apply to thousands of teachers throughout the state in an effort to retrieve the pay they rightfully earned.

How Is This Happening?

The State of Florida, when paying these bonuses, is taxing them incorrectly. Because of this, teachers — specifically those who receive a bonus through the Best and Brightest scholarship program — are given a smaller bonus than they have earned.

Morgan & Morgan employment attorney C. Ryan Morgan alleges that the state instructed school districts to incorrectly reduce the bonuses paid to eligible public schoolteachers for employer-side taxes and other payroll expenses, affecting tens of thousands of them and possibly involving tens of millions of dollars in unpaid bonuses.

“Schoolteachers are wildly underpaid as it is, and the Best and Brightest scholarship program was enacted to recognize the critical role teachers play in the education and growth of our children,” said attorney Ryan Morgan. “Our underfunded system forces many teachers to pay for school supplies with their own money, and it’s simply unacceptable that so many would have this much-needed bonus taken from their pockets.”

“We will fight for these teachers to get their due as well as to uncover why the DOE shorted thousands of teachers their hard-earned bonuses, and to ensure they’re properly paid going forward,” Morgan said.

You must fit these criteria:

There is a four-year statute of limitations on these cases, but because the program is less than four years old, anyone who fits the above qualifications is eligible.

If you have any questions about eligibility or want to join Morgan & Morgan in the fight to get you and your co-workers paid what you deserve, please call (833) 254-4724, a dedicated phone line for this case.

Please share this with any colleagues or friends who may be affected; we're here to fight for all of you.