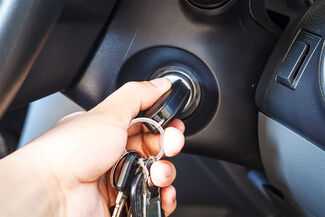 Following General Motors’ (GM) blockbuster recall of 1.6 million Chevrolet, Pontiac and Saturn models with faulty ignition switches, the vehicle manufacturer has issued dozens of additional recalls and is facing just as many lawsuits. Multiple class action lawsuits have been filed on behalf of drivers with recalled GM vehicles and are seeking compensation for the reduced value of these vehicles; however, the class action lawsuits are not specifically requesting damages for those who were injured in a recalled GM vehicle.

At Morgan & Morgan, we believe that crash victims may be able to file personal injury lawsuits separate from the class actions, where drivers and their families can seek compensation for past and future medical bills, pain and suffering and other related damages.

Following reports that GM may have stalled on recalling vehicles with faulty ignition switches, the company has been reviewing the safety of its vehicles and announced dozens of subsequent recalls.

While a majority of these recalls have been issued over minor problems, others involve major defects that GM says could cause serious and sudden car accidents.

In February 2014, GM announced that it would be recalling the following vehicles for ignition switch problems:

According to the recall, a heavy keychain could cause the ignition switches in question to inadvertently turn off these vehicles, disabling their vital components. As a result, drivers may unexpectedly lose control of their power steering, or in the event of a crash, the airbags in these vehicles may not deploy.

The New York Times reported that GM knew about this problem for years prior to the recall, because in 2006, the company sent safety bulletins to car dealers regarding the ignition switches. GM has since said that the vehicles involved in this recall have been linked to 31 car accidents that resulted in 13 deaths.

In May 2014, GM recalled 500 pickup trucks and SUVs after discovering that the tie rods on these vehicles may not be attached tightly enough to the steering rack. Vehicles affected by this recall include:

According to GM, this problem could result in loss of steering control and “a crash could occur without prior warning.” In a notice, GM urged drivers not to use their vehicles until they had been inspected for safety at a GM car dealer.

GM currently faces dozens of class action lawsuits alleging that the company knew about the ignition switch defect for years, but hid the problem and failed to issue a timely recall.

If you or a loved one was injured in a vehicle that has been recalled by GM, you may be able to file a lawsuit separate from the class actions to hold GM accountable for your injuries.