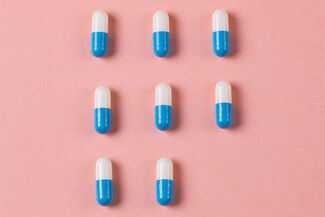 Our attorneys are investigating lawsuits on behalf of patients who suffered severe bleeding, including gastrointestinal bleeds and cerebral hemorrhaging, while taking the blood thinner Pradaxa.

Thousands of lawsuits have already been filed, and we are expecting that many more claims will surface over the next several months. If you or a loved one suffered a severe bleed while taking Pradaxa, you may be able to join this growing litigation and sue the drug’s manufacturer for financial compensation to cover your medical bills and other losses.

To find out if you are eligible for a Pradaxa lawsuit, complete the form on the right hand side of this page. Morgan and Morgan will evaluate your claim – at no cost to you - to determine whether you have legal recourse.

What is the Status of the Filed Pradaxa Lawsuits?

All federally-filed Pradaxa lawsuits have been consolidated into a multidistrict litigation. In a multidistrict litigation, lawsuits that have been filed in federal courts across the country are transferred to a single judge to expedite the legal process and avoid inconsistent rulings. The Pradaxa lawsuits are currently pending before Judge David Herndon of the United States District Court for the Southern District of Illinois.

The Pradaxa multidistrict litigation is currently in the discovery phase, which means that Boehringer Ingelheim is required to turn over all documents that contain information regarding the health risks associated with Pradaxa. In addition, dozens of Boehringer Ingelheim executives and employees will be questioned under oath during depositions so that attorneys representing Pradaxa victims can learn more about what the company knew regarding the dangers of the drug.

According to a case management order issued by Judge Herndon on March 5, 2014, the first bellwether trial is scheduled to begin on September 8, 2014.

How is the Handling of the Pradaxa Lawsuits Different Than a Class Action?

The Pradaxa lawsuits currently pending in the federal multidistrict litigation are not class actions, but rather are individual lawsuits filed by Pradaxa victims or their loved ones.

In a class action lawsuit, one person represents the interests of an entire class of people who have all suffered a similar harm. In the case of Pradaxa, however, each person must file his or her own lawsuit to receive compensation. Most cases involving thousands of people who have suffered severe side effects cause by prescription drugs are not class actions because each person must prove that their injuries are linked to taking the drug and must submit evidence regarding their injuries so that they receive appropriate compensation. If you or a loved one experienced internal bleeding, a stroke, or a heart attack after taking Pradaxa, our attorneys may be able to help you file your own lawsuit to receive compensation through the multidistrict litigation process.

One judge will manage the litigation during the pretrial and discovery process, which will include questioning witnesses, and retrieving documents and written statements from the other party involved in the lawsuit. If a settlement cannot be reached, and the cases are not dismissed, the suits will be sent back to their original courts. This is in contrast to a class action lawsuit where there is a single plaintiff and thousands of "un-named" plaintiffs; the only way an "un-named" plaintiff could get his own trial would be to "opt-out" of the class action suit and proceed on their own. This rarely happens, as the monetary losses suffered by those in a class action lawsuit are generally small and couldn't justify the cost of individual litigation.

How is Morgan and Morgan Involved in the Pradaxa Litigation?

Only a select group of attorneys is selected to spearhead the lawsuits against Boehringer Ingelheim over their blockbuster drug Pradaxa. We are pleased to announce that the head attorney in our mass tort section, Michael Goetz, has been among those assigned a leadership role in this litigation. As a member of Plaintiffs’ Steering Committee, he will work with a small group of fellow Pradaxa lawyers to coordinate and conduct pre-trial proceedings. His appointment shows, not only the depth of experience held by Mr. Goetz, but also acknowledges the success the firm has had in handling lawsuits involving defective drugs and medical devices.

Many of the lawsuits filed on behalf of Pradaxa users involved fatal injuries and seek compensation for funeral expenses and related losses.

The injuries in the Pradaxa lawsuits are similar and include the following types of internal bleeding:

One of the first Pradaxa lawsuits on file was lodged by the daughter of a Tennessee woman who allegedly died as a result of the blood thinner. The woman began using the drug in Jan. 2011 to treat her atrial fibrillation, according to the suit. Three months after beginning use of Pradaxa, she allegedly suffered a massive gastrointestinal bleed, was hospitalized and died as a result of her injuries. The Pradaxa lawsuit claims that not only did the manufacturer fail to adequately warn the medical community of the internal bleeding risk, but also failed to provide guidance in how to treat these bleeds when they develop. In a non-fatal case, a woman was given Pradaxa, and within a month of treatment with the drug, suffered from a severe gastrointestinal bleed, according to the lawsuit. Her suit claims that her use of Pradaxa caused or worsened the uncontrollable bleed, which caused her to be hospitalized for 12 days.

In another filed Pradaxa lawsuit, two daughters allege that their mother suffered from a fatal brain hemorrhage. According to their claims, the woman fell in her kitchen and hit her head, suffering internal bleeding. She died within 24 hours of the fall when doctors couldn't stop her from bleeding, and according to the suit, could have been saved if she wasn't taking Pradaxa.

In one case, a Pradaxa user claimed that he suffered from severe rectal bleeding and was admitted to his local hospital's intensive care unit, where he received numerous units of blood. He was quickly taken off the drug, but still had to undergo an endoscopy and cauterization of his wound to stop the bleeding.

Are Pradaxa Users at a Greater Risk for Internal Bleeding?

It is being alleged that emergency room doctors, surgeons and other medical professionals were not properly warned about the drug’s lack of an antidote.

Because they work to inhibit the body's ability to form clots, all anticoagulants pose a risk of serious and even fatal bleeds. The pending Pradaxa lawsuits are alleging, however, that the drug puts patients at an increased risk for serious and irreversible bleeds because the drug, unlike others available on the market, has no antidote to reverse its anticlotting effects. When a patient on Coumadin (warfarin) or another blood thinner begins to bleed, the doctor can administer a dose of Vitamin K to reverse the anti-clotting effects of the drug and stop the patient from bleeding. Vitamin K and other standard treatment options do not work for Pradaxa users who begin to bleed excessively on the drug. The only option for these users is emergency dialysis, a treatment doctors are saying is not practical for patients who are experiencing life-threatening bleeding

No Antidote Available for Pradaxa

The pending Pradaxa lawsuits center on the drug's lack of an antidote. The cases claim that patients were not adequately warned that the drug does not have an antidote to reverse its anti-clotting effects, and that this lack of a reversal agent can put the patient at risk for permanently disabling, life-threatening and fatal bleeding. Furthermore, it is being alleged that emergency room doctors, surgeons and other medical professionals were not properly warned about the drug's lack of an antidote, and have been left without an effective way to treat and stabilize Pradaxa users who experienced uncontrollable or excessive bleeding.

When someone falls and experiences internal bleeding, doctors may not be able to stop it. Currently, the only reversal option for Pradaxa is emergency dialysis, but this can only be done in a very limited time frame. This lack of an antidote poses a considerable risk for many patients, especially the fall-prone elderly. Bleeding events for people on Warfarin can be effectively reversed by administering oral or parenteral vitamin K, fresh frozen plasma, or PCCs (prothrombin complex concentrates) but are not effective in Pradaxa users. According to lawsuits filed against the drug’s maker, Pradaxa's lack of an antidote is a "dramatic departure from all other blood thinners."

Pradaxa in the Elderly May Present Greatest Risk

Internal bleeding can develop after a patient falls or suffers another type of minor trauma, and can also occur spontaneously. For those taking Pradaxa, even minor trauma can lead to serious and even life-threatening bleeding. Elderly Pradaxa patients may be particularly at risk for uncontrollable bleeding, as they have fragile blood vessels and minimal fat under their skin to ease the impact of a fall, and more likely to have problems with balance.

The Journal of Neurosurgery highlighted this concern when it published a case report of an 83-year-old man who took Pradaxa and suffered fatal brain hemorrhaging after a minor, ground-level fall. The man was admitted to the hospital, appearing alert and responsive, with an initial CT scan revealing a small area of bleeding in the brain. After two hours, the bleeding in the man's brain progressed extensively, as evidenced by new scans. IV fluids and other treatments were administered to stop the brain hemorrhaging, with no success. The man fell into a coma and died shortly thereafter. According to the report, in cases of traumatic hemorrhage in patients taking Pradaxa, there is currently no antidote which is effective in stopping uncontrollable bleeding.

How Many Deaths Have Been Associated with Pradaxa?

It has been reported that 542 deaths associated with Pradaxa have been submitted to the FDA last year, surpassing all other monitored drugs. News outlets have begun to report on this risk, with the Houston Press reporting that a Pradaxa user fell in her kitchen and suffered a fatal intracranial hemorrhage. Reuters also reported that the death of the 83-year-old man mentioned above “magnified Pradaxa hemorrhage concerns.” Many of the lawsuits filed on behalf of Pradaxa users involved fatal injuries and seek compensation for funeral expenses and related losses.

What Are the Other Side Effects of Pradaxa?

Although internal bleeding injuries are the center of the pending Pradaxa lawsuits, the blood thinner has also been linked to less serious side effects including the following:

How Our Attorneys Can Help You

Our Pradaxa attorneys are currently available to review claims on behalf of patients who suffered serious internal bleeds as a side effect of taking the drug. It is our belief that when a manufacturer places a product on the market, they must ensure it is reasonably safe for use, or at the very least, is supplied with adequate warnings. We feel that Pradaxa is unreasonably dangerous because of its inadequate warnings and lack of an antidote, and is no safer than older alternatives.

In light of claims that Pradaxa is both "dangerous" and "defective," we are helping patients and their loved ones seek compensation for damages or, in other words, financial and non-financial losses which resulted from an internal bleeding event. Our attorneys have decades of experience litigating claims against the top drug manufacturers and helping their clients recover compensation for past and present medical expenses, loss of companionship, loss of life's enjoyment, lost wages, mental anguish, funeral expenses and pain and suffering.

To find out if we can help you, fill out our free, no obligation case review form today to get in contact with an attorney today.