When Safety Features Kill: A Look at the X-LITE Guardrail Tragedy 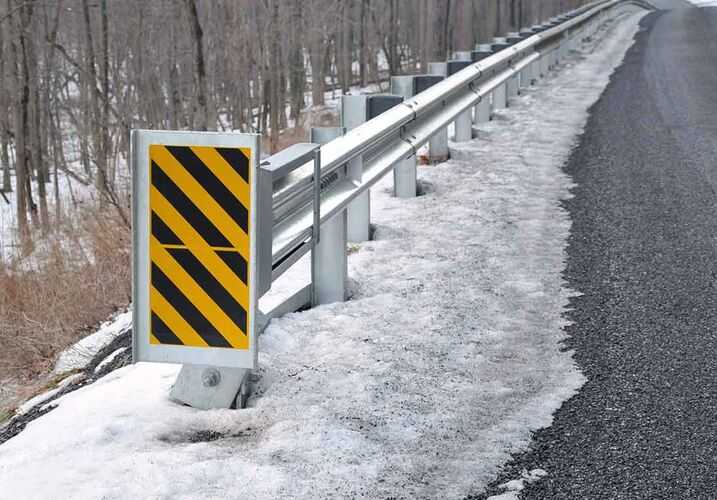 A guardrail end designed to protect motorists in the event of an off-road collision is now being removed and replaced in Tennessee and Missouri after being linked to several deaths.

The creators and manufacturers of the X-LITE guardrail end — Lindsay Corporation, Valmont Industries, and their subsidiaries — are now facing lawsuits alleging that the guardrail end systems are unreasonably dangerous and defective, according to the Knoxville News Sentinel.

Despite only making up slightly more than one percent of all guardrails installed nationwide, the X-LITE systems have already been implicated in seven deaths so far in Tennessee, Missouri, and Virginia since 2016 alone.

Now, the Tennessee Department of Transportation is spending millions to replace all of the state’s 1,800 X-LITEs. While Missouri has also announced plans to remove the guardrails from their state roads, it is unknown whether the other states that use X-LITE guardrails will follow suit. X-LITE systems have been installed in at least 21 states, according to the KNS.

Despite only making up slightly more than one percent of all guardrails installed nationwide, the X-LITE systems have already been implicated in seven deaths so far in Tennessee, Missouri, and Virginia since 2016 alone.

Although shocking, this isn’t the first safety feature that potentially has done more harm than good. Today, we look into the X-LITE guardrail tragedy, why these guardrails are reportedly so deadly, and other examples of safety features gone wrong.

Allegations Against the X-LITE Guardrails

The X-LITE guardrails ends are made up of multiple pieces that are intended to “telescope,” or slide into each other when struck by a car, absorbing some of the impact of the crash and preventing the metal of the guardrail from penetrating the vehicle.

However, both instances of alleged negligence resulted in the X-LITE guardrail ends impaling cars in at least five of the six fatal crashes, killing the occupants of the vehicles. In two of the three crashes that occurred in Tennessee, reports by the TDOT found that the X-LITE guardrails did not perform as functioned — an issue that state officials attribute to the potentially unclear installation instructions provided for X-LITE systems.

In one crash which claimed the life of a 17-year-old from Lenoir City, TN, the X-LITE was found to “telescope properly,” according to KNS, so it should have been able to absorb some of the impact from the crash. Nevertheless, the guardrail impaled the vehicle, killing the teen instantly.

This means that although the guardrails failed more often than not in these three crashes, the X-LITE system still allegedly caused fatal injuries even when working as intended. It’s this crucial finding that the lawsuits against X-LITE’s manufacturers hinge upon.

When a Safety Feature Hurts, Instead of Helps

The X-LITE Guardrail was designed with the best of intentions: to save people’s lives in the event of off-road drifting and serious car accidents. Instead, the guardrail’s poor design may have led to multiple tragedies.

This isn’t a one-off example. Sadly, time and time again, consumer rights activists discover products that actually harm the people they were intended to protect. The biggest recent violation of trust that comes to mind is Takata Corp.'s defective airbags.

The crisis of Takata’s lethal airbags made headlines in recent years, after at least 15 people worldwide were killed by the airbags.

The defectively designed airbags were found to inflate with too much force after an accident, resulting in the metal airbag inflator rupturing and spraying shrapnel around the interior of the vehicle. This resulting shrapnel is what turned these airbags into deadly explosives.

Airbags are such a ubiquitous safety feature that it’s difficult to find a vehicle without them. Between 1987 and 2012, airbags saved 39,976 lives, according to the National Highway Traffic Safety Administration. This safety feature, when it works properly, is crucial in reducing the chance that a passenger in a car will strike their head or upper body on the interior of the vehicle during a crash.

Takata’s airbags, however, did not always work as designed. And although Takata allegedly knew about the risk their airbags posed, they did not issue a recall or acknowledge the problem until 2015, according to a report by Bloomberg, placing countless consumers around the world at risk.

“Takata provided inaccurate, incomplete, and misleading information to regulators for nearly a decade,” NHTSA spokesman Bryan Thomas explained to Bloomberg. “Had they told the truth, Takata could have prevented this from becoming a global crisis.”

In June, amid mounting criminal and civil liabilities, Takata filed for bankruptcy. Although some were worried this would mean plaintiffs wouldn't be able to recover compensation, that is not necessarily the case. Just this week, Morgan & Morgan was among the plaintiffs' firms named to a special committee designed to ensure that airbag victims get the justice and compensation they're owed.

Injured by a Defective Product? We May Be Able to Help

Negligently designed and manufactured products can be found anywhere you look, from roadways and shopping centers to your own home. If you or someone you love is harmed by one of these dangerous products, it may be time to turn to a lawyer for help.