After Low Numbers in 2012, Latinos Have Chance to Set Record for Voter Turnout in 2016 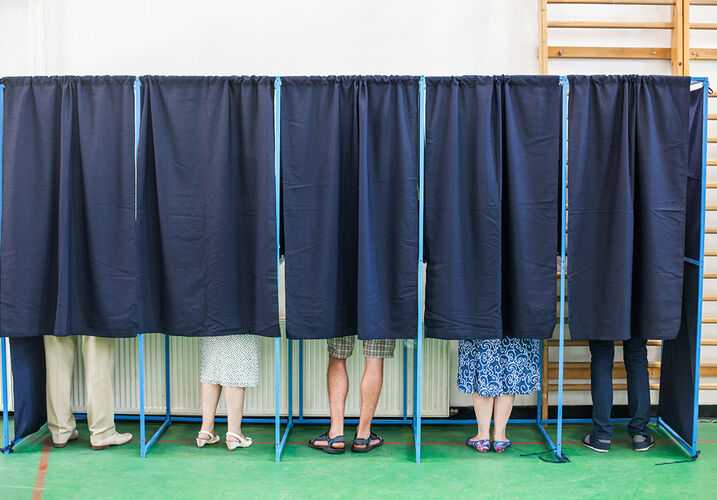 We all know this year’s election is important, and that recent history shows the Latino vote can play a major role in deciding the future of the U.S. However, despite how important their voice is, only about 50 percent of eligible Latinos vote, according to Pew Research Center. Here, we look at a few reasons why and how those reasons shouldn't keep Latinos away from the polls.

In the 2012 presidential election, the Latino vote is said to have helped decide the victory of President Barack Obama over Mitt Romney. In 2016, the conventional wisdom is that no candidate can win the White House if he or she fails to get at least 33 percent of the Latino vote, according to a Washington Post report.

However, there is a problem. Currently, according to Pew, there are 27 million Hispanics who are American citizens and eligible to vote. But on Election Day in recent years, only about half cast a vote. Specifically, Latino turnout in 2012 was 48 percent, lagging behind blacks’ 67 percent turnout and whites’ 64 percent turnout, according to Pew.

There are a handful of reasons Latinos will give for being able to vote, but here we’ll show why they don’t hold water.

‘One Vote Won’t Make a Difference’

In such a large country like the U.S., with an electoral system that seems quite complicated, it is easy to believe that one vote does not make a difference.

But what if thousands or millions of people think this way? That one little vote can add up to an outcome that you or your friends and family do not want. If you consider the issues at stake that are important to Latinos, such as immigration, every single vote matters.

Although apathy about voting knows no race, creed, ethnicity, or national origin, it is Latinos who are in a particularly tenuous position if they don’t care about politics. People might think that politics isn’t their thing and paying attention and getting involved doesn’t matter, but it does.

Think of this, though. The decisions of politicians have an impact not only Latino voters’ lives, but on that of their children and generations to come. There’s also the impact on people in their community who can’t vote. There are 57 million people Hispanics in the U.S. today, with less than half eligible to vote that means there are a lot of people depending on those eligible to exercise their right to vote.

Politicians have the power and responsibility to decide things that affect us every day: from taxes to national security issues. Therefore, it is vital to take the matter seriously and be participants in this important decision for the country.

This is false. History shows that presidential decisions have changed the course of human events in the US.

Many Latinos are immigrants who came to this country seeking better opportunities and do not want to jeopardize their jobs or that goal. They want to work hard to get a piece of the American Dream. Sometimes, this commitment stops them from going to vote, because they may not want to ask for special leave from their employer or boss.

However, there are laws in some states that require employers to give their workers a certain amount of time off to go and vote – or to come in late or leave early to go to the polls. These vary state by state and sometimes by a wide margin.

The election process can be tough to figure out, but help is available. Each state has a different process for registering and voting. However, federal laws have created some rules to ensure that anyone who qualifies and is willing to vote can do so without difficulty.

If you are not fluent in English, you can request documents translated into Spanish or seek the help of an interpreter. Voting centers are also well-equipped to provide facilities for people with disabilities. If a voter also needs assistance to vote because of blindness, disability, or inability to read and write, it is permissible for a friend or relative to accompany them and help them vote.

Registration deadlines might have already passed, but if you are already registered make sure to avoid making the above excuses and more. If you haven’t registered, check out Voto Latino to see if there is still time. Every vote counts, and yours could make the difference, so... See you on Election Day.

Note: This is part of a series on Election 2016. Previously, we answered the five big questions everyone has about Election Day. The next post is about how a hurricane extended Florida's voter registration deadline.