What Other Cities Can Learn From Philly's Bike Culture 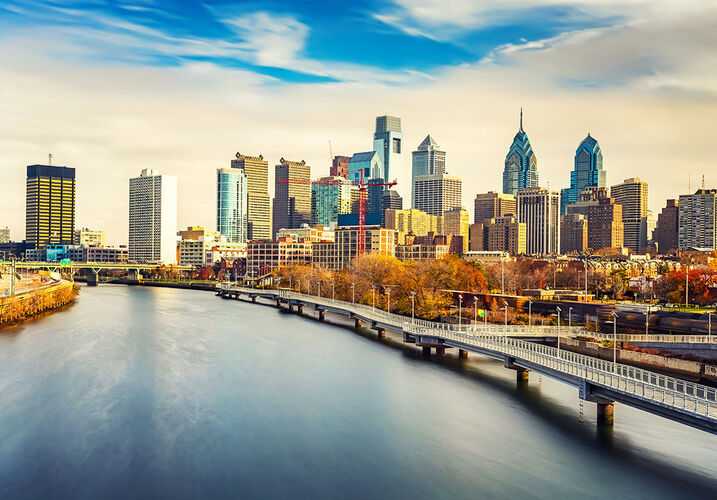 Today is Bike to Work Day, the culmination of a week-long campaign promoting cycling to work as a healthy alternative to driving. Events are held in major cities all over the world by bicycle-related organizations to help raise awareness about how to commute safely by bike, and some cities even hold cycling events.

Philadelphia is always sure to participate in Bike to Work Day. A bustling city with a growing population, Philly’s dedication to cycling as a mode of transportation has done wonders for its residents and visitors, winning accolades. Bicycling Magazine listed Philadelphia as one of its best biking cities of 2016, and in March VinePair named the city one of the country’s top 5 cities for “biking and beer.”

Philadelphia may be in the midst of a bicycling renaissance, but the seeds for it were planted long ago, and there are still a lot of plans to further improve infrastructure. There’s quite a bit that other cities could learn from the city. Here are 5 reasons that Philly is a top cycling city in this country.

Safe infrastructure and passionate communities don’t happen overnight. Despite recent developments, biking infrastructure has been a major concern of the city for years now. The Philadelphia Inquirer recently published a piece on Philly’s long history with bicycles.

Getting to today — when Philadelphia has a higher rate of cycling commuters than other large cities — took years of building awareness about the benefits of cycling and frequent demands for additional construction.

The Inquirer points to the 1970s as a critical time for these changes, when the Bicycle Coalition of Greater Philadelphia was formed and began campaigning for infrastructure funds and publishing commuter maps. This hard work culminated in a bicycle lane on Delaware Ave. in the 90s, the first of what turned out to be many.

Going back even further, petitions asking for bicycle lanes in Philadelphia have been traced back to the late 1890s. Compare this timeline to a city like Boston, which only recently showed commitment to cycling infrastructure, and it’s easy to see why Philly has been recognized as such a haven for cycling enthusiasts. Other cities need to recognize the long-term commitment needed for good, solid biking infrastructure.

A city like New York may have plenty of infrastructure in place for those who bike to work, but the unpredictability of both the terrain and the drivers of major roads can make it a deeply terrifying experience. Dangerous roads are a problem that plague many cities.

Biking as a form of commuting to work has seen an increase in the 2010s, and it has largely been attributed to the millennial generation, many of whom have forgone expensive cars in favor of taking their bike to work.

Biking down any road has its risks, but the uniquely flat terrain of Philadelphia can go a long way in helping assuage those fears. The combination of flat terrain and streets on a grid system doesn’t just make for a smoother experience for long-time cyclists; it also helps makes things easier for those looking to take up cycling for the first time. Cyclists of all levels can find something to enjoy about the cycling commute here.

Biking as a form of commuting to work has seen an increase in the 2010s, and it has largely been attributed to the millennial generation, many of whom have forgone expensive cars in favor of taking their bike to work. And in the past decade, Philadelphia has seen one of the biggest increases in millennial residents.

A report from Curbed showed that from 2007-2015, Philadelphia’s millennial population increased by 32 percent, while Billy Penn reported that the number of millennial residents went from about 300,000 in 2005 to approximately 415,000 in 2015.

This influx of younger, more socially conscious residents has been a boon for cycling in the city, as a more fitness-minded generation chooses a healthier and less costly way of getting to work. The question is, does one beget the other? Perhaps a dedication to keeping cycling commuters safe doesn’t just encourage biking as a mode of alternate transportation — it can also encourage certain demographics to reside there as well.

Cities with culture, sights to see, and history tend to bring in quite a bit of tourist revenue. Something that can go a long way is ensuring that there is a safe, fun, and affordable way to travel through that city and take in the sights — something like, say, cycling.

Lately, Philly’s tourism industry has seen an astonishing increase in the number of tourists who visit the city. According to CBS Philly, over 41 million tourists visited the city in 2016. That broke 2015’s record, which itself broke the previous year’s record.

This steady rise in tourists means there are tens of millions of people in Philly yearly with free time to explore this beautiful city. What better way to explore than with Indego, the bike share program that launched in 2015? It’s hard to see all those tourists on bicycles in the beautiful weather and not feel tempted to take it up yourself.

More and more cities are following in Philly’s footsteps by establishing bike share programs that entice tourists and residents alike. In 2016, St. Petersburg, Florida launched its own Coast Bike Share Program. Many hope this program will also help to reduce congestion in the traffic-heavy Tampa Bay area.

Even with the strides this city has made for decades with regards to bike safety, there is always more work to be done. And Philadelphia is prepared to get to work on creating even safer infrastructure and encouraging cycling as a commuting option.

With all of the infrastructure in place, it may surprise you to discover that the city’s first protected bike lane wasn’t put in place until September of last year. The lane, one mile long, is just a small part of the process, as Mayor Jim Kenney has promised to install 30 miles worth of protected bike lanes while he is in office.

That 30 miles looks a lot more realistic now, as the state of Pennsylvania recently awarded Philadelphia with $2.8 million meant to go to several different projects for alternate transportation, including 27 additional miles of protected bike lanes. This money will also go to an expansion of the Indego bike share program and a trail along the Delaware River.

In doing this, they recognize what other cities must pick up on if they wish to make strides with becoming a bicycle-friendly place: to succeed, a city needs to constantly expand its options and infrastructure. Philly’s decades-long campaign for everything it has worked for is merely the tip of the iceberg; the best cities for biking are constantly striving to improve.

Have You Been in a Biking Accident?

Bicycle accidents are, unfortunately, a risk involved in biking to work, regardless of terrain and infrastructure. If someone else’s negligence has caused your bike accident and subsequent injury, you may be entitled to compensation. An experienced bicycle accident attorney can investigate the accident and injuries, and help you file a lawsuit if they determine that you are owed damages.