Here's Why American Roads Are Getting Deadlier 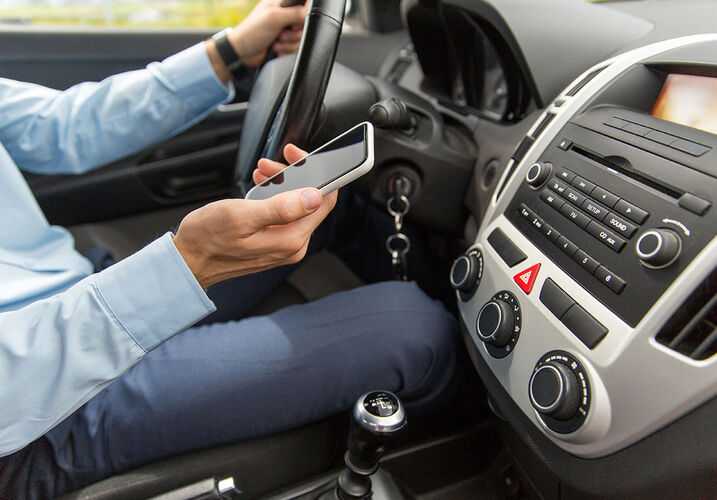 New statistics released by the National Safety Council on roadway fatalities reveal that 2016 was the deadliest year for drivers in a decade: 40,000 people were killed in car crashes last year.

Prior to 2015, fatalities on the road had been on a downward trend, perhaps because of the increase in safety features in cars and trucks.

So, why the increase in deadly auto accidents when new technology is making our cars safer?

According to the NSC’s numbers, 4.6 million roadway users required medical attention after accidents. Fatalities increased six percent compared to 2015, while the number of miles driven by Americans only increased by three percent.

The NSC’s data includes traffic deaths that occurred within 100 days of a crash and those that happened on private property, such as driveways and parking lots.

This upward surge in injuries, property damage and deaths comes after a record low of 32,675 roadway fatalities in 2014, according to National Highway Traffic Safety Administration statistics.

The NHTSA and the NSC have differed methods of calculations, but their fall projections concluded 2016 would have seen the biggest increase in motor vehicle fatalities in 50 years. NHTSA statistics for 2016 will be released later this year.

What’s Behind the Increase in Roadway Fatalities?

Cars today are safer than ever before. Automatic safety features such as emergency braking systems, stability controls, features like electronic warnings and rear cameras, and even advances in steel have objectively made vehicles less dangerous.

Yet, cars are (for the time being) driven by people, and human error is the leading cause of car crashes.

The NSC released a survey on Feb. 15 that gives insight into the types of risky behaviors drivers engage in behind the wheel, as it shows that although 83 percent of drivers surveyed believe that driving is a safety concern, what they reported to be comfortable doing while driving indicates otherwise:

There are also more people on the road these days. Historically, an improvement in the economy after a recession is linked to an increase in roadway deaths. With unemployment and gas prices both down, more people are driving for work and taking trips.

According to a statement to the Washington Post by Adrian Lund, president of the Insurance Institute for Highway Safety, teenagers who might not have been able to afford driving before are now on the roads.

And, although teenagers always have the highest fatal crash rates per mile driving, some are blaming millennials for the recent increase in roadway fatalities specifically.

A report from the AAA Foundation for Traffic Safety found that 88 percent of young millennials engaged in at least one risky behavior, including texting and speeding, while driving in the past 30 days. This makes them, according to the AAA Newsroom, the worst behaved U.S. drivers.

But, millennials are not the only group plagued by distraction behind the wheel. According to the same AAA self-reported survey of 2,511 drivers, drivers of all ages engage in risky behavior. More than 40 percent of the survey participants in total admitted to using their phones while driving, and nearly a third say they’ve sent texts or emails.

What Can Be Done?

The U.S. lags behind the rest of the developed world in addressing highway fatalities, according to Deborah A.P. Hersman, president of the National Safety Council and former chair of the National Transportation Safety Board.

Hersman and other safety industry experts have called for action to address this problem. But, what kind of action can drive down the human toll on our roadways?

In their release of 2016 statistics, the NSC called for immediate implementation of live-saving measures as part of its joint effort the with NHTSA and the Federal Motor Carrier Safety Administration to achieve zero road deaths by 2040. These measures include ignition interlocks for drunk drivers, better education about impairment, automated enforcement techniques to catch speeders, and extended laws banning all cell phone use behind the wheel - including hands-free devices.

Down the line, many look to autonomous cars to save us from dangerous roads. Eliminating human drivers altogether, many argue, would eradicate the danger in traveling by car.

In the meantime, researchers, product designers and policymakers are working on building technology that allows us to use our devices without peril, figuring that people will not give them up. Texting and driving, then, is not a millennial problem, but one that engineers need to solve.

Increased safety may not be far away, but today we risk our lives every time we get in a car. The roadways will continue to be dangerous as we wait on government agencies to implement tougher laws and engineers to develop fully autonomous cars.

If you’ve been the victim of a car crash or your loved one was killed in an accident, do not hesitate to contact our car accident attorneys. Fill out this free, confidential case review form to learn how we can help you get compensation for medical bills, injuries, and missed wages.