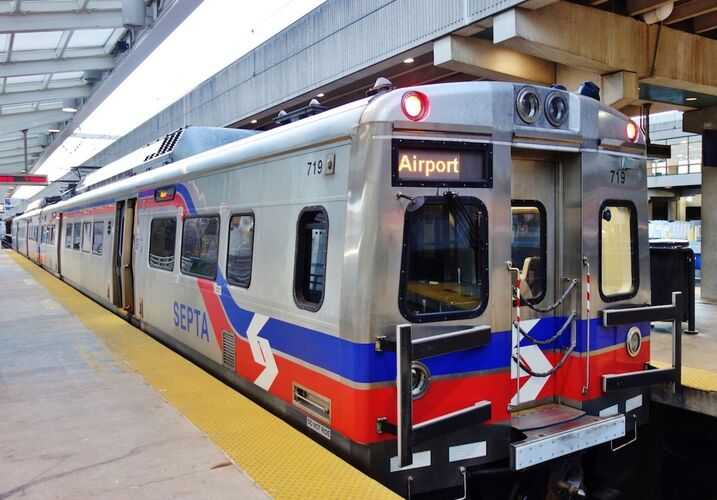 A train crash at the 69th Street Transportation Center in Upper Darby, Penn., overnight left at least 42 people injured in a collision that resulted in what one passenger has called a “bloody scene.”

At about 12:10 a.m. Tuesday, a Norristown High Speed Line train carrying passengers plowed into an unoccupied train idling in the 69th Street terminal, according to NBC10. The conductor and at least 41 other people were injured, with four in critical condition, SEPTA officials have said, according to NBC10. This is the second crash in the 69th Street terminal this year. There were no fatalities.

A passenger, who only gave his name as Ronnie, told NBC10 that “there was blood everywhere.” He was on the train and preparing to get off to catch his bus, when he was injured and blacked out on the train, according to the report.

“The driver is all banged up and there was this one girl bleeding out of her face pretty bad,” he told the news station. Upper Darby emergency crews responded promptly with about 20 ambulances, with the injured taken to eight area hospitals, according to The Inquirer.

Authorities don’t yet know how fast the train was going or what happened to cause the crash. Investigators with the National Transportation Safety Board are on the scene currently to try to figure that out, according to reports.

Upper Darby’s mayor, Thomas Micozzie, has expressed concern about the safety of the station, at which another crash occurred earlier this year in February. In that instance, an out-of-service Market-Frankford El train hit two others on a loop track in a rail yard, causing derailments and injuring four people, according to NBC10.

What Are They Doing to Make 69th Street Safer?

Currently, the Norristown line uses a safety system called Automatic Train Control, which warns a train operator if he or she is driving too fast. If the operator doesn’t respond, the system takes control. This is considered a safe system, but some train authorities use Positive Train Control, a more advanced technology that can take more control when necessary, according to NBC10.

Are You an Injured Passenger?

Thankfully, no one was killed in the crash. That said, there are more than 40 people whose lives were upended by what they trusted would be a safe, uneventful commute.

If you or a loved one were injured on the train, you might be able to recover compensation for the medical bills and other expenses incurred. Contact our experienced attorneys in our Philadelphia office for a free, no-risk case evaluation. We’ll discuss what options you might have to help get you or your loved one’s life back on track.

Feature Photo: A SEPTA train in Philadelphia (and not a depiction of the actual accident). Photo Credit: EQRoy/Shutterstock.com