Why the Volusia, Seminole Truck Stop Clash Could Endanger Your Commute 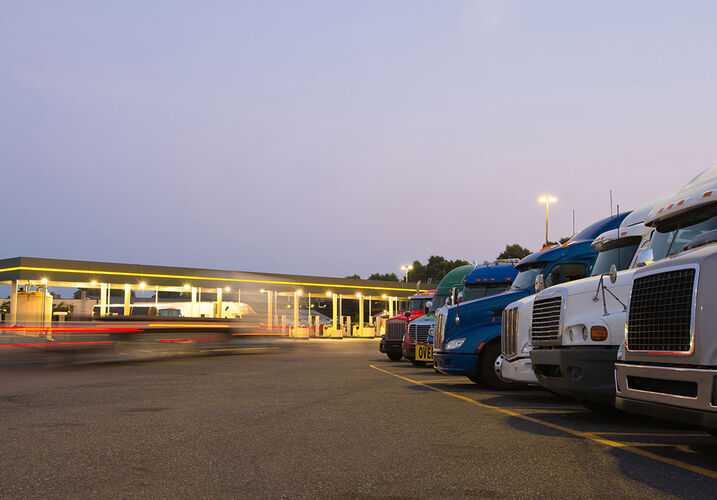 Seminole and Volusia county governments are bickering over a proposed truck stop move that could make roads more dangerous for drivers. Seminole County wants the Longwood rest area closed, and Volusia doesn’t want to fork over the real estate to replace it. The issue sparks concerns over each county’s business plans, but the real danger is how truckers not getting enough rest could affect you.

The desire to close the Longwood rest area stems from it being prone to crime and loud noises, while being too close to residents, according to some of Seminole County’s complaints. But a truck stop near Daytona Beach isn’t going to happen if Volusia County has anything to say about it, according to the Daytona News-Journal.

I-4 meets I-95 just outside Daytona Beach, making Volusia County a central cog in the journey north and south from harbors like Ports Everglades, Jacksonville, and Miami-Dade. Despite its strategic location, officials in Volusia County are vehemently opposed to building a truck stop.

Here’s why neither county is interested in a truck stop, and what it could mean for exhausted truckers and those who share the road with them.

Both counties contend that truck stops, which the Longwood rest area arguably functions as today, make their counties less appealing for business, especially near the highway. Volusia is even preparing to pass a resolution against them, per the News-Journal.

For some Longwood residents in Seminole county, the rest area is just a few hundred feet from their homes, bringing with it pollution, crime, and noise that negatively impacts their quality of life. In the past three years alone there were 50 calls to the Seminole County Sheriff’s Office from residents living near the rest area.

To that end, Seminole commissioners are pressing Volusia leaders to work with them and the Florida Department of Transportation to develop a real truck stop on an interstate in their county.

One leader of the metropolitan planning organization governing Volusia mentioned a truck stop isn’t in the current vision for the county’s highway real estate, but some commissioners have more pressing misgivings.

They claim Seminole, one of the highest income counties in Florida per the News-Journal, is trying to pawn off a truck stop on Volusia to improve their own area. If Seminole commissioners are so eager to share the positive effects of a truck stop with Volusia County, why don’t they want one of their own?

It’s hard to say what officials are really thinking about this matter behind closed doors, but one thing is clear: Neither county wants a truck or rest stop within its borders. Except of course the people who are most affected by the decision, the truckers.

Driver Wellbeing is a Factor

Even though the trucks might not bring a ton of business to either county other than at a stop here or there, you can’t say trucks don’t invigorate the economy. They haul goods from place to place, and as the old adage goes, “if you bought it, a truck brought it.”

The counties should be willing to reconcile and find space for a rest stop or think of a different way to accommodate the needs of the drivers, according to the Florida Trucking Association’s vice president.

Both counties raise some interesting concerns, but with truck drivers already having to marathon through both counties in some instances, there is potential for a dangerous accident. “It’s either build more truck stops, or build more funeral homes,” one driver told the News-Journal.

If truck drivers decide to stop even when there are no truck stops around, it might be somewhere cramped where they don’t have enough room to maneuver, or disrupt the flow of traffic. If the Longwood rest area is closed down, the next best place for northbound truckers to stop might be Love’s Travel Stop in Ormond Beach, 50 miles further away. The prospect is daunting for truckers, and for your safety.

What if They Can’t Stop?

Rest stops are critical for the wellbeing of truckers. Truck driver rest time is highly regulated by the Federal Motor Carrier Safety Administration, but if truckers have nowhere to stop, they may end up forced into a position they don't want to be in. This is dangerous for them, and the drivers they are sharing the road with.

Our attorneys are in Daytona Beach knowledgeable about all aspects of auto accident law, including the specifics of truck accidents. They can help pursue your claim in a variety of ways, and potentially get you the compensation you need. Fill out our case evaluation form for a free, no-risk look at the specifics of your claim.