Man Struck And Killed After Falling Onto Tri-Rail Tracks 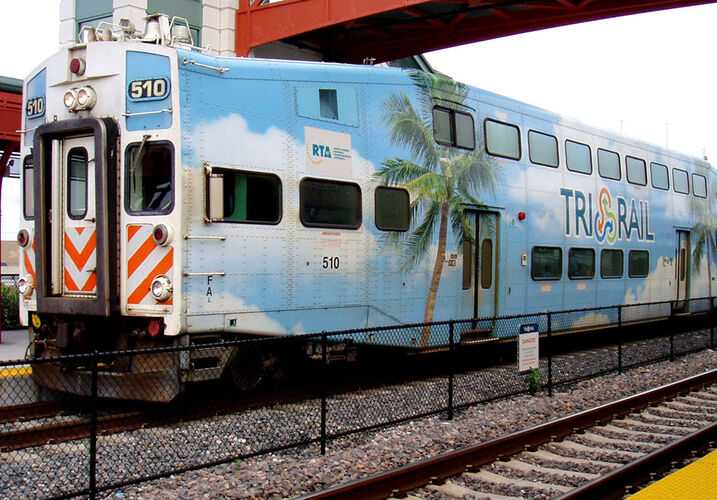 [Update: An eyewitness told the media the man raced to the train and attempted to board as the doors closed, but slipped and fell onto the tracks, where he was killed. Approximately 250 passengers were on the train, according to Tri-Rail.]

A man died after falling onto the Tri-Rail tracks at the Pompano Beach Station, where he was struck by a departing train Friday morning.

Authorities are calling the fatality an accident. The victim tried to catch a departing train around 8 a.m., according to eyewitnesses and fire rescue officials.

“Part of [the train] was still in the station,” Tri-Rail spokeswoman Bonnie Arnold told{: target="_blank"} the Sun-Sentinel. Officials moved passengers off the train and to another platform, and dispatched buses to other stations to lessen delays.

A person has been killed after they were struck by a Tri-Rail train in Pompano Beach this morninghttps://t.co/vpsqhVDiPd

The Tri-Rail has gained a reputation for accidents. One train struck and killed a woman in February, according to the Sun Sentinel. Another train hit and killed a man just last month. Last year, one train went “missing” after emergency services dispatched first responders to the wrong location following poor information from a Tri-Rail representative. The responders arrived at the scene half an hour and 2,000 gallons of spilled gasoline later. That train had 56 passengers on it.

Tri-Rail has implemented{: target="_blank"} several changes, like real-time tracking, in an effort to improve the system’s service, according to the Sun Sentinel. But the body count is piling up, and public transportation operators owe a greater burden of care to their riders.

The South Florida Regional Transportation Authority manages the Tri-Rail commuter line, designated a “common carrier.” The law imposes greater responsibility on common carriers to keep passengers safe. Their liability can be greater if they fail to do so.

Common carriers often operate larger vehicles like buses and trains, which can increase the extent of damage due to their size. Trains in particular are difficult to stop, and sometimes afford conductors very little visibility. These factors can combine to yield serious, often deadly accidents, like the fatal Hoboken crash.

The circumstances surrounding common carrier accidents can be difficult to understand, and may require lengthy investigation before filing a lawsuit for your damages. A knowledgeable attorney can assist you in learning out more about your situation, such as the common carrier’s history and the legal options available to you.

In the meantime, the Tri-Rail accident investigation is ongoing. The Broward Medical Examiner’s Office is on site, and passengers are still being redirected.