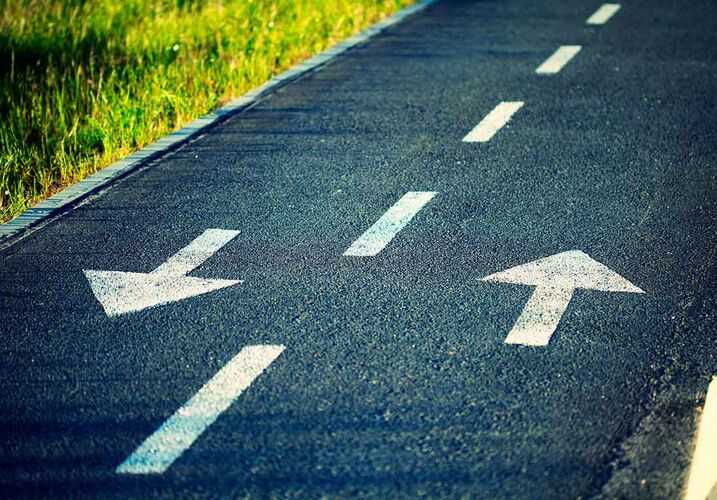 Discussions for St. Augustine’s city wide mobility plan continue to be in the works, but one official at last week’s meeting proposed the city begin improvements as soon as possible. With three new traffic elements recommended, how would each impact the city’s drivers, pedestrians, and cyclists?

The plan is set to improve the city’s mobility by touching upon issues such as parking and traffic congestion. But some, like Mobility Advisory Task Force member Ryan Carter, believe the city should get the ball rolling and address “low-hanging fruit” where possible — and quick.

“Obviously there is a sense of urgency,” said Carter to the St. Augustine Record. “And they’re sick of the scenario that we’re living in, and so there does need to be a paradigm shift.”

Carter proposed the city focus on certain traffic elements right away, including one-way street conversions, traffic light timing, and a beach shuttle. While findings and review of the plan’s framework will not be discussed until October 10, how would the three aforementioned traffic components potentially impact the residents and tourists of St. Augustine?

From a traffic engineering perspective, one-way streets are perceived as the perfect roads to hit the gas, says CityLab, The Atlantic’s offshoot publication. Because drivers are not faced with oncoming traffic in the opposite direction, speeding up may seem like a tempting way to approach a one-way.

But as cities grow, their safety and livability needs shift, according to the report, making one-way to two-way street conversions an appealing traffic improvement to consider.

CityLab analyzed problematic streets in the Louisville, Kentucky area that recorded heavy traffic collisions in the span of five years. After one-way streets were converted to two-ways, officials noticed a significant decrease in car wrecks — accidents on one street went down 36 percent, another 60 percent. The newly implemented conversion also caused drivers to accept slower speeds in exchange for a more direct access to their destinations.

The Federal Highway Administration supports this finding, stating that two-way streets simplify crossings for pedestrian due to slower speeds. And this might be a beneficial thing, as St. Augustine attracts thousands of tourists yearly who are exploring the historic Florida city by walking. After all, the American Automobile Association ranked St. Augustine as one of the most walkable cities in America.

In 2014, the St. Augustine Record reported that a dozen intersections would be changed to improve traffic flow throughout the city. The Florida Department of Transportation re-timed traffic lights including U.S. 1, King Street, and San Marco Avenue. Naturally, the project did not encompass the entirety of the city and traffic signals must also be re-timed due to ever-changing traffic conditions.

While it is unclear how extensive their demands are regarding this issue, or whether the city will consider this, the Task Force has suggested that traffic light timing should be considered as the plan is being composed. Efficient use of traffic light timing can help various traffic factors, including improvement of air quality and reduction of fuel consumption, says the FHWA. If cars are moving along at a steady pace, instead of sitting at a red light for long periods of time, less gas is utilized and spewed into the air.

Improved traffic light timing, the FHWA argues, could postpone or eliminate a town or city’s need to construct additional road capacity. It may also reduce congestion and aggressive driving behavior, which in turn decreases the number of serious accidents. For example, improved timing could prevent an aggressive driver to speed up during a yellow light (instead of stopping) or weave through congested traffic by constantly changing lanes because a green light runs for a longer period of time.

Congestion and on-street parking have been major concerns to the residents of St. Augustine, and the mobility plan does aim to improve both issues. But in the meantime, Carter and his team have proposed regular beach shuttles that would take residents as well as out-of-towners from the city to the local beaches.

“I try to encourage people waiting in their cars for parking spots to follow me back to the lot and take the shuttle instead,” Joseph Salano, a shuttle driver told the St. Augustine Record earlier this summer.

Salano was operating a shuttle that the city provided for the residents to travel to beach during the Fourth of July weekend. But he believes that many people didn’t realize that the shuttle was an option.

An increase of beach shuttles and, more importantly awareness, could in fact benefit the city of St. Augustine. The shuttles would allow for less traffic congestion to build up, especially during peak holiday and summer seasons. And with fewer cars on the road, this means fewer drivers fighting for a parking spot in and around the downtown area and beach parking lots.

St. Augustine wouldn’t be the first city in Florida to have a robust shuttle presence. Towns like Cocoa Beach and Daytona Beach already boast shuttles to and from their local beaches.

The St. Augustine mobility plan is still in the works, with a review meeting planned for October 10. Until then, and until work begins across the city, car, pedestrian, and cycling accidents continue to be a concern.

At Morgan & Morgan, we understand that being a victim, or having a loved one as a victim, of such an accident can be devastating and puts your life on pause. Visit our car accidents page to learn how an attorney can help you deal with Florida’s PIP insurance, recover costs of medical bills, lost wages and more.