Traffic Deaths See Record-Breaking Rise: How to Stay Safe During a Dangerous Time 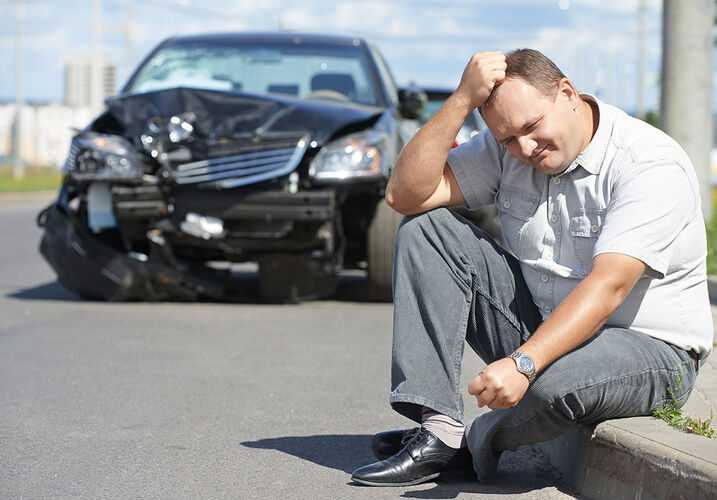 Traffic fatalities are up in a big way so far this year, following a treacherous 2015 that ended a five-decade trend of declining deaths. Although the federal traffic safety agency knows why, it’s not sure what to do about it. This is leading to a fascinating effort to involve the public in solving one of our time’s biggest problems.

So far this year, there have been 19,100 traffic deaths compared to 17,530 at this point last year, according to a CNN report. But that’s not even the most startling part.

Last week, the National Highway Traffic Safety Administration highlighted a startling state of affairs on our nation’s roads: The percentage-increase of deaths has shot up higher than it has in nearly 50 years. In 2015, there were 35,092 people killed on the road, which represented a 7.2 percent increase over 2014 and marked the end of a the decades-long shift to safer travels that began in the 1960s. Specifically, the last time there was a percentage-increase like that was 1966.

This is a huge problem and NHTSA has taken to releasing all of the 2015 crash data from its Fatality Analysis Reporting System — with names and other identifiers removed for anonymity. The agency’s hope is that state and local officials, data scientists, policy experts, private-sector experts, technologists, and others might be able to discover a way to reduce the number of traffic fatalities, according to the agency.

If there’s any up-side to this, it’s that NHTSA thinks it knows why the roads are getting deadlier for motorists. The agency highlights cheaper gas prices, a strong economy, and climate change, among other factors. It does not yet know though, to what extent these factors specifically affect traffic fatalities.

The agency zeroed in on four main areas that are sources for the 2015’s traffic deaths: speeding, representing about 29 percent of fatalities; alcohol-impaired driving, about 31; no restraints, such as seatbelts, about 30; and distracted driving, about 11 percent.

Below are some ways motorists can help keep the roads safer, and reduce those statistics.

Book-End Your Good Time By Getting into the Passenger Seat

The most frequent cause of traffic fatalities caused by human error is drunk driving, according to NHTSA. Even though the dangers of drunk driving are well-known, people continue to risk their lives and the lives of others despite the numerous way to avoid driving impaired these days.

One key way to avoid injury or fatalities on the road is to get a designated driver. That sober individual will be able to responsibly take you home, and you’ll be able to have a good time without having to risk hurting yourself or others.

Alternatively, it has never been easier to order a cab or use one of the many ridesharing apps that exist. This could be difficult if you live in a more rural area, though, so check if your town has a program in which good samaritans drive home those too impaired to drive themselves. This may embarrassing, but it is less shameful (or worse) than getting into a car accident because you were drunk.

If you get into an accident driving 40 MPH and are not wearing a seatbelt, the car will stop but you will continue moving at that speed. This basic lesson in physics seems obvious, but for 13 percent of the population in 2014 it was not, according to the U.S. Centers for Disease Control and Prevention. Even though seatbelts reduce the likelihood of a traffic related injury by half in the event of an accident, only 87 percent of drivers said they wear a seatbelt in the car.

The CDC estimated that 12,802 lives were saved in 2014 because of seatbelts, and that number is only with the 87 percent compliance. The takeaway is that wearing a seatbelt should be one of the many habits associated with getting into the car. Make it as much of a priority as starting the car, turning on the radio, and anything else you do before shifting into drive.

Speeding is the third-most common reason for fatalities in crashes caused by human error, according to NHTSA. Speed limits are good for reducing traffic accidents, because they cap motorists at a reasonable speed, which gives motorists slightly more time to make decisions behind the wheel.

If your safety was not incentive enough, decreasing your speed will also save you money and is better for the environment. Driving slower burns less fuel, and even though gas prices are down, why not drive a little slower so you can spend less money on gas and more on things you actually want? The added benefit of driving slower and using less fuel is that you will use less gasoline and reduce the emissions from your car.

Even though distracted driving accounts for the fewest number of fatalities in crashes caused by driver error, it has changed the most out of everything else on this list in the last decade. While seatbelts, speed limits, and the causes of drunk driving have largely remained unchanged, the things that could distract a driver have grown exponentially.

Specifically, smartphones have made it more difficult for a person to stay focused on the road — motorists seem to fear they’ll miss something happening on their phone. Also, using a GPS on the phone could mean having to glance away from the road if you don't have a mount that keeps it in your view of the road. Reducing the need to look away from the road, for any reason, will reduce the likelihood of an accident and the fatalities that could result from it.

What if Something Happens to You on the Road?