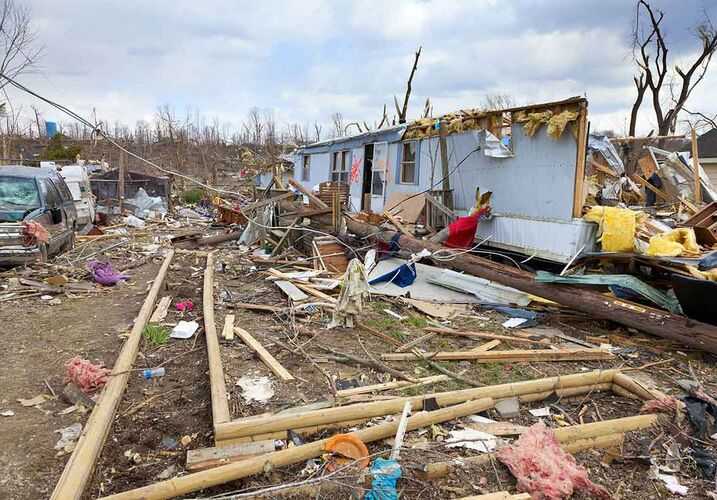 Last weekend’s tornado outbreak was more deadly for the country than all the tornadoes in 2016 combined. From Thursday through Sunday, 60 tornadoes tore through the Southeast, killing over 20 people, according to The Weather Channel.

Tornadoes were reported in Louisiana, Mississippi, Alabama, Georgia, Arkansas, Texas, South Carolina and as far south as Florida. Most of them formed in southern Georgia, where 15 people were killed and neighborhoods were ravaged. Four people died in Mississippi, one in Florida, and one as far north as Philadelphia when the storm moved up the east coast and turned into a nor’easter.

State officials have called on the federal government to send emergency aid to their devastated communities.

If you were affected by the tornadoes this past weekend, call our tornado attorneys today. We may be able to help you get the insurance payment you need to begin rebuilding your home.

Tornadoes wreaked the most havoc in Georgia. At least 24 touched down in the single state between Jan. 21 and Jan. 23, as confirmed by The National Weather Service.

Apart from taking the lives of 15 people, tornadoes injured 43 others between Saturday evening and early Sunday morning according to the Georgia Emergency Management Agency.

Six people are believed to be missing, including a 2-year-old boy who was caught in a tornado in Dougherty County in southwestern Georgia, according to CNN. Authorities are still searching for the boy.

The chairman of the Dougherty County Commission, Chris Cohilas, called upon the Federal Emergency Management Agency to provide on-the-ground assistance since the beginning of the month, when other storms hit the county. In a news conference on Monday, Cohilas said FEMA has not been responsive. He asked President Donald Trump for federal help to “cut through the bureaucratic red tape.”

FEMA stated it is conducting initial assessments in Georgia this week, including a flyover, to determine the need for individual and public assistance. The agency has sent representatives to emergency centers in Alabama, Mississippi, Georgia, and Florida and has teams on standby.

Meanwhile, Governor Nathan Deal declared a state of emergency for 16 counties and has said the state is seeking federal help. The Georgia House of Representatives voted Tuesday to put $5 million into the governor’s emergency fund to help south Georgia storm victims, according to the Atlanta Journal-Constitution. President Trump said Sunday he spoke with Governor Deal and that the government would be helping out the state of Georgia.

The tornadoes totally ravaged the area: the state is filled with overturned cars, broken trees and debris. Survivors are in shock after seeing their neighbors killed and homes destroyed.

Dougherty County EMA director Ron Row said in a press conference the scene is one of “total devastation and destruction.” “We have several neighborhoods,” he continued, “that have just been removed.”

The rest of the south fared only slightly better.

The Governor of Mississippi, Phil Bryant, also declared a state of emergency. Tornado winds in Mississippi reached between 136 and 165 mph on Saturday. According to the Mississippi Emergency Management Agency, four people were killed and more than 50 were injured in Forrest County, with most of the damage occurring near Hattiesburg and Petal.

In Alabama, 17 tornadoes were confirmed and 15 counties reported damage.

Seven tornadoes were confirmed in Louisiana, which damaged houses and overturned mobile homes.

In Florida, two twisters formed in south Florida on Jan. 23, causing tree and structural damage in Hialeah and Miami Springs. Fierce winds took down power lines and knocked down trees.

Once the storm was done ravaging the Southeast, it became a nor’easter and moved up the Eastern seaboard overnight into the morning of Jan. 24.

What To Do After a Tornado Strikes

Tornadoes are disorienting and devastating. If you’ve been through a tornado, there are four things you should do immediately. It’s important to get in touch with your insurance company as soon as possible.

Even though tornadoes wreak terrible destruction and can even leave families homeless, insurance companies often try to minimize the amount they will pay to people affected by storms. If you’ve suffered damage from a tornado and your insurance company has denied your claim, or you feel they underpaid, contact our attorneys.

Our experienced tornado attorneys work with construction contractors, engineers, forensic meteorologists, and other professionals to try and win your case. Fill out our free case evaluation at no risk to you.