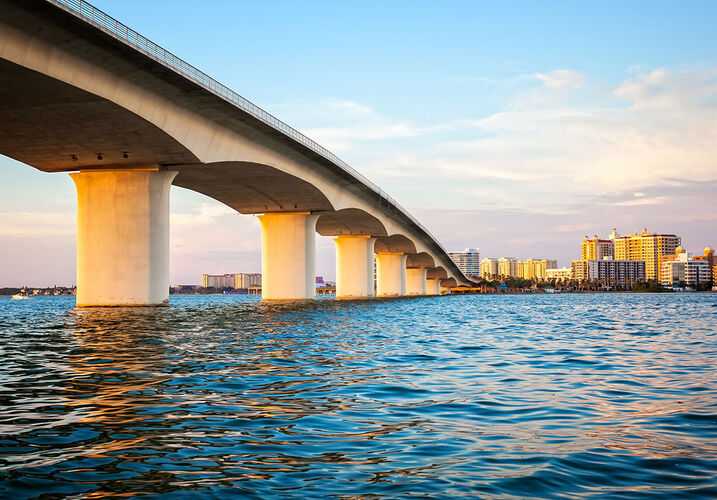 Construction on the I-75’s University Parkway Diverging Diamond Interchange has been an annoyance to Sarasotans for months, but fortunately, road work is suspended between Thursday and Sunday in observance of Thanksgiving. Although it will certainly help to not have this construction project create delays and detours during the holidays, don’t expect this Thanksgiving travel season to be an easy one.

Suspended road work is a small consolation when you consider this shocking forecast for Thanksgiving 2016: 48.7 million Americans will be traveling this week. That’s an increase of one million travelers compared to last year, making this Thanksgiving holiday travel season the busiest since 2007, according to the American Automobile Association.

So, how can families in Sarasota deal with this big increase in traffic and safe stay when driving to grandma’s house for Thanksgiving?

The data revealed that the Wednesday before Thanksgiving is the worst traffic day, specifically between 3 and 5 p.m. It’s best to leave before 2 p.m. or after 7 p.m. on Wednesday if you want to avoid heavy traffic. If possible, leave on Thanksgiving Day, which Google found to be the easiest travel day of the week, as most people have already arrived at their destination.

Plan Your Route Ahead of Time

Before you hit the road, check traffic reports to make sure that your planned route isn’t excessively blocked by congestion caused by a car accident. Have a few alternative routes planned just in case. Expect to find extra congestion on normally traffic-heavy routes including I-75, Cattlemen Road, U.S. 41, and University Parkway.

Between playful children in the car, snacks on the road, and texts from family members asking if you’re almost there, it can be difficult to focus all of your attention on the road during holiday travel.

Fortunately, families can minimize distractions in the car a number of ways.

To reduce the temptation to check your phone, turn it off or stow it away, advises the Governors Highway Safety Association. Alternatively, have a passenger in your car act as a “designated texter.” They can safely respond to any texts or calls you receive while at the wheel.

Refrain from eating and drinking while driving, as it increases the likelihood of a crash by 80 percent, according to estimates by the National Highway Traffic Safety Administration. Save your snacks for when you stop at a highway rest area, or better yet, eat before you go.

If the kids are getting a little too rambunctious in the car, pull over to a safe place to address their behavior and calm them down, recommends GHSA. Don’t turn your head to talk to your children while in motion, reach into the back seat, or otherwise take your eyes or attention off the road.

When Accidents Threaten to Ruin Your Holiday

Even the safest drivers can have their holiday spirits dampened by a serious crash caused by the thoughtlessness of another motorist. If you or someone you love has been hurt in a car accident that was caused by an inattentive driver, we may be able to help.

Read more to learn how our car accident attorneys in Sarasota will fight on your behalf to try and get you the compensation you need for your medical bills, pain and suffering, and more. If you are ready to pursue a claim, fill out our free, no-risk case evaluation form today.