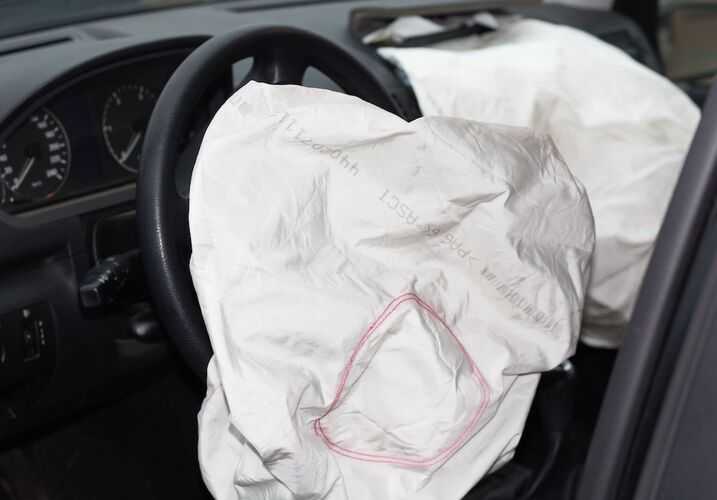 Her airbag went off "like a grenade." It left her injured and confused why a safety device put her in more harm, but she's doing something about it. An Orange County, Florida, woman is the latest to file a lawsuit against airbag manufacturer Takata in a series of high-profile injuries and deaths all over the country. Cecelia Dowdye, represented by our very own Andrew Parker Felix, is suing Takata and Mazda after she was injured by shrapnel when her airbag ruptured.

Following the news, some people who own cars with Takata airbags appear to be wondering if their airbags could be doing more harm than good and would be better off deactivated. Certainly, these airbags shouldn't harm motorists and leave them with cuts that require stitches. However, officials advise against outright turning off an airbag.

Dowdye was involved in a minor accident while driving her daughter’s 2006 Mazda 6, prompting her vehicle’s airbag inflator to explode “like a grenade,” according to Felix.

The victim was seriously injured by the shrapnel, which shot out at 200 to 300 miles an hour after the airbag ruptured. Even though she was involved in only a minor, low-speed accident, Dowdye sustained serious lacerations that still cause her numbness and pain due to the dangerously defective airbag.

The horror stories on the news about Takata airbag’s shooting shrapnel have prompted many drivers to think about deactivating their airbags. Although fear over Takata’s defective airbags is well-justified, experts highly advise that people do not deactivate their airbags.

When asked by Channel 9 what she would say to people who are considering disabling their airbags, Sgt. Kim Montes of the Florida Highway Patrol said “Absolutely not," explaining how airbags have saved far more lives than the defective Takata airbags have harmed.

But just how many lives have airbags saved since they were invented? Today, we look into the history of the airbag and how airbags — when they work properly — save lives.

When Were Airbags Invented?

The first model of airbag was patented by John W. Hetrick in 1953 after an accident involving him, his wife, and his seven-year-old-daughter, according to Consumer Affairs. After the accident, Hetrick wondered, “Why couldn't some object come out to stop you from striking the inside of the car?”

This early design led giants in the automotive industry, such as Ford, Mercedes-Benz, and General Motors, to experiment with the inflatable airbag design. After a federal law was passed mandating all cars to have an “automatic occupant protection system” by 1969, the standard for airbags as a regular automotive safety feature was born.

How Many Lives Have Airbags Saved?

Airbags and seatbelts are the two most highly lauded automotive safety features, and are instrumental in both saving lives and reducing the severity of injuries during car accidents. From 1969 to 2012, frontal airbags have saved 42,856 lives in the United States, according to a study by the National Highway Traffic Safety Administration. Side-impact protection features, including side airbags, have saved approximately 32,288 lives, the agency says.

How Do Airbags Work?

The biggest issue with Takata airbags is the volatile nature of their chemical airbag propellent, ammonium nitrate. When placed under the stresses of heat and humidity, the chemical becomes unstable, which then causes the airbag and its inflator to explode and shoot out shrapnel upon deployment. As a result, these defective airbags both fail to protect vehicle occupants during a crash, and then cause further harm with flying metal that can leave motorists and their passengers requiring stitches.

But how do airbags work when they are in proper condition? Airbags reduce the chance of a passenger striking their head or upper body on the vehicle’s interior during a car accident. When a moderate to severe crash occurs, a signal is sent from the airbag system’s electronic control unit to the inflator, according to the NHTSA.

A chemical reaction then occurs which inflates the airbag within less than 1/20th of a second, before the occupant can strike the inside of their vehicle. The airbags will then deflate, to prevent any chance of smothering the driver or passenger. The entire process, from airbag inflation to deflation, occurs in under a second.

When Your Injuries Come From the Airbag, Not the Accident

Airbags are a truly lifesaving invention, but unfortunately they don’t always work as designed. If you needed to get stitches after sustaining serious cuts in an accident that involved a deployed airbag, those injuries might be the result of your airbag, not the accident. Contact us today to learn if your injuries were caused by a defective Takata airbag.