Government Report: Could Data Show that Takata Airbags Injure Drivers Without Them Realizing It? 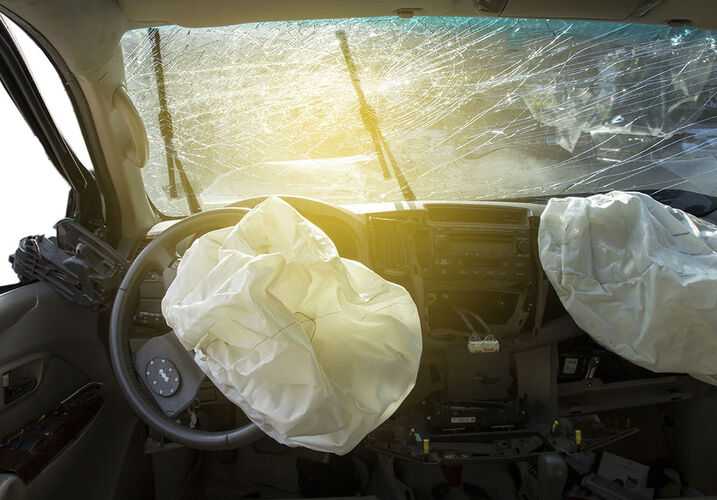 What if you get into a car accident and it’s the airbag — and not the crash — that cuts you? That could be the case for millions of drivers out there who haven’t gotten their Takata-made airbags replaced as part of the nation’s largest auto recall. To encourage people to act, the federal highway safety watchdog on Sept. 23 released the results of tests on recalled airbags that shot metal shards when deployed. It’s an issue of increased importance in light of the deaths and injuries associated with these risky airbags.

For months, there has been a massive recall of Takata-made airbags, with both the National Highway Traffic Safety Administration and car makers asking the public to bring their cars in to get their airbags replaced. The NHTSA report reveals that, during its tests of airbags that were replaced, 660 out of 245,000 airbags ruptured when deployed. Specifically, this means that when the airbag deployed during testing, it inflated with too much force and showered the vehicle's interior with shards of metal.

Don’t Get Fooled by the Small Percentage, This Is a Major Danger

While the ruptured airbags make up just 0.03 percent of the airbags that were tested, the percentage does not adequately explain how dangerous it could be to drive with a Takata airbag. When you consider that 245,000 is just a small percentage of the 70 million airbag inflators that have been recalled in the U.S., it puts the potential danger in perspective.

To date, just 10,683,680 of the 70 million airbags that were recalled have been repaired, according to NHTSA. Even though almost 11 million seems like an impressive number, it is dangerously low when you consider the scope of the entire recall. If this seems scary, it should be. NHTSA released this information to scare people because not enough car owners are taking the recall seriously.

Why Bother at All with Replacing Your Airbag?

A survey conducted by vehicle valuation and automotive research company Kelley Blue Book that measured where the Takata recall ranks compared to popular news stories of the day found that only 52 percent of respondents were aware of the recall. More worrisome, though, among those who claimed to be aware of the issue, less than a third said they were very or extremely concerned about the problem. Worse yet, 40 percent of those who claimed to be aware of the recall have done nothing to find out if their vehicle was affected or how to fix it.

This should not be the case, though.

If the findings by NHTSA were extrapolated for all 70 million airbags that have been recalled in the U.S., that would mean nearly 189,000 people are driving around with a Takata airbag that could rupture in the event of a crash.

Of course this is not the exact number of people who are at risk, because more than 10 million airbags have been repaired. Also, not all the airbags pose the same level of threat. However, even if the number was 100,000 or 50,000, is that a risk you are willing to accept each time you get in the car?

Are the Number of Takata Related Injuries Being Underreported?

While the exact number of Takata airbags that could rupture is unknown, the findings made by NHTSA suggest that the number of deaths and injuries that have been reported are low. One may question: How can there be 660 ruptures in 245,000 airbags, when there have only been 16 deaths, and under 200 reported injuries out of 70 million airbags?

Based on this data, it would seem like the number of people injured by a Takata airbag has been underreported. Yet, it makes sense if you consider that people typically don’t suspect the airbag is the cause of their injuries.

What Do I Do if I Was Injured in an Accident Involving a Deployed Airbag?

If you sustained cuts or lacerations during an accident in which an airbag deployed, and required stitches to heal, you may have been injured by your vehicle’s airbag.

Our attorneys might be able to help determine if your injuries were sustained because of a defective Takata airbag. If they find that you were, you may be entitled to compensation for past and future medical bills, lost wages, special accommodations, and your pain and suffering. Contact us today for free, no-obligation case evaluation to find out if you have a claim.