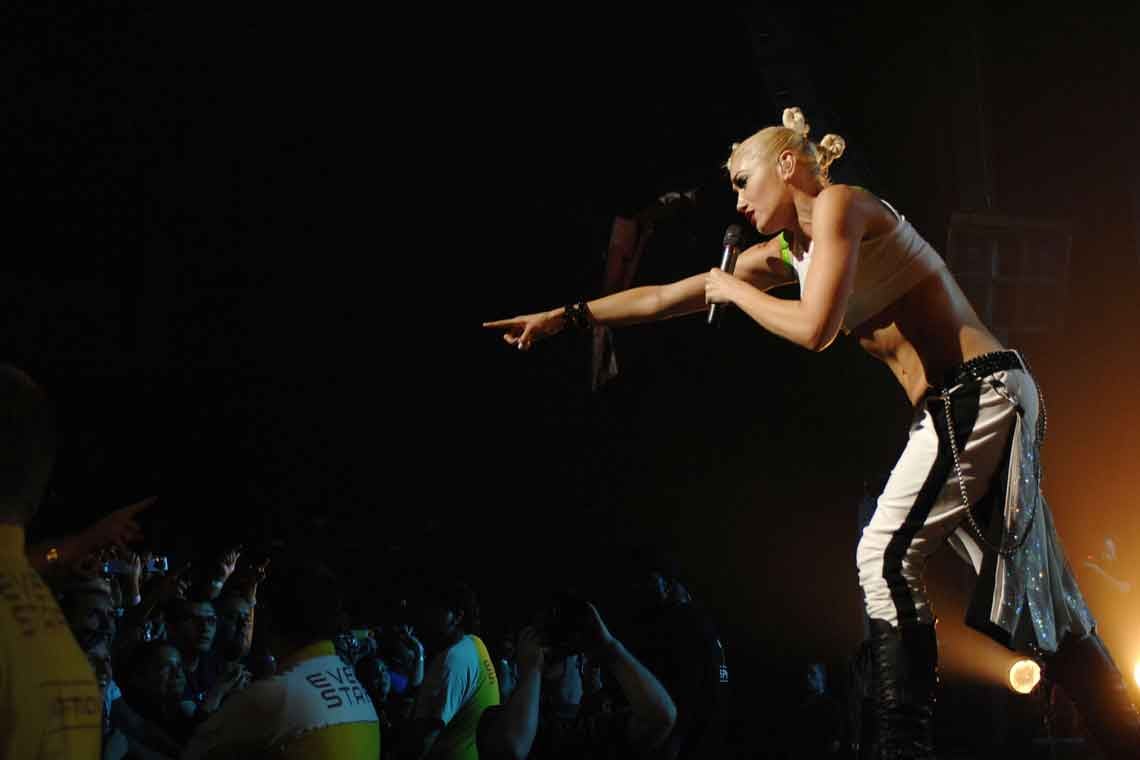 At the July 2016 concert, Stefani reportedly asked security to allow fans to move closer to the stage, saying “I don’t think anyone’s going to care. Just fill in anywhere you like,” according to the Charlotte Observer.

The invitation resulted in a stampede to the front, and the Observer estimated the number of fans in the pit area nearly tripled. Lisa Stricklin, the injured concertgoer, suffered a broken tibia as “people [rushed] from the lawn seats, knocking over and breaching the security barricades and jumping over seats in the reserved seating area,” according to the filed complaint.

After just one song, Stefani admitted she “got in so much trouble" for telling the crowd to move closer to the stage, and requested the crowd vacate the fire lane and return to their seats. But few moved away from the stage, according to the Observer's concert review.

It’s not clear if Stefani’s actions contributed to Stricklin's injury, and it remains to be seen whether or not a court will impose penalties. Regardless, venues have a duty to their patrons to keep them safe and prevent dangerous circumstances from cropping up.

Venues Have to Protect Their Visitors From Harm

Concertgoers are invited to a venue’s property, meaning landlords owe them a “reasonable duty of care”. Protecting visitors is an often overlooked aspect of hosting an event. Landlords or operators must inspect their place of business, identify dangers, and warn invitees of potential harm if they fail to comply.

Some of the most common premises liability lawsuits arise from:

This list isn’t exhaustive. A concert in particular is a perfect place for liability, with overcrowding, mosh pits, and the presence of alcohol amplifying both danger, and the expectations of security a landlord must meet.

If you’re injured at a concert or another venue and you believe the landlord or tenant may be responsible, you may be able to receive compensation for medical bills, lost wages, and more.

For now, the lawsuit seeks $150,000 in compensatory damages plus punitive damages against Stefani, who hasn't responded publicly to Stricklin's lawsuit yet.