The Dark Side of the Solar Eclipse

It’s finally coming Monday: the much-discussed solar eclipse. For the first time in almost 100 years, all of North America from coast to coast will in varying degrees witness the sun temporarily lose its powerful shine. The fantastic show will be tough to resist.

People are setting up their viewing spots and buying up special glasses so they can look at it, and some property owners are even opening up their land to excited spectators.

For information on where and when to see the eclipse, check out NASA’s eclipse guide.

Towns along the eclipse’s trajectory — those along the so-called “path of totality” that traces a total eclipse — are preparing for hordes of watchers. Even Bonnie Tyler, singer of 1980s hit “Total Eclipse of the Heart,” will be participating in festivities by performing her song on a well-positioned cruise ship as the eclipse hits.

Overall, it’s proving to be a big draw. However, there are some safety and legal considerations some people might not take into account in their fervor over this rare event (the last coast-to-coast total solar eclipse in the United States was in 1918).

Retailers are selling special sunglasses that allow people to view the solar eclipse without seemingly having to worry about damage to their eyes. The only problem is that not all of them work, setting up a safety and product liability nightmare.

This week, Amazon emailed warnings and issued refunds to many customers who purchased special eclipse sunglasses, saying some of them aren’t safe to wear. NASA and the American Astronomical Society have said people should only purchase glasses created by reputable vendors that carry the international safety standard code, ISO 12312-2, according to PBS.

NASA- and AAS-approved glasses block 100,000 times more light than typical sunglasses. If you wear sunglasses that aren’t properly made and you look at the solar eclipse, you could end up with blurry vision or even blindness.

The Federal Highway Administration is bracing for what it anticipates could be traffic chaos when the solar eclipse hits. Depending on where you’re at in the U.S., it could be as early as 9 a.m. or as late as 4 p.m. Even if you’re not intending to drive anywhere to see the eclipse, you will likely be affected.

This is especially true for the 14 states from Oregon to South Carolina over which the 70-mile-wide path of totality will run. The spectacle and perhaps anxiety the eclipse fosters could cause gridlock and motor vehicle accidents, the agency says.

Nashville, the largest city along the path, should expect to see a total eclipse at 1:27:25 on Monday afternoon for about two minutes, although the eclipse will be around for almost three hours in some form.

Drivers will have to endure traffic jams, rubberneckers, pedestrians, and other obstacles. This is particularly true for small towns without the infrastructure to handle massive upticks in traffic — even the best-laid traffic plans might be no match for an onslaught of cars. In Wyoming, they’re expecting an onslaught of 600,000 people from neighboring states, for example, according to the Denver Post. That number exceeds Wyoming’s entire population.

“[Back in 1918, when the last big solar eclipse showed up], there were only 6.16 million cars on the road,” FHWA spokesperson Doug Hecox told Time this week. “Today, there are over 263 million. The risk of distraction is ever present on modern roads, and the eclipse could be the biggest driver distraction of the last century.”

The eclipse will, all in all, cover 29 interstate routes, according to Time, leading officials to give some sage, often common-sense advice:

If you’re driving along and want to view the eclipse in way that won’t get you or others hurt or cause unappetizing gridlock, just find a safe location at which to park your car. Watch for pedestrians walking around, because there will likely be quite a few. Once in a suitable spot, pop on your NASA-approved sunglasses and enjoy.

If you’re just trying to drive from one place to another and aren’t interested in viewing the eclipse, you’ll likely have to watch out for the same obstacles as your eclipse-loving friends.

Premises Liability: A Property Owner’s Obligation to You

Some property owners — particularly those along the path of totality — are opening up their well-placed land to eclipse watchers. There are reports of landowners setting up camping opportunities, allowing people to park on their property, and renting out their homes, among other arrangements, according to a report in the Omaha World-Herald, which is located in Nebraska, a state along the path of totality. Some are reportedly even charging a fee.

Perhaps you’re one of the thousands who are planning to use someone else’s property — hopefully with their permission — to view what will surely be an amazing event.

But there are certain premises liability concerns: If a landowner is opening up his or her land to eclipse watchers, they must be sure to mitigate injury as much as possible. Although the extent and nature of responsibility varies by location.

There are reports of landowners setting up camping opportunities, allowing people to park on their property, and renting out their homes…

For example, in Nebraska, rural landowners who open up their land for camping and eclipse viewing are protected against personal injury liability if they don’t charge a fee. However, if they do charge, then they have to meet certain so-called “agritourism legal requirements” in order to reduce their risk for liability for injuries, according to Dave Aiken, an agricultural law specialist with the University of Nebraska.

Property owners in other states could open themselves up to liability for slip-and-fall and other premises liability claims if they don’t take proper precautions to ensure their property follows all relevant laws. If you’re an eclipse viewer and you’re hurt on someone else’s property, you could have a claim, depending on the circumstance.

The eclipse is a once-in-a-lifetime opportunity to witness an extraordinary astrological event. Here’s to making it both fun AND safe. 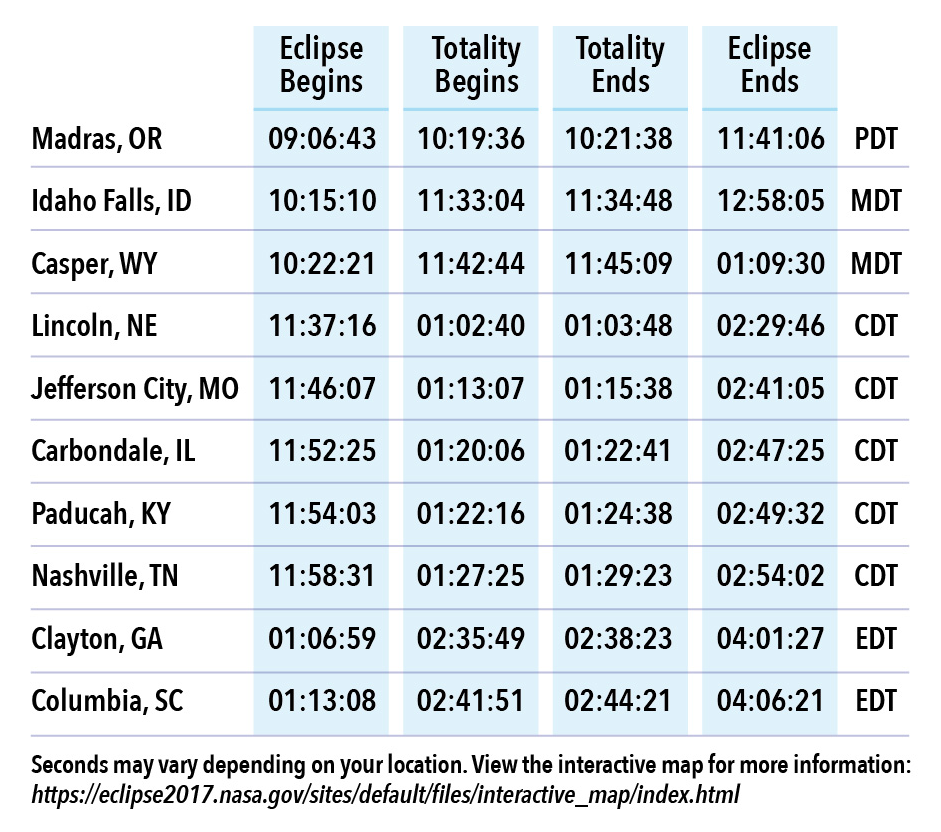 Aaron Vehling is a writer and editor who has covered labor & employment, intellectual property, immigration, international antitrust, and trade law for publications such as Law360. He has also covered city and county government, school boards, entertainment, and business issues. In addition, he helped found an online journalism non-profit and community hub for high-school-aged kids. You can email him here.