How Can Parents in Winter Haven Talk to Teens About Snapchat’s Speed Filter After Deadly Accident? 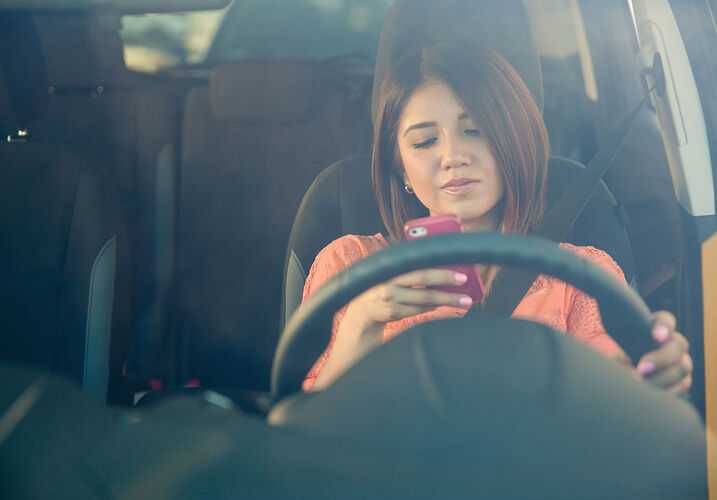 On Wednesday, Oct. 26, five people in Central Florida were killed in a fiery crash caused by a motorist who lost control of their vehicle and crossed over the median. New details show that the motorist allegedly responsible for the tragic crash, Pablo Cortes III, was driving at 115 mph to show off his speed via Snapchat’s speed filter. As Snapchat is an app primary marketed to and used by teens, how can parents in Winter Haven discuss the dangers of this filter -- and reckless driving in general -- with their young drivers?

The passenger of Pablo Cortes III’s vehicle reportedly posted a Snapchat video that appears to show Cortes in the driver's seat with "115.6 mph" imposed on the filter, just minutes before the fatal crash.

The Snapchat speed filter allows users to show off their speed in a moving vehicle while taking a selfie. This filter has been linked to a number of high-profile deaths and accidents across the country, and has been cited in at least one lawsuit. Although Snapchat warns users to not use the app while driving each time that particular filter is used, many believe that the filter is encouraging reckless driving.

Why Does Snapchat Have Such a Dangerous Filter?

In a lawsuit filed against Snapchat by Wentworth Maynard, the victim of a severe car accident that was caused by an 18-year-old using the speed filter while driving, the lawyer claimed that the developers did not think responsibly about their product before releasing it, according to an article by Jalopnik.

“It must be asked to what extent Snapchat weighed the risks of its miles per hour filter before releasing it as a product into the stream of commerce. Did its developers consider the impact it could have on the life of someone like Wentworth Maynard?” stated the attorney of victim.

Snapchat’s key demographic, young people under the age of 25, are already susceptible to distracted driving. In fact, drivers under 20 have the highest proportion of distracted driving fatalities, according to the Centers for Disease Control.

And it’s not just a national problem. Polk County was among the Florida counties with the highest number of distracted driving crashes and fatalities in 2015, according to a report by Florida Highway Safety and Motor Vehicles, so teens here in Winter Haven are placed at an even greater risk. Families simply cannot afford to ignore this issue when their teens begin to take the wheel.

How to Speak to Your Teens About Dangerous Driving

Whether it’s taking a video selfie on Snapchat or sending a text, all distracted driving is dangerous. So how can parents discuss the risks of distracted driving with their teen drivers and empower them to make smart, safe decisions?

Impressing Friends Online: Not That Important

If your teens love Snapchat and you’re worried they may use the speed filter while driving, you need to speak to them. While Snapchat is a fun app for kids to express themselves, everything has a time and a place, and the car is not one of them. Ask your teen if impressing their friends with a snap is worth getting a speeding ticket, losing their car privileges, or worse — being hurt or hurting someone else in a serious accident.

The best way to help your teen to not use their phone while driving is to remove the temptation to begin with. There are a few ways to do this, and parents can discuss which method appeals most with their teen. For some teens simply turning the phone off and stowing it away, as recommended by the Governors Highway Safety Association can help, as they won’t hear the alerts of texts and app messages.

For others, apps that prevent distracted driving can be the solution. Apps such as AT&T’s DriveMode are designed to shut off texting when a car reaches a certain speed, which is tracked with the phone’s GPS. Some programs even send automated responses to texts when you are traveling at a certain speed, such as 40 mph.

Every Text Can Wait - Even Mom and Dad’s

You might think that teens who use their phone while driving are chatting with their friends, but according to research presented by the American Psychological Association, more than half of teens who said they were talking on the phone while driving were actually talking to their parents. Many teens worry that their parents will be angry if they don’t respond to their call, so they will often respond while on the road, despite their better judgement.

Make sure you let your teen know that every text and call can wait, even yours, until they are safely pulled over. Instead, have your teen driver call or text you each time they reach their destination, so that you don’t need to call them out of concern for their safety.

Be a Good Role Model

Parents in Winter Haven should practice what they preach when discussing distracted driving, advises non-profit organization End Distracted Driving. If you have spoken to your kids about the dangers of texting and driving, but find yourself reaching for your phone while at the wheel, consider changing your own behaviors to act as a better role model to your teen driver.

But Accidents Can Strike Even the Most Responsible Drivers

Sadly, even the most responsible teen drivers can be hurt when others opt to text and driver. If you or someone you love was hurt in a car accident because of the negligent actions of another motorist, you can seek help. Read more to learn how our car accident attorneys in Winter Haven will deal with the insurance companies on your behalf to fight for the compensation you deserve. If you are ready to pursue a claim, fill out our free, no-risk case evaluation form today.