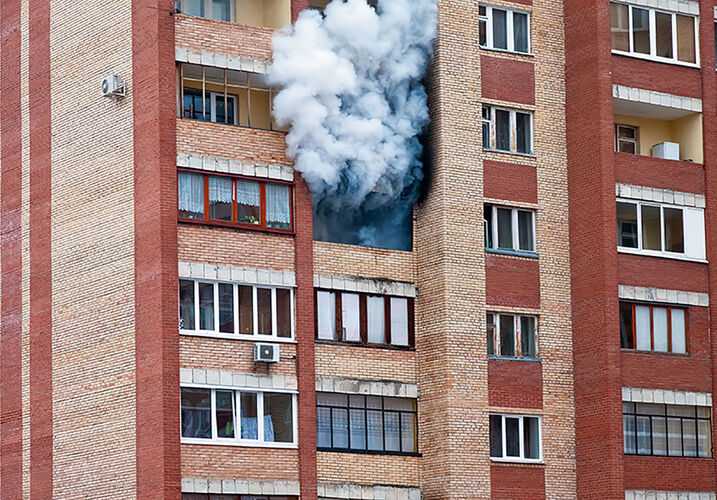 A three-floor apartment building in Las Vegas caught fire late Saturday night, killing six, the Associated Press reported. An additional 13 tenants were also injured. The building was allegedly without heat, forcing residents to rely on their kitchen stoves for warmth. Investigators believe the fire started with a first floor unit’s stove and rolled quickly through the building. Several residents jumped from windows to flee the flames.

The Las Vegas Review-Journal reported that a building maintenance worker and Marine Corps veteran, Don Bennett, died running through the complex banging on doors to wake tenants after the fire broke out around 4 a.m. Several residents said they would not have survived the fire if not for Bennett’s heroic actions.

Fire department spokesperson Tim Szymanski said that three of the dead were found in the apartment where the fire started. Szymanski reported that though smoke detectors went off, firefighters did not report hearing the building fire alarm. The State Fire Marshal’s Office will determine if there were any code violations.

Around 50 people were displaced from the 41 units, and assistance is being provided by the Southern Nevada Red Cross. Tenants are not yet able to return to the building because of all the soot.

The apparent negligence of the building’s owners would suggest that not only are they likely liable to face criminal charges, but also civil suits for damages resulting from this fire. Tenants may be entitled to compensation for damages including medical bills, cost of accommodation, and lost property due to the fire, as well as damages for living in unsafe housing conditions.

If you are the victim of a fire, Morgan & Morgan may be able to help. Our experienced attorneys will help you find out who is responsible for your losses and bring them to justice. With over 30 years of experience and $5 billion recovered for clients, Morgan & Morgan is ready to fight for what you deserve.

To learn more, fill out a free, no-obligation case evaluation.