Senate Moves One Step Closer to Medical Marijuana for Veterans 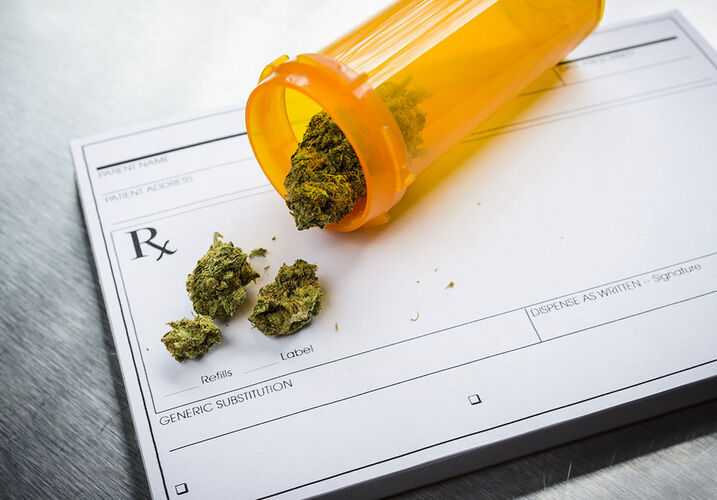 On November 10th, the U.S. Senate passed a veteran’s funding bill that would allow doctors working for veteran’s hospitals to discuss and prescribe medical marijuana for veterans in states where it is legal. The policy change came in the form of an amendment to a veteran’s funding bill, which was approved with bipartisan support by the Senate Appropriations Committee in May. The bill will need to be reconciled with a similar measure, moving through the House of Representatives before being sent to the White House for approval.

Sen. Jeff Markley (D) of Oregon and Sen. Steve Daines (R) of Montana sponsored the amendment. Both states are among the 23 that have legalized medical marijuana.

The next day, a group of veterans marched in front of the White House to lobby for support of the measure. A number of veterans groups consider medical marijuana as an alternative to traditional medical treatments for war trauma, particularly PTSD. Many veterans are unhappy with current treatments for physical and psychological injuries, which often include heavy doses of painkillers and antidepressants. As part of the protest, the marching veterans threw thousands of empty pill bottles on the Pennsylvania Avenue sidewalk. The bottles had been collected from veterans from across the country.

The organizers were attempting to raise awareness of the dangers of prescription drugs, and said that they were being unjustly deprived of cannabis therapy as a legitimate form of treatment.

The new legislation will now allow physicians to discuss cannabis therapy as an option for battlefield injuries. Previously, Veteran’s Affairs doctors were not permitted to even mention cannabis as a treatment option for pain and psychological stress, even in states where it is legal. Currently, veterans who seek cannabis therapy outside the Veteran’s Affairs system risk losing their ability to get treatment through the VA. Under the current VA guidelines, veterans that test positive for marijuana, even if legally prescribed by a doctor, give up their right to receive painkillers from the VA. This means that veterans are technically able to receive treatment from a non-VA doctor at their own expense, but must sign an “opiate consent” form and give up the right to treatment for battlefield injuries with pain medications.

Under federal law, marijuana is a Schedule I drug. This means that the federal government considers it part of the most dangerous class of drugs – drugs with no known medical benefits. For decades, this classification prevented any significant medical studies on its benefits. Any organization or university doing a study with cannabinoids would lose federal funding.

In recent years, two-dozen states and the District of Columbia have legalized medical marijuana. This has opened the door to a better quality of life for patients with otherwise untreatable illnesses and provides patients with pain, trauma, and cancers an option other then prescription pills – many of which carry devastating side effects.

Morgan & Morgan is committed to bringing medical marijuana, and through it a better way of life, for the thousands currently suffering in Florida. Firm founder John Morgan and non-profit United for Care have set their sights on 2016 to pass an amendment in Florida that would legalize medical marijuana. Morgan has pledged from now until December 31st to match all contributions made to United for Care at a 9 to 1 ratio.