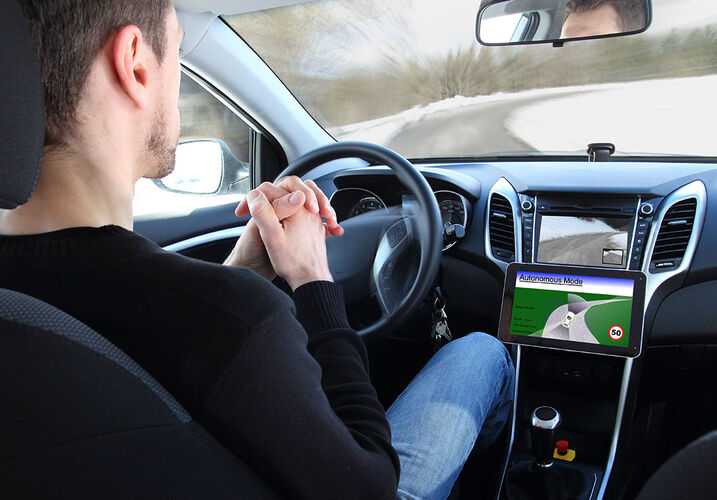 With the race to get the first mass produced self driving car well under way, the federal government announced its first set of guidelines for how autonomous vehicles should be developed. Until now there was no framework governing this new technology, but the government wanted to get out ahead of companies working on AVs, and establish some rules to ensure the public is safe once AVs start pounding the pavement.

While the guidelines are not meant to be final, they provide a good starting point for developing concrete regulations like the ones already in place for traditional vehicles.

The U.S. Department of Transportation, and the National Highway Traffic Safety Administration in particular, has expressed concerns over the number of fatalities that currently occur on U.S. roadways. In 2015, 35,092 people were killed on the road, marking a 7.2 percent increase over 2014, and the greatest percentage-increase since 1966.

This trend has continued in 2016, as accidents are up so far this year compared to the same point last year. Many, including President Obama, are concerned by this increase, and see AVs as a possible solution to the rising number of traffic deaths. The guidelines issued yesterday should accelerate the rollout of AVs, because tech companies and the auto-manufacturers now know the safety requirements their vehicles must meet before hitting the road.

What Are the New Guidelines?

The Federal Automated Vehicles Policy, as the new guidelines are officially known, are divided into four sections, each one dealing with a different issue revolving around AV technology, according to a Vox report.

What Makes for a Safe AV?

The first section, and arguably the most important, deals with what requirements AVs must meet to be considered safe. Specifically, the section lays out a 15-point safety assessment that cover all aspects of the vehicle’s technology.

One of the most important of the 15-points is called Operational Design Domain, and deals with the conditions that must be met for the vehicle to be fully autonomous, including the circumstances when a human may need to reassert control. A system like this is already being used in new Tesla models, but some drivers have ignored calls from their car to take control of the wheel resulting in accidents, and one death.

Another of one of the 15 safety points is ethical considerations, or the factors that AVs will need to consider when making life and death decisions. Humans don’t always have time to think, and must react instead. On the other hand, AVs can make a split second decision, but to do so they must be pre-programed into the vehicle's software, including ethical considerations.

For example, how should AVs weigh human lives and property damage? These decisions will be left up to the engineers that program the car, but who's to say their ethics are the ethics we want our vehicles to have?

This section attempts to answer that question by giving the federal government the final say on the safety of AVs so that safety requirements do not differ from state to state. The states will still be able to regulate the requirements for licensing drivers and regulating car insurance liability, but the majority of safety regulations will be left to the federal government.

The final two sections deal with issues less relevant to drivers, and more relevant to the companies building AVs. The third section deals with how DOT communicates standards to automakers. In the past, these communications have been slow, but DOT and NHTSA promised to speed up their responses to expedite the rollout of AVs.

The final section of the Federal Automated Vehicles Policy deals with new regulatory rules that are being considered as a new age of transportation dawns. One major change that is being considered is moving away from the self-certification system in which automakers conduct their own tests to ensure they meet federal standards, to a system of pre-market approval, which would require new technologies be cleared with DOT before they are available to the public.

Now that federal safety guidelines are available, automakers can begin to develop AVs that are safe and ready for the road. However, they still need states to get on board and introduce legislation to permit their use on the road, like in Florida, where AVs are already permitted on the road.

Florida is among the states at the forefront of embracing AV technology, and was even the first state to legalize fully autonomous vehicles on public roads that do not require a driver behind the wheel. Since then other states have begun to embrace the new technology, and many have introduced some form of legislation governing the use of AVs.

None have gone as far as Florida, though.

On top of being at the forefront on AV legislation, Florida is also the home to one of the federally designated testing lab for AVs. As of September 2016, a 14-mile stretch of the Lee Roy Selmon Expressway near Tampa was designated as an area which can be used to test fully autonomous vehicles. So, if you’re driving along on the Lee Roy Selmon Expressway and you see a vehicle next to you without a driver, don’t be alarmed, you’re just looking at the future.

Until All Cars Drive Themselves...

Until AV technology is perfected, and those vehicles are available in all states, most cars will be driven by people. This means that accidents will still happen. When more than 90 percent of all traffic accidents are caused by human error, the roads will not be safe until humans no longer have an opportunity to commit an error. Until then, there is a possibility that you get injured in a car accident on the way to work, dropping the kids off at school, and during the family road trip.

Should that happen, and you are injured in a car accident caused by another driver, there are different types of accident lawsuits you can file to recover damages for various types of injuries. Learn more on our car accident information page. If you’re ready to file a claim, contact our car accident attorneys today for a free, no-obligation case evaluation to find out if your case entitles you to compensation.