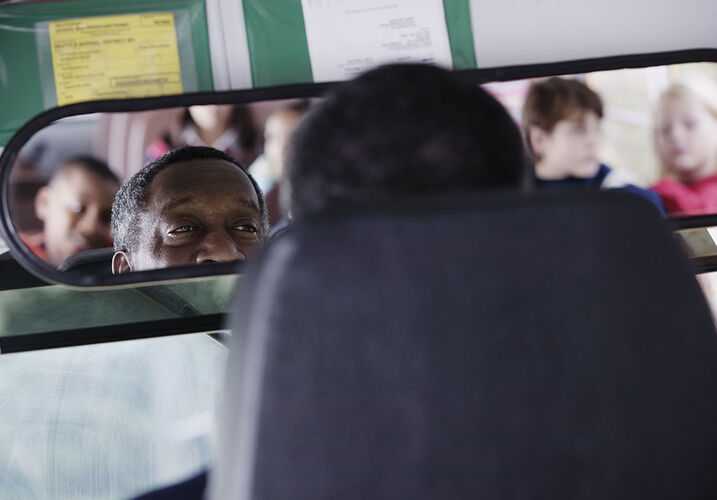 Recently, a school bus driver was caught on camera driving through a stop sign in Gwinnett County. The video shows the driver running a stop sign with students on the bus. This incident highlights a concern that many parents in our city have: are school bus drivers doing enough to keep kids safe?

Resident Todd Stein saw the school bus blow through the stop sign at Bogan Mill Road and Sydney Mill Drive several times, according to CBS 46 News. He decided to record the bus in an effort to bring awareness to the countless incidents.

The recording has caused several parents to become alarmed for the safety of their children. “We have a lot of kids in the neighborhood also, so if somebody is not recognizing those signs, that could be traumatic for anyone here,” Malik Best said to CBS 46.

School bus drivers who are driving recklessly put the lives of children at risk, especially when they have rules in place to prevent that. Here are a few safety rules for school bus drivers that parents should be aware of when putting their kids on a bus.

Bus Drivers Must Obey the Rules of the Road

School bus drivers are required to practice safe driving techniques when children are on board, according to the Georgia Department of Education. They must obey the rules of the road including, stopping at red lights and stop signs. However, there have been several incidents throughout Atlanta involving reckless bus drivers.

In December 2015, a Hall County school bus driver carrying 30 elementary school students pulled out in front of a car, according to NBC 11Alive. The bus collided with the vehicle causing it to be partially pinned under the bus, which resulted in the death of the motorist.

In order to reduce these issues, several counties have installed GPS black boxes in buses so that they can monitor how fast drivers brake and even send an alert if they go five miles over the speed limit, according to 11Alive.

School bus drivers must take several steps before loading and unloading children from the bus. The driver must make sure that all traffic has come to a complete stop and that the red flasher lights on the bus remain illuminated and that the stop arm is displayed, according to the GDOE. If these safety features aren’t activated, kids can get into an accident while crossing the street.

Earlier this year, a disabled boy was hit by a car when walking across a busy road to get to his school bus, according to the Atlanta Journal-Constitution. The bus driver, who was parked at the time of the crash, told police she didn’t have her stop sign displayed or lights flashing.

It is very important that a bus driver enables the bus’ safety devices to help keep your children protected from harm when approaching a bus.

Student management is one of the greatest problems confronting school bus drivers today, according to the GDOE. Having a busload of rowdy children can cause a bus driver to become distracted behind the wheel, which could lead to an accident.

Drivers should instruct students on proper behavior while on the bus and the consequences of behaving badly, according to the GDOE. Bus drivers should also make sure that rules of conduct on the bus are reasonable and students can understand them.

If children are improperly behaving on a bus and the driver is having a difficult time focusing on the road, the driver should safely pull the bus over and address the issue, according to the GDOE. This could help to prevent a distracted driving accident and keep kids safe.

There are several rules that a school bus driver must follow each and every day when transporting kids. Parents should stay aware of these rules when putting their children’s lives in the hands of a bus driver.

However, even with these rules in place, accidents can still happen. If your child suffered injuries in a school bus accident due to a bus driver’s negligence, we can help. Our bus accident attorneys can help you pursue your claim, and may be able to recover compensation for you and your child’s suffering. Fill out our free, no-risk case evaluation form to find out if you have a case.