Roundup Users Are Reportedly Getting This Horrible Cancer 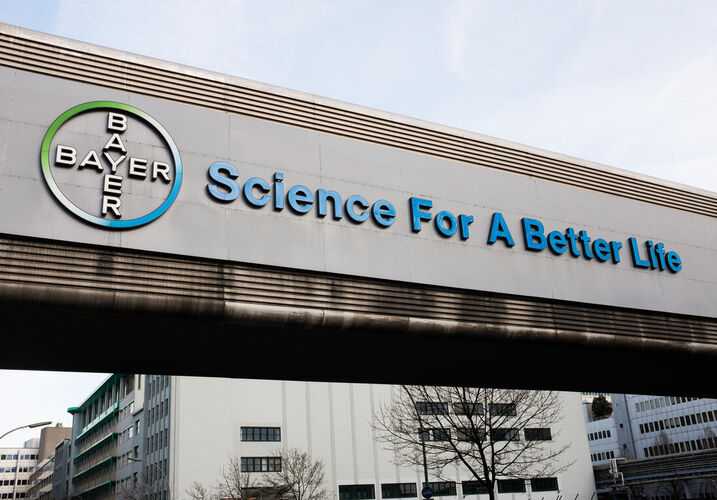 Lymphoma, or cancer of the lymphatic system, takes many forms. From its origins in the cells of the immune system, lymphoma can spread throughout the body and cause a range of horrific symptoms. Former Roundup users who blame the herbicide for their cancer have described painful lesions, brain damage, and the debilitating side effects of chemotherapy. And those lucky enough to be declared cancer-free after treatment must forever wonder if their disease will come back.

Bayer denies that Roundup causes cancer. Plaintiffs’ lawyers are adamant that it does, and they have expert testimony to support them. Juries have found the testimony compelling enough to award billions of dollars in compensation to victims. What’s not in dispute is the pain and suffering caused by a specific type of cancer called non-Hodgkin lymphoma (NHL), a disease that should be on the radar of anyone who has ever used Roundup.

What Is Non-Hodgkin Lymphoma?

Cancer begins with mutations in the DNA that controls how cells divide. Evidence suggests that glyphosate — the main active ingredient in Roundup — can damage DNA and cause non-Hodgkin lymphoma. The other main type of lymphoma is Hodgkin lymphoma.

The lymphatic system — part of the body’s immune system — is made up of lymphocytes, a type of white blood cell. According to the American Cancer Society, major lymph tissue sites include the lymph nodes, the spleen, bone marrow, the adenoids and tonsils, and the digestive tract.

NHL is the sixth most common cancer among men and the seventh most common among women. About 70,000 new NHL cases are diagnosed in the United States each year, and about 20,000 patients die from it annually.

While NHL typically starts in lymph nodes or other lymph tissue, it can spread to different parts of the body, including the liver, brain, and bone marrow. Alberta Pilliod, who along with her husband, Alva, won a $2 billion Roundup verdict against Bayer, was diagnosed with non-Hodgkin lymphoma. The tumors left her with scar tissue on her brain that has impaired her cognitive abilities and motor functions. Alva suffers from non-Hodgkin lymphoma in his bones, which has spread to his pelvis and spine.

Sometimes lymphoma starts in the skin. That was the case with DeWayne Johnson, the recipient of a $289 million Roundup verdict. Johnson developed lesions on his face, lips, arms, and legs following a work accident that left him drenched in Roundup. He was later diagnosed with lymphoma that his doctors believe is terminal.

Since lymphoma affects the immune system, it can reduce the number of healthy B cells and T cells needed to fight infection, resulting in an increased risk of developing infections. Deborah Brooks, whose husband, Dean, died of NHL after using Roundup, described the cancer as “torture.” In a blog post on Medium.com, Deborah described Dean wasting away:

“I watched and loved and helped him as his beautiful athletic body was ravaged by a horrendous cancer, slowly debilitating his very being with pneumonia, outrageous sinus infections with nosebleeds that would not stop, scabies, shingles, sweating, freezing, chills, a cancer so voracious it took everything but his VERY SOUL.”

Lymphoma Treatments and Side Effects

Like other cancers, treatments for lymphoma include many options, including chemotherapy, radiotherapy, antibody therapy, targeted drugs, and stem cell transplants. However, these treatments can be notoriously hard on the body and cause permanent side effects.

Lymphoma survivor Stephanie Howard wrote for the MD Anderson Cancer Center that the side effects of her treatment caused nausea, nervous system damage, hair and hearing loss, and thinking and memory problems known as “chemo brain.”

Severe side effects have similarly been reported by Roundup cancer lawsuit plaintiffs. The Pilliods underwent intensive chemotherapy to treat their lymphomas. Although the couple entered partial remission, they continue to receive chemotherapy to prevent a recurrence. The treatment reportedly has caused very serious side effects such as hearing and memory loss, double vision, seizures, and “constant discomfort.” Alva has difficulty speaking because chemotherapy damaged his voice.

Another person, Edwin Hardeman, won his Roundup cancer lawsuit in March 2019, but he suffered many losses along the way. He testified about the nausea, bone pain, and other chemotherapy side effects he endured. Hardeman lost his hair, strength, and mental faculties. “They should have been with us in the chemo ward,” said Hardeman’s wife, Mary, referring to Monsanto, the company that created Roundup. His cancer is now in remission, but as his attorney told the jury at trial, he will forever live in fear of a phone call from his doctor saying, “Mr. Hardeman, I'm sorry to tell you, but your cancer is back.”

For years, scientific evidence has suggested a link between glyphosate and lymphoma. A National Cancer Institute study published in 2003 found that farmers using glyphosate had a cancer risk twice as high as the general population. But the conclusion of the International Agency for Research on Cancer (IARC) in 2015 that glyphosate is “probably carcinogenic to humans” opened the litigation floodgates.

The main argument of Roundup lawsuits is that glyphosate is “genotoxic” — that is, the chemical damages the genetic information within a cell, causing mutations.

Plaintiffs’ lawyers rely on expert witnesses to make the connection between glyphosate and cancer. They do not have to prove the connection “beyond a reasonable doubt” as in criminal trials. Civil trials such as Roundup lawsuits need only provide probable truth or accuracy (i.e., “a preponderance of the evidence”).

One of the expert witnesses featured by plaintiffs’ lawyers is Dr. Dennis Weisenburger, a non-Hodgkin lymphoma expert and pioneer of early research into glyphosate and cancer. Weisenburger stated during the trial of the Pilliods that using Roundup more than two days per year doubles the risk of developing non-Hodgkin lymphoma. He testified that the question of whether glyphosate caused the Pilliods’ cancer was “not a hard call.”

Bayer’s defense attorneys tried to block Weisenburger as an expert witness in a legal action known as a Daubert motion. As he explained during a subsequent hearing, even very low doses of glyphosate can cause changes to the body’s cells. Weisenburger described the association between glyphosate and NHL as “consistent” and “strong.” This echoes the IARC’s conclusion that there is “strong” evidence for glyphosate-related genotoxicity.

Bayer’s lawyers, on the other hand, have leaned on the conclusion of the Environmental Protection Agency (EPA) that glyphosate is “not likely to be carcinogenic to humans.” So what has led to these opposite conclusions?

An article published in Environmental Sciences Europe notes differences between the studies used by the IARC and the EPA for their analyses. The EPA relied mostly on registrant-commissioned studies (i.e., those commissioned by Monsanto), while the IARC relied mostly on peer-reviewed studies. Another difference is that the IARC took into account elevated glyphosate exposure scenarios, while the EPA did not.

These divergent conclusions about glyphosate genotoxicity will continue to be a focal point of Roundup lawsuits when trials resume in 2020 — assuming a settlement does not occur first.

The next scheduled trial is Gordon v. Monsanto. According to her attorney, plaintiff Sharlean Gordon has “been through hell.” Gordon suffers from lymphoma that has spread throughout her body and is so debilitated that she has difficulty walking. “Sharlean is really going to put a face on what Monsanto’s done to people,” her attorney said.