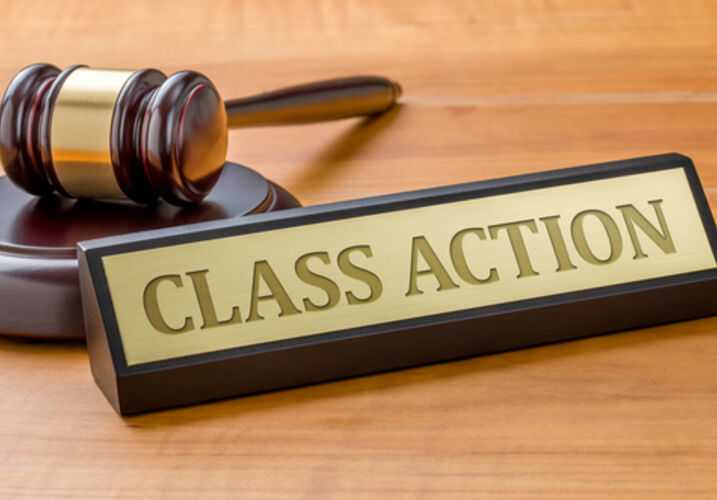 “I want to be a voice for change in the space,” Ms. Frankel says as she pushes for broad policy change within TikTok

[New York] — Morgan & Morgan has filed a class action lawsuit against TikTok on behalf of businesswoman, television personality and philanthropist, Bethenny Frankel for the alleged violation of her right to publicity and the unauthorized use of her image and likeness to promote and sell counterfeit products on the platform. The putative class action is also filed on behalf of other similarly situated content creators.

In September, a TikTok video created by Ms. Frankel was allegedly stolen and re-posted for marketing purposes by a company selling counterfeit products. In the wake of this alleged violation of her image, right to publicity and reputation, Ms. Frankel is seeking compensation for the significant damages to her business and reputation, as well as broad changes to impose stricter regulations regarding TikTok’s advertising.

Ms. Frankel is urging TikTok and other social media platforms to implement a policy change – #BethennysContentClause – which aims to protect creators’ content in any form, including, without limitation, images, videos, text and audio, created and published on social media or other channels, from being misused and misrepresented. The change should also protect consumers by labeling suspicious content or content selling counterfeit goods.

“It came to my attention that TikTok was disseminating videos using my proprietary content without my consent to sell merchandise with which I have no affiliation,” said Ms. Frankel. “I’ve discovered that this is a widespread issue affecting creators of all sizes across the space. It’s unacceptable, and I want to be a voice for change and use my platform to create a shift in the industry. When you look at advertising on television, it’s highly regulated. TikTok ads are getting millions-upon-millions of views — exponentially more than TV — and yet it’s the Wild West of advertising. There is little-to-no effort made to regulate and police that content, and we’re going to change that.”

Ms. Frankel’s followers alerted her to the fact that her images and content were being used to sell these counterfeit products, with many expressing dismay that she had “sold out” and was “hawking” fake products. When she approached TikTok about the illegal practice, the company allegedly ignored Ms. Frankel’s demands to remove the unlawful content. She took it upon herself to warn her followers, via TikTok, of the deceptive advertisements.

“Influencers and content creators spend months, if not years, developing their brands and building trust with their audiences,” said Morgan & Morgan attorneys John Morgan and John Yanchunis, Ms. Frankel’s counsel. “As the fastest growing social media platform, TikTok has the responsibility to implement measures to detect and stop illegal practices, such as the misuse of their content creators’ names and likenesses. These videos violated Ms. Frankel’s right to publicity and caused significant damages to her business. Beyond the damage to her individual business and reputation, these practices deceive and harm consumers. Our goal is to hold TikTok accountable and ensure they take steps to prevent this from happening again.”

Shortly after Ms. Frankel’s post exposing the alleged illegal use of her content, TikTok allegedly removed her video and labeled the content as “abusive.” TikTok has since taken some steps to prevent the fake videos from being posted, but the alleged harm caused to Ms. Frankel’s reputation is irreparable. Other content creators on TikTok also reached out to Ms. Frankel to share that they had experienced similar circumstances and were also incurring damages.

“As creators, our proprietary content being used illegally and without our approval diminishes our brands and reputations. This practice deceives consumers, and it misrepresents creators,” Ms. Frankel continued.

Creators can reach out to  scammedonsocial@gmail.com, where Ms. Frankel and her team will vet and compile potential scams on any of the major social media platforms.

In addition to compensatory damages, Ms. Frankel is seeking injunctive relief including: TikTok implementing a robust mechanism by which complaints about misuse of creators’ content can be advanced and promptly acted upon, as well as better detection and blocking of IP addresses selling counterfeit goods and processes to block similar IP addresses.

The case is Bethenny Frankel, plaintiff, v. TikTok, LLC, defendant, Case No. 1:22-cv-08503, and it was filed in the United States District Court for the Southern District of New York.

As America’s largest injury law firm, Morgan & Morgan has recovered more than $13 billion for over 300,000 clients. Throughout the United States, our attorneys fulfill our “For The People'' commitment in over 50 practice areas, including national mass torts and class actions, labor and employment, civil rights, and product liability, among many others. We co-counsel with hundreds of other law firms, who refer thousands of cases to us. Our firm has taken on some of the biggest corporations across the globe, including BP, Facebook, Google, Monsanto, and Lockheed Martin, and recovered billions in complex national litigation, including $1.8 billion in the Porter Ranch Gas Leak case in 2021. Learn more at www.forthepeople.com.