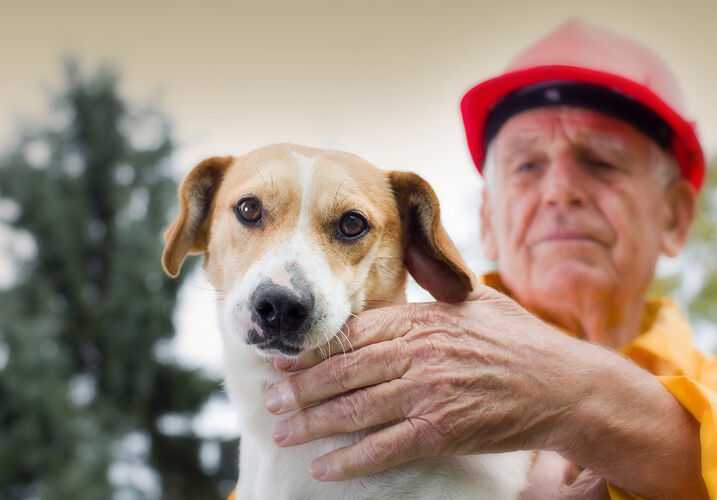 Last month, a fire broke out in a home off E. 28th Avenue in Tampa. Firefighters were able to control the fire enough that they were able to eventually enter the home, but upon entering they found the family’s cat unresponsive, having been trapped inside as the firefighters worked to put out the fire.

Fortunately, the firefighters were newly equipped with specialized pet oxygen masks, and they were able to successfully treat the cat. Thanks to a recent donation to Tampa’s District 1 fire department, a local family was able to come out of this devastating fire with all family members alive and well.

Pet oxygen masks may not be a brand new development, but it’s only recently that fire departments across the country have been able to stock up on their supplies of these life-saving devices. And amazingly, they’re not even paying for them.

Tomorrow, July 15th, is National Pet Fire Safety Day, a day created to help raise awareness of how to keep your pets safe in the event of a fire. For that reason, it’s important to recognize the great people who have been taking steps to improve the fire safety for families and their pets, giving back to their community in a uniquely noble way.

Invisible Fence is a brand that was created in 1973 with the intention of protecting pets. Today, that means creating systems that not only train pets, but keep them safely within the boundaries of your home and yard. But that’s not the only way the brand has committed to the safety of other people’s pets.

The company behind the brand, Canine Company, has a program called “Project Breathe,” wherein they donate pet oxygen mask kits to fire departments across the U.S. and Canada. One kit contains three masks of varying sizes for all manner of pets.

Fire departments are generally not equipped with things that can help resuscitate small animals, despite there being so many households with pets. That so many departments across the continent are now being given ways to save pets’ lives is a true game changer.

Invisible Fence has certainly done their part, donating tens of thousands of pet oxygen mask kits to fire departments. But they certainly aren’t the only ones doing their part. There have also been recent stories of people simply looking to do something good for their community.

After the passing of their beloved dog, Sadie Hall and her husband Kenny asked their family to make a donation to their fund to get oxygen masks for local fire departments in their town of Fine, New York. They managed to raise enough money for nine kits, donating them to seven different fire departments in the area.

In addition, the Chicago Tribune recently wrote about Michelle Robinson, a resident of Gary, Indiana and the founder of the local Cause 4 Paws group. The group made a donation in late June, paying the costs to buy a pet oxygen mask kit for all six fire engine companies in Gary. These costs were successfully funded by a clothing drive that Cause 4 Paws organized.

You Can Help Donate Pet Oxygen Masks Too

These stories are particularly inspiring, as they feature regular citizens of towns across the country using what resources they have to help fire departments and the pets of the area out of the goodness of their heart.

Best of all, these stories show that anyone can help make their community a safer place for families and their pets by donating pet oxygen masks to their local fire department.

If you’re interested in helping your local fire departments, you can make them aware of Project Breathe so that they can apply for an oxygen mask kit donation. There are other programs too, such as Project Paws Alive, that you can donate to and help bring pet oxygen mask kits to fire departments across the country.

Sadly, fires still remain a life-threatening risk for families around the country, and an average of seven people die each day in the U.S. in house fires, according to the National Fire Protection Association.

Should you or a loved one endure the fallout of a fire caused by someone else’s neglect, our burn injury attorneys may be able to help. Contact us to learn more via our free case review form.