What the PA Supreme Court's Ruling Means For Workers 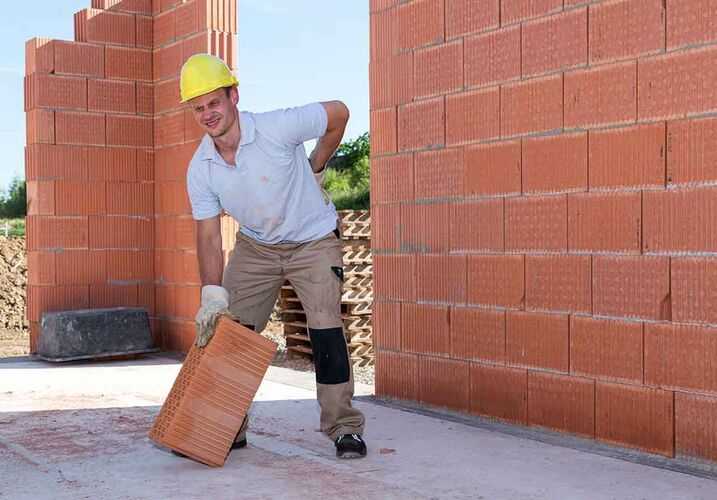 For decades now, Pennsylvania’s workers may not have been getting the amount of workers’ compensation benefits they deserve. But a workers’ comp lawsuit just ended up changing state law, leading to a ruling that has opened the door for workers to claim more benefits and finally get the treatment they need to fully recover from their injuries.

The Pennsylvania Supreme Court issued a ruling to strike down a 20-year-old provision to the state’s workers’ compensation law. Under the ruling, insurance companies can no longer use guidelines set by the American Medical Association to cap the amount of benefits severely injured workers can receive, according to the Pittsburgh Post-Gazette. The ruling, a massive change to the law, passed 6-1.

The ruling presents a tremendous opportunity for the workers of Pennsylvania. Without a seemingly arbitrary cap on benefits, workers seriously injured on the job may finally be able to receive the appropriate treatment for their injuries.

The Fight for Fair Workers’ Comp Benefits in PA

In 2011, Mary Ann Protz, an employee at of the Derry Area School District, filed a workers’ compensation lawsuit. Protz injured her knee and was dealing with complications post-surgery, and wished to appeal for more benefits.

Injured workers must see a physician after two years of workers’ compensation if their insurance company requires it. The doctor, using the AMA guidelines, rates the injury with a percentage threshold. If that injury is rated as under 50 percent, the insurance company could reduce payments and put a cap on the amount of time the patient can receive benefits.

Protz’s lawyer argued that the provision that required this rating, signed in 1996, was illegal, and that using a private medical group’s injury ratings was an illegal delegation of power on the part of the General Assembly.

The lawsuit paid off, as the Pennsylvania Supreme Court overwhelmingly agreed with him. One Supreme Court Justice, David Wecht, wrote that the General Assembly, in giving the AMA this power, “did not require that the AMA hold hearings, accept public comments, or explain the grounds for its methodology in a reasoned opinion, which then could be subject to judicial review.”

As such, they could not reasonably control the AMA’s methodology, nor could they fairly use it. The result is welcome news for those seeking benefits they are rightfully owed.

What This Ruling Means for You

This ruling has massive implications for workers of all types in Pennsylvania. Laborers in more inherently dangerous occupations, such as construction, should especially take note of this ruling.

The AMA guidelines that were being used for workers’ compensation cases were made for particularly severe injuries. With this new ruling, physical laborers who get hurt on the job aren’t as limited by the law, and might have a far better chance at receiving the long-term benefits they and their family will need.

This ruling isn’t just a victory for workers — it’s also a blow to insurance companies searching for ways to reduce the benefits they give to injured workers. Getting rid of this provision means one less way they can use the law to avoid giving people the benefits they need.

Are Old Workers’ Comp Cases Set for a Re-File?

Pennsylvania workers who have had an expired or settled workers’ compensation case within the last 20 years should also be aware of this ruling. At the moment, it’s not entirely certain what this means for those cases that were litigated with the AMA guidelines.

In not addressing it, the Supreme Court left open the possibility that these cases could be re-filed, according to the Pittsburgh Post-Gazette.

Workers who fit this description would be wise to look into a workers’ compensation lawyer as soon as possible. They can look at your old case and help you determine potential next steps.

This latest ruling is a victory for workers all across the great state of Pennsylvania, and it gives workers the chance to receive sufficient workers’ compensation benefits for the first time in a long time. But employers and insurance companies still have ways of trying to cap benefits and deprive you of proper treatment and compensation.

In times like these, a workers’ compensation lawsuit could potentially help you receive compensation.

Morgan & Morgan’s workers’ compensation attorneys understand the complexities of these laws, and have used their decades of experience to win cases and get their clients compensation. To learn more about how we may be able to help, fill out our free case review form.