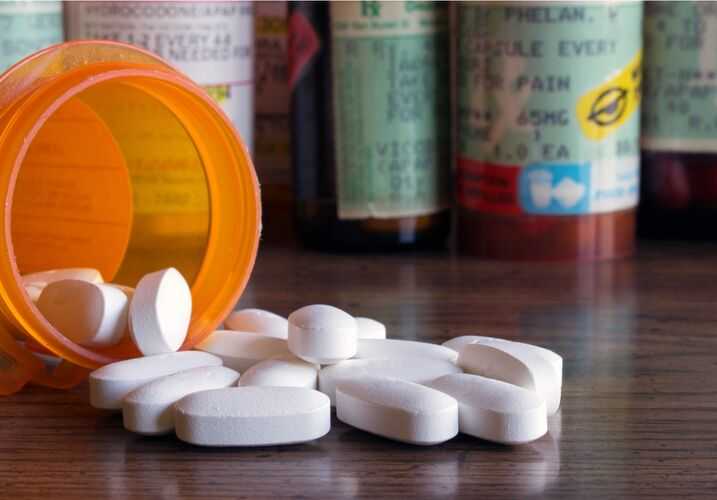 In a landmark ruling, an Oklahoma judge has held Johnson & Johnson accountable for the state’s opioid crisis and ordered the company to pay $572 million, CNN reported. The Aug. 26 decision marks the end of the first such state case to go to trial.

In his ruling, Cleveland County District Judge Thad Balkman called Johnson & Johnson a “public nuisance,” saying that it “engaged in false and misleading marketing” of its opioids, flooding the state with drugs and contributing to an epidemic. Balkman reserved jurisdiction over the case in the event that a single year’s funding of abatement costs is insufficient. The company vowed to appeal the decision.

The plaintiff had asked the court for a record $17.2 billion to fund an abatement plan to end an opioid crisis that has killed 6,000 Oklahomans. The $572 million award comes after the state this year settled with two other drugmakers: $270 was won from Purdue Pharma, which manufactures OxyContin, and $85 million from Teva Pharmaceuticals.

“The Oklahoma verdict is a significant step toward funding the monumental task that lies ahead — to try to repair the damage done by these harmful acts,” said James D. Young, a Morgan & Morgan litigation attorney specializing in whistleblower cases. “Addiction has torn apart communities and families across this country, and it will take many years and many millions of dollars to put into place the programs and services to start healing. This judgment, while significant, is just the first of many such judgements to come.”

According to the Centers for Disease Control and Prevention (CDC), in the United States, over 700,000 people died from drug overdoses between 1999 and 2017. More than 70,000 of those deaths occurred in the latter year alone, and over two-thirds in 2017 involved prescribed or illicit opioids. That year also marked a sixfold increase over 1999 in opioid-connected deaths, the CDC reported. Every day, an average of 130 Americans die from an opioid overdose.

To address this scourge, which the Department of Health and Human Services has declared a public health emergency, a federal trial encompassing almost 2,000 cases is slated for fall in Ohio. Morgan & Morgan’s Young, a member of the Plaintiff’s Executive Committee, is focused on the national litigation and the upcoming trial in Cleveland.

The ravages of the opioid crisis in America cannot be overstated, and the physical, mental, and financial costs of drug addiction are immeasurable. Evidence suggests that the healthcare industry knowingly failed to protect the patients it claimed to serve. This epidemic appears to have started with the opioid manufacturers themselves, extending to the doctors who prescribed these pills by the billions.

Morgan & Morgan is proud to represent six counties in Northeastern Oklahoma in opioid litigation. While our firm represents numerous impacted cities and counties, we are also reviewing potential claims on behalf of individual victims. If you or a loved one has lost a family member to an opioid addiction or overdose, you may be able to hold the drug manufacturer accountable and seek some measure of justice and compensation, and we’re ready to fight for you and your family. Give us a call today to set up a free, no-obligation case review.