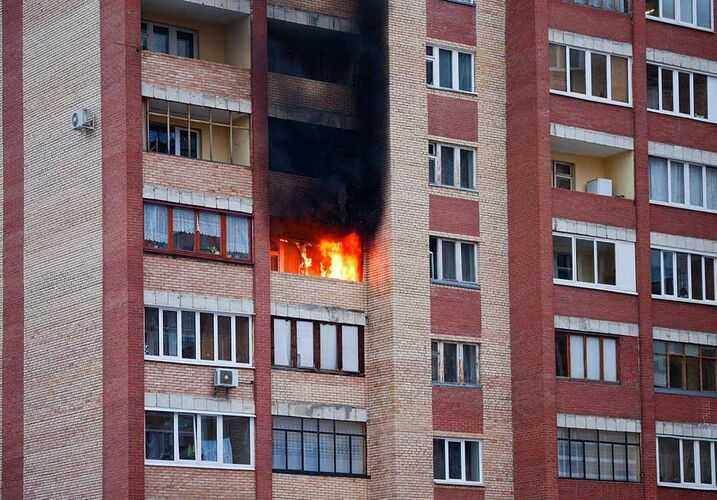 On Mar. 27, Oakland residents in a low-income apartment building woke up to the sound of screams, not fire alarms, that alerted them that a fire was blazing throughout the apartment. While many people were able to safely leave the building, the fire resulted in the deaths of three people and injured four others, including two children, according to a CBS report.

The incident occurred in a complex known for its safety violations, underscoring the vital importance of fire safety measures that a landlord must have in place to keep tenants safe — and what your rights are as a tenant if these protections are lacking.

Many of the 80 low-income residents complained that they had not heard any fire alarms{:target="_blank"}, or seen any fire safety measures as they fled the building.

“There were no sprinklers or fire extinguishers,” said Curtis Robinson, an elderly resident who had to leave his wheelchair behind in his first-floor room, as he scrambled to escape.

Resident Kristen Evans woke up to hear people yelling and screaming “fire!” outside her door, but no smoke detector going off. “I didn’t hear a fire alarm,” she told the media.

The building, which houses people struggling with homelessness, has been the subject of several building department citations and investigations, according to Time. City records show that officials also received complaints about deferred maintenance in the building. Building maintenance that may have included fire safety equipment that could’ve prevented the tragic deaths of tenants.

The owner, Keith Kim, was sent a notice of violation on March 2 over complaints of large amounts of trash and debris, building materials, and furniture behind the property, according to Time. City records also found that there were complaints of no heat throughout the building, electrical issues, and a large pest infestation.

There are several instances in which a landlord does not comply with inspections required by law, which can put tenants lives at risk. Landlords may get away with cutting costs simply because tenants aren’t aware of the rights they have. Here, we'll talk about tenants' rights.

A Landlord’s Responsibility to Tenants

Landlords or building owners have a responsibility to keep their properties in as good a condition as possible, and that includes following codes and basic safety standards. However, they don’t always live up to that responsibility. If they don’t maintain a housing complex to proper standards, and a fire starts and injures, or even kills, tenants as a result, it’s possible they could be held liable for the damages.

Here are a few general duties that your landlord must accomplish. You generally have a right as a tenant to ensure your landlord is living up to his or her obligations.

Can I Sue My Landlord if Fire Safety Measures Aren’t in Place?

In the event that fire safety precautions fail or aren’t even in place, you may be able to file a lawsuit against your landlord to seek damages. Our fire and burn injury attorneys have helped a lot of people who've been injured in apartment fires because of negligent landlords.

Even if you believe the fire was your fault, you may be entitled to compensation for your medical bills, rehabilitation costs, and pain and suffering. Fill out our free, no-risk case evaluation form today to learn more.