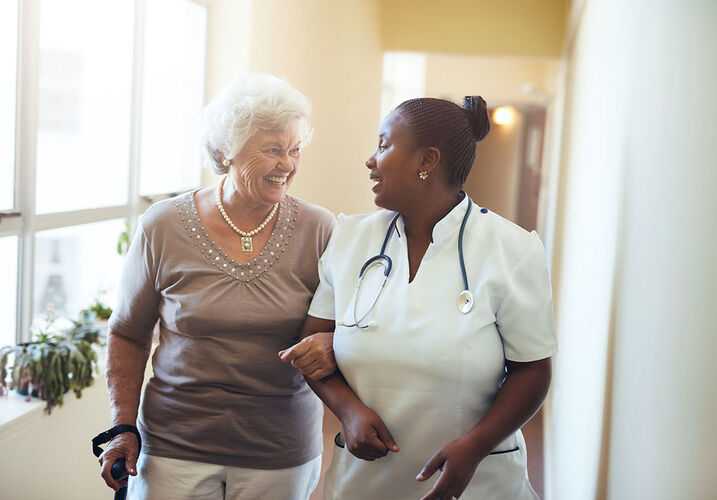 Elder abuse in all forms - physical, emotional, sexual, and financial - is a critical problem in the United States. Much of the abuse occurs in nursing homes, which are increasingly understaffed and privately owned.

New regulations set in place by the Centers for Medicare & Medicaid Services, which went into effect last month, aim to improve the health and safety of nursing home residents.

These rules apply to any nursing home that accepts Medicaid or Medicare reimbursement - that is to say, almost all of them. Totaling 700 pages, the directives are the most extensive revision of federal rules for nursing home facilities in 25 years.

We take a look at the causes behind this extensive reform, what the regulations entail, and how they could keep our older loved ones safer.

Why is Nursing Home Reform Necessary?

The country’s nursing home population is often neglected. There were 1.4 million people living in facilities across the country in 2014, according to the Centers for Disease Control and Prevention. Almost 70 percent of those nursing homes are for-profit businesses.

There is some debate as to whether public or private homes provide the best care, but the fact is most nursing homes are privately owned and many of them have tailored their operations to focus on what’s lucrative instead of what’s best for residents. A congressional committee found 30 percent of nursing homes in the country were cited for 9,000 instances of abuse over a recent two-year period, as stated in their report released July 30.

The committee found appalling conditions, such as “untreated bedsores, inadequate medical care, malnutrition, dehydration, preventable accidents, and inadequate sanitation and hygiene.” If you notice any of these, or other warning signs of elder abuse and exploitation, contact an attorney immediately.

What’s worse, residents who have been abused have little recourse, as they and their representatives are often made to sign agreements with arbitration clauses, relinquishing their right to trial in a dispute.

How the Government Plans to Fix Problems

Since most nursing home care in the United States is paid for by the federal Medicare and Medicaid programs, facilities are required to comply with government rules.

The new regulations are designed to allow residents and families to be more engaged in the care of the residents, and protect residents’ rights in complaints. They were first proposed by Health and Human Services Secretary Sylvia Mathews Burwel, and will go into effect in three stages over the next three years. The first phase is in effect as of November 28, 2016. Since then, HHS reviewed almost 10,000 comments to the draft proposal.

The rules emphasize that residents should be treated as individuals. They aim to grant more power to residents and their representatives, by mandating their participation in the process of long term nursing home care.

One of the most important measures, which bans nursing homes from requiring residents to agree in advance that any disputes will be settled through private arbitration, is on hold pending a lawsuit filed by the industry association which claims Medicare officials only have authority over the residents’ health and safety and not over disputes. These three points stipulated in the new rules could have the largest potential for reducing elder abuse in nursing homes:

2. Financial exploitation now counts as abuse. The expansion of the definition of abuse to include financial manipulation is an important achievement, as financial abuse and fraud cost older Americans $36.5 billion per year according to the National Council on aging. Reports of elders who have been taken advantage of are common, and staggering.

3. Better vetting and training for staff. According to Statistic Brain, 91 percent of nursing homes lack adequate staff to properly care for patients. Although understaffing is a serious problem, and many have urged federal officials to set minimum numbers of registered nurses and staff, industry opposition kept a minimum from making it to the final rules. However, the regulations increased training requirements for all staff, including contract workers and volunteers, in regards to dementia patients, preventing elder abuse, patient’s rights and communication. Nursing homes are also now prohibited from hiring licensed professionals who have been disciplined for abuse, neglect or mistreatment or financial exploitation of residents.

Other Highlights From New Regulations

The rest of the regulations aim to make nursing home care more “person-centered” and involve residents in decision-making as much as possible, specifically in the development of baseline, comprehensive, and discharge plans.

The baseline care plan, which includes doctor’s orders, diet specifications, therapy and social services, and a list of goals for each resident, must be developed within 48 hours of the residents’ admission and it must be summarized and presented to the resident and his or her representative. Within seven days of the baseline plan’s completion, the comprehensive plan, must be developed by the resident’s physician, registered nurse, nurse aid, and a member of the dietary staff.

The goal of the comprehensive plan is to “maximize the resident’s physical, mental, psychological and social well-being. It must include goals with deadlines, a list of the services to be provided, and the residents’ personal goals and preferences regarding discharge.

Additional regulations regarding discharge were set. For example “hospital dumping,” the practice of sending low-income residents whose care is not being reimbursed by Medicaid to the hospital and then refusing to readmit the resident, was barred, and residents can now appeal a discharge decision free from fear that they’ll be kicked out of the facility while appealing. Furthermore, the feasibility of discharge must be re-evaluated regularly and if it is decided upon, a discharge plan including information to help a resident re-integrate in the community is required.

If a resident has applied for Medicaid or other insurance, are waiting for a payment decision, or appealing a claim denial, he or she can no longer be discharged for nonpayment. Plus, the state ombudsman - or the official in charge of handling individuals’ maladministration complaints - must now be sent copies of any involuntary discharges.

Residents now have the right to receive family visitors at any time (as long as it doesn’t impose on another resident’s rights) as well. Non-family members must meet “clinical and safety” requirements, but this is another big win, as frequent visits from family and friends can reduce the risk of abuse. Other smaller but important freedoms granted by the new regulations, such as the ability to eat alternative meals and snacks outside of scheduled meal times and choose their roommates, will no doubt improve residents’ quality of life.

Look After Your Loved Ones

Hopefully these new government regulations will be effective in reducing the rate of elder abuse in nursing homes. Despite these advances, however, nursing homes continue to be understaffed and largely unmonitored. Visit your loved ones as often as possible. If you’ve noticed warning signs of elder abuse when visiting a facility, do not hesitate to contact our nursing home attorneys by filling out a free, no-risk case evaluation form.

Update 9/25: Voicemails left on Florida Gov. Rick Scott's cellphone by employees of The Rehabilitation Center at Hollywood Hills asking for help were allegedly deleted, according to CBS Miami. Four…

A disturbing video showing a home health aide hitting and verbally abusing a 94-year-old woman with Alzheimer’s has gone viral. After finding unexplained bruises on his mother, Dorothy Bratten’s son…