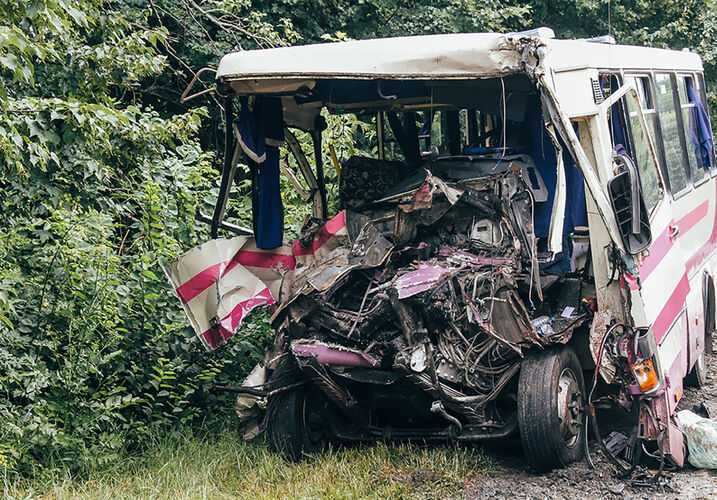 Heavy morning fog and icy road conditions sent a mail delivery tractor-trailer skidding out of control, resulting in a crash with a tour bus, putting over two dozen people in the hospital, the Richmond Times-Dispatch reported. The incident occurred at about 4:37 a.m. the morning of Nov. 17 in the eastbound lane of Interstate 64 just past the summit of Afton Mountain. The truck lost control on a downgrade and overturned across the road, and the bus was unable to avoid crashing into it, splitting the semi in half. Virginia State Police said the collision triggered at least seven minor crashes in upstream traffic, but no one was injured in those accidents.

The mail truck was driven by James Proffitt, 44, of Suffolk, Virginia, who was transported to the University of Virginia Medical Center to be treated for serious but non-life-threatening injuries. The driver of the bus, Andrew L. Burruss, 62, of Keswick, Virginia, was also taken to UVA Medical Center with non-life-threatening injuries. Although Virginia State Police said that 19 had been injured, the Richmond Times-Dispatch later identified at least 29 patients at three local hospitals.

In 2017, there were 107,000 large trucks involved in crashes resulting in injury, according to the Federal Motor Carrier Safety Administration. When you are injured in a traffic accident, recovery can mean expensive hospital visits and missed days at work. Getting compensation for these damages often means contending with money-hungry insurance companies that may use every legal trick in the book to deny you the money you deserve. At Morgan & Morgan, we have over three decades of experience battling insurance companies to get our clients what they deserve. Fill out a free case evaluation to get started with your claim today.