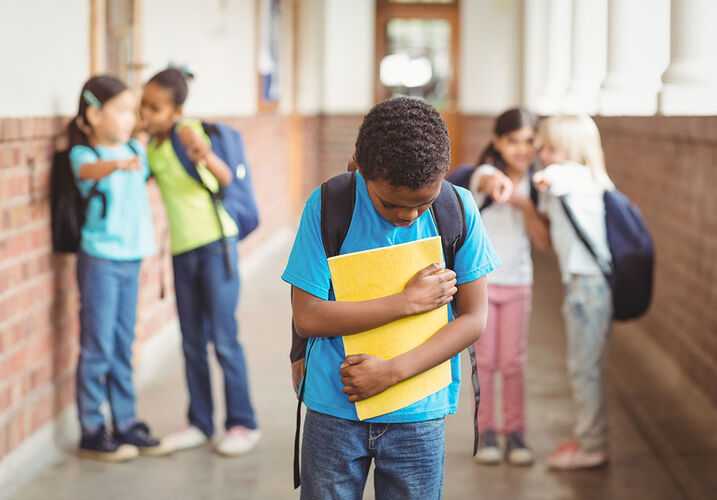 Each year, the National Alliance on Mental Illness dedicates one month to promote resources and awareness around the issue of suicide prevention. This year, September is National Suicide Prevention Awareness Month, which sadly seems appropriate due to the increasingly common news about child suicide as a result of bullying. Instead of being excited about going back to school, many children return in fear of being bullied, leading some to contemplate suicide because they see it as the only way to make the bullying stop.

How Common Is Child Suicide?

This number is even higher amongst minority and LGBTQ youth. For example, 11.3 percent of Hispanic students in grades 9 to 12 attempted suicide, higher than their White and African-American peers, according to the CDC. Similarly, LGBTQ youth were found to be two to three times more likely to commit suicide than straight youth, according to the National Institute of Mental Health.

Why Is Child Suicide So High?

One reason that might explain why children are committing suicide at such a high rate is bullying. 20 percent of all students report having been bullied in some form, according to a report by the CDC. That number, combined with findings that victims of bullying are seven to nine percent more likely to consider suicide, according to study conducted by Yale University, indicates that bullying is certainly part of the problem.

This does not mean that bullying is the sole cause of the high number of child suicides, though. Many issues can contribute to someone committing suicide, including depression, problems at home, and trauma history. While bullying can compound these issues, it is rarely the only thing plaguing a child that contemplates suicide.

Is Anything Being Done To Prevent Bullying?

Because bullying is not the only reason children commit suicide, putting an end to it will not necessary stop them from taking their own lives. However, as mentioned above, bullying compounds other issues that at-risk children face and further isolates them, creating a tipping point for them to consider suicide. Putting an end to bullying may, at the very least, ease some of the pain bullied children with other issues are feeling.

The states have attempted to do their part to combat bullying, and to their credit, all 50 states have anti-bullying laws. In fact, more than 75 percent of states have developed policies that provide guidance to districts and schools for how to handle bullying.

Aside from laws, there are other things that can be done to combat bullying. One of those includes the actions of fellow students. Bullying often makes a person feel isolated and alone, and if a fellow student steps in on their behalf, it can make someone being bullied feel less alone.

With that being said, here are some tips for what a student can do if they see someone being bullied.

Don’t Join in or Watch

For some, the urge to bully is a foreign desire, and they may think that since they aren’t bullying, they are not contributing to the problem. However, if a student like this witnesses bullying, they may still be tempted to watch. Bullies love an audience though, because it reaffirms that their behavior is okay.

Include the Bullied Person in Your Group

It can be difficult for a student to go out of their comfort zone, but including another student who suffers from bullying in their group could make a big difference in the bullied student's life. As mentioned before, loneliness is a common feeling amongst those who are bullied, which leads them to harmful activities to deal with that loneliness. Including a bullied student can make a difference to them and even prevent them from harming themselves.

If a student feels comfortable enough, they should confront the bully and let them know that bullying is not cool, according to the US Department of Health and Human Services. A student should never look to get into a physical altercation with a bully and should not bully him/her back. Speaking with the bully about bullying may help the problem, while bullying them back is likely to make them dig in further.

These steps, combined with anti-bullying laws, should work to make the lives of children better, but it is clear from the number of suicides this is a serious problem. More must be done to combat bullying, but doing so begins with students, teachers, and parents educating themselves on the best ways to do so. If you would like to learn more about how you put an end to bullying, please visit stopbullying.gov.