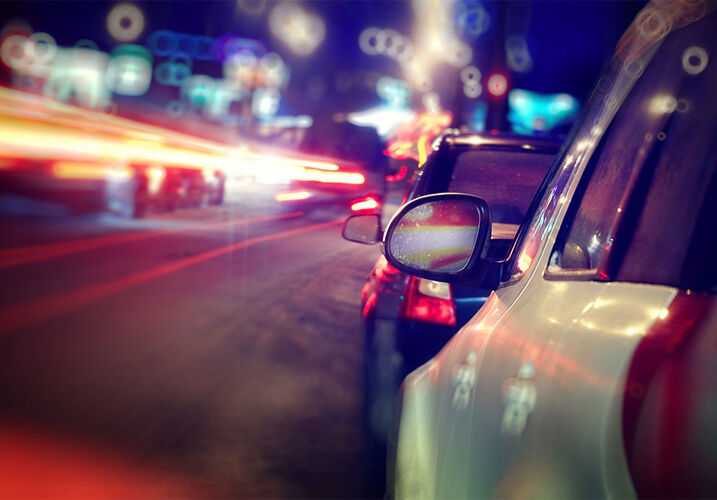 You put a lot of trust in other people when you drive your car or ride your motorcycle. You trust that when you’re riding in your lane, oncoming traffic will stay in its own lane. In 2006, a Morgan & Morgan client from Seminole County, Florida, certainly held this belief.

Unfortunately for the client, then 27 years old, a negligent pickup truck driver — who had been drinking — breached his traffic lane, and the client’s trust, and changed his life forever.

The client was on his motorcycle on Semoran Boulevard in Orlando when the wrong-way pickup truck hit him head-on, injuring him so severely he will never be able to have children. Morgan & Morgan lawyer John Dill took his case before an Orange County jury, which eventually awarded our client $47.5 million.

It was Saturday night, Oct. 28. Four men were throwing an illegal open-house Halloween party in Apopka, Florida. They called it “Blood Gulch” and on MySpace posted an invitation to the party, replete with directions to the house and references to the alcohol that would be served. They also advertised the party on datawhore.com, a website with which the four men were affiliated.

The event attracted many partygoers, including those who would drive home after drinking.

The event attracted the attention of many partygoers, including two minor males, who would eventually leave the party likely intoxicated, get into a 1999 Ford pickup, and head home.

Very early morning on Sunday, Oct. 29, 2006 — about 12:35 a.m. — the pickup truck ended up traveling the wrong way down State Highway 436, when it struck the 2005 Honda motorcycle that he had been driving. He sustained severe, life-altering injuries.

A Successful Fight for Justice

Our client would ultimately choose Morgan & Morgan attorney John Dill as his advocate in his fight for justice, filing a lawsuit against the four men responsible for throwing the house party. Dill and his colleagues at Morgan & Morgan knew that the client shouldn’t have to be on the hook for medical bills, lost wages, and overall suffer for the rest of his life because of the actions of others.

The jury awarded our client $47.5 million for medical expenses, lost wages, pain and suffering, and more

The lawsuit alleged negligence on the part of the defendants, in addition to liability claims based on Florida law governing furnishing minors with alcohol. The suit said the defendants violated the law by knowingly, willfully and unlawfully giving alcohol to minors, allowing them to consume it, and failing to take steps to stop them from driving an automobile while intoxicated.

In Feb. 2013, after a jury trial, the client was awarded $7.5 million for medical expenses and lost wages incurred previously and to be incurred in the future, and $40 million in noneconomic damages for pain and suffering, disability, physical impairment, disfigurement, mental anguish, inconvenience, aggravation of a disease, physical defect, and loss of capacity for the enjoyment of life (both past and future).

Dill and his team fought hard to get the client justice, and while money doesn’t solve everything, it helped and will help the client live his life the best he can; and it did hold the negligent parties accountable for their role in kickstarting a truly awful event.

If you’re the victim of a negligent driver, you don’t have to fight on your own. Our car accident attorneys at Morgan & Morgan are here to help fight for you — all the way to court, if it’s required. Contact us today for a free, no-risk case evaluation.