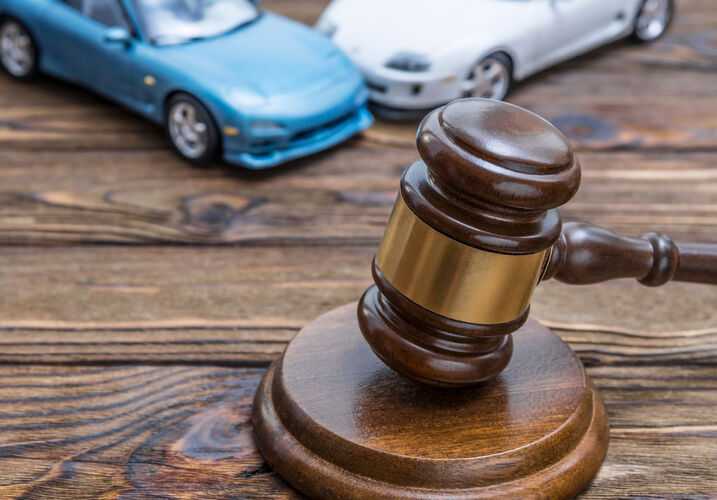 Our attorneys, Keith Goan, with assistance from Paul Fulmer, won a $302,000 verdict — several times the pre-trial offer — for a woman injured in a rear-end collision caused by a Hillsborough County deputy sheriff near Tampa, Florida.

The accident occurred at the intersection of Henderson Road and West Linebaugh Avenue in June 2012. As our client approached the intersection, the driver in front of her was indecisive about which direction to turn and stopped short of the traffic light. Our client saw this and stopped with plenty of space between her and the vehicle in front of her, but the sheriff's deputy behind her did not, and crashed into her vehicle.

Our client sustained a neck injury in the crash and required multiple epidural injections. The sheriff's office denied any liability though, and our client had to fight to receive compensation for her medical bills and the pain and suffering that resulted from the crash.

In an attempt to settle the case and avoid trial, the Hillsborough County Sheriff's Office made an offer to our client, but it was significantly less than what attorneys Goan and Fulmer believed the claim was worth.

For more information on why trials matter, check out our handy guide.

At trial, Goan and Fulmer were able to convince the jury that the sheriff's deputy was 100 percent liable for the car wreck, not the indecisive driver ahead of our client at the intersection.

It really came down to the fact that the deputy just never saw our client.

“After all of this time and frustration for our client, we were glad to see her get the justice she deserves,” Goan said. “This case is an example of many that showcase our dedication to ensuring clients get the compensation and justice to which they’re entitled. We don’t shy away from trials regardless of who the negligent party is.”

Why We Fight All the Way to Trial

While our client could have accepted the insufficient pre-trial offer and considered herself lucky to get any compensation at all, she decided she shouldn’t have to settle for partial justice. At Morgan & Morgan, we agree with this sentiment and all of our attorneys are highly capable trial attorneys who feel comfortable in the courtroom, if that’s where they need to go to get their client total justice.

In fact, we ran a weeklong series last year on the impact going to trial can have on the outcome of a client's case. In one notable medical malpractice case, our attorneys were able to turn a zero dollar pre-trial offer into a $1.97 million verdict. In another case profiled that week, our attorneys were able to turn a $25,000 pre-trial offer in an automobile accident case into a $12 million verdict.

If you would like to learn about how we may be able to help you with a legal matter, contact us today for a free, no risk case evaluation.