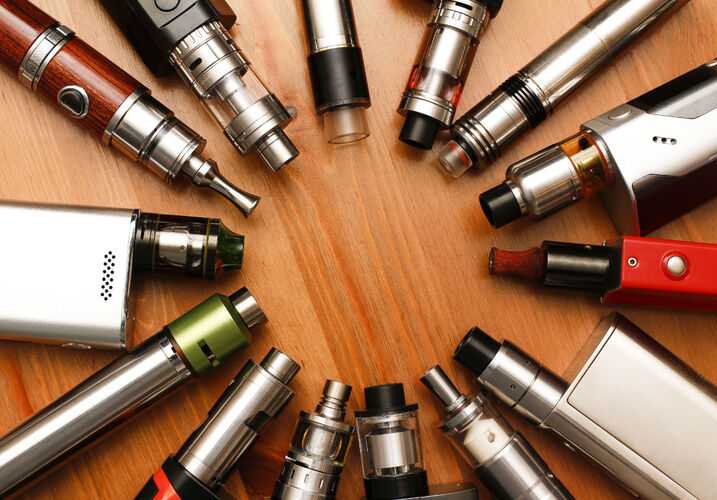 We are proud to announce that attorneys Orlando Mike Morgan, Harris Yegelwel, and Brian McClain of the Morgan & Morgan’s Product Safety Group scored an impressive $2,000,000 verdict on behalf of a man who was seriously injured by an exploding e-cigarette battery.

Our client, J Michael Hoce, purchased the e-cigarette battery online to use with his e-cigarette. The battery was manufactured by Chinese company Efest and sold by eBay retailer ‘RL Sales’ within the United States. The eBay retailer was named as the defendant of this case.

“The battery turned the e-cigarette into a pipe bomb,” Morgan explained.

The battery worked without issue for two months, but the volatile and defective product was an accident waiting to happen. One morning, our client tried to use his e-cigarette after inserting the battery, only to have the top of the e-cigarette explode violently in his face. Our client’s front three teeth were blown out as a result, causing him immense pain and suffering.

“The battery turned the e-cigarette into a pipe bomb,” Morgan explained.

Fortunately, our attorneys are true trial warriors, and this case was no exception. Morgan, Yegelwel, and McClain fought hard in the courtroom to prove the eBay retailer was liable for selling the dangerous battery, and the attorneys were valiant in their efforts.

The Gainesville jury awarded our client $2 million — a verdict that both fairly compensates our client for his medical bills and injuries and sends a strong message to online retailers that selling defective products is unacceptable in this country.

“This is an important case reinforcing the belief that sellers are responsible if they are going to buy cheap inferior products from China and sell them here,” Morgan said. “Cases like this keep all of us safe.”

This case is just one example of a growing danger to consumers in our country: exploding batteries.

There have been a number of high-profile incidents involving e-cigarette and vapes exploding in people’s pockets or faces, causing serious burn injuries.

In 2016, Florida man James Dardini’s vape device exploded in his right pant's pocket, engulfing his leg in flames and causing second and third degree burns. The damage was so extensive that it required skin graft surgery, and Dardini sustained life-altering injuries to his groin, legs, and lower back.

“Cases like this keep all of us safe," said Morgan.

In another case from 2015, James Lauria of Destin, Florida was using his e-cigarette when the device suddenly exploded in his mouth, burning a large hole between the roof of his mouth and his nasal cavity and fracturing his teeth and his hands. Lauria was flown to University of Alabama at Birmingham’s trauma and burn unit, where he was intubated because his esophagus was so swollen that he couldn’t breath.

Morgan filed lawsuits on behalf of both of these men, alleging negligence on the part of e-cigarette retailers and manufacturers.

Smartphones also have the potential to explode and hurt consumers. On September 15, 2016, smartphone maker Samsung recalled 2.5 million Galaxy Note 7 devices after reports of dangerous battery incidents. The lithium-ion batteries in these devices were prone to overheating due to battery system failures, causing phones to catch fire or explode.

In total, the defective Note 7 devices caused 26 burn injuries, and 55 reports of property damage, including fires in cars and garages, according to the U.S. Consumer Product Safety Commission.

The Morgan & Morgan Product Safety Group Can Help You

The Morgan & Morgan Product Safety Group, which is headed by Mike Morgan, was founded to represent individuals and families who have been severely injured by defectively designed and manufactured products. Today, the group delivered justice yet again with this $2 million verdict.