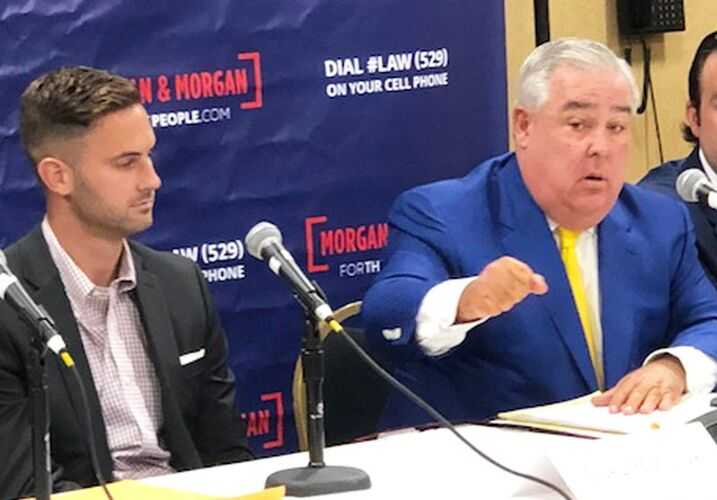 Morgan & Morgan has filed a lawsuit against the NCAA on behalf of former University of Louisville men’s basketball players over the NCAA taking away the Cardinals’ 2013 national title and nixing some other seasons’ successes. The players allege that the NCAA portrayed them in a false light and are seeking to restore the program’s vacated wins and national title.

The NCAA took away the program’s wins over an alleged escort scandal allegedly orchestrated by a former graduate assistant and director of basketball operations during Coach Rick Pitino’s tenure.

Getting These Players’ Good Names Back

The NCAA’s harsh ruling was the first of its kind, as no other college basketball program had ever been stripped of a national title. In addition to the vacated championship, the program lost all wins from the 2012, 2013, and 2014 seasons, and repay the NCAA nearly $600,000 in tournament payouts from the seasons in question.

The NCAA issued its ruling without naming any of the players allegedly involved in the escort scandal, and made it seem as if every player at the program was involved. The plaintiffs dispute that assertion.

What Does the Complaint Allege?

The primary allegation in the complaint is that the NCAA portrayed members of the Louisville men’s basketball team in a false light. The NCAA asserted that all the players from the 2012, 2013, and 2014 seasons participated in the escort scandal and those actions led to the NCAA’s decision.

The plaintiffs say they did not engage in any of the behaviors alleged by the NCAA, and that by making a blanket claim that all players on the team engaged in such activity, the NCAA portrayed the plaintiffs in a false light.

“I have to live with this everyday. I'm involved with the right things and do the right thing,” Hancock said. “I’m excited that Morgan & Morgan has partnered with us and is going to represent us, because enough is enough.”

The complaint also alleges that the NCAA broke its promise to work for the benefit of student-athletes, committed a breach of contract by vacating the wins and awards of players who maintained eligibility the entire time they played for the school, and was negligent in handling the matter because it involved criminal activity and the NCAA has no jurisdiction to investigate and punish people for criminal acts.

Additionally, the complaint alleges the NCAA caused damage to the plaintiffs by stripping them of the status and rights that come with winning a national title and Most Outstanding Player award, and impaired the plaintiffs’ ability to use their property, which in this case are the wins, championships, and individual awards mentioned in the complaint.

“I have to live with this everyday. I’m involved with the right things and do the right thing,” Hancock said. “I’m excited that Morgan & Morgan has partnered with us and is going to represent us, because enough is enough.”

“What has the NCAA done? There was a team of 12 or 15 individuals... coming there and accusing all of them with one paint brush that they’re all adulterers. That’s unconscionable,” Mazaheri said.

The plaintiffs are seeking a declaration from the NCAA clearing them of any wrongdoing and to have the program’s wins and national title reinstated.

Morgan & Morgan: Everywhere for Everyone

Morgan & Morgan is known as a premier nationwide plaintiffs’ personal injury firm. The cases we handle most often may be car accidents, slip and falls, and medical malpractice, but we also handle mass torts, class actions, commercial litigation, and unique cases such as the one discussed above.

We have the resources and expertise of a large firm that can handle almost any case, while maintaining the personal touch of a small firm that makes each client feel as if they’re our only client. Contact us today for injuries and damages big and small to learn more about how our attorneys may be able to help.