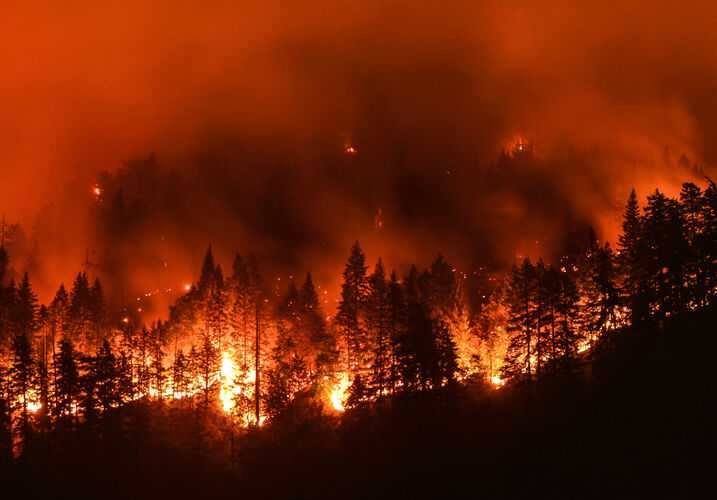 We are proud to announce that Morgan & Morgan attorney Ben Wilson was appointed to the Plaintiffs’ Steering Committee for the ongoing Northern California wildfire litigation by Judge Curtis E. A. Karnow of the Superior Court of California.

The order, which was filed on March 6, 2018, appoints a number of attorneys and law firms to the Plaintiffs’ Steering Committee, including our own Ben Wilson, an attorney with extensive experience representing individuals and families seriously injured or killed by fires.

This lawsuit seeks to determine PG&E’s liability in the 2017 Northern California wildfires...

The Plaintiffs’ Steering Committee will play an important role in the wildfire cases by providing guidance to the Lead Counsel, Liaison Counsel, and Executive Committee in regards to pretrial activities and litigation strategy, among other vital responsibilities.

This lawsuit seeks to determine PG&E’s liability in the 2017 Northern California wildfires, and discover whether [product liability])/product-liability-attorneys/) of the utility company’s maintenance of its equipment, electrical infrastructure, and vegetation could be the cause of the fires.

The Northern California wildfires broke out on October 8, 2017, raging across Napa, Lake, Sonoma, Mendocino, Butte, and Solano counties until they were successfully contained on October 31, 2017. There were 250 fires in total, destroying at least 245,000 acres of land and costing $9.4 billion in damage, according to the California Department of Finance.

Two of the most destructive fires, the Atlas and Tubb wildfires, caused at least 42 deaths and destroyed nearly 7,000 buildings and homes alone. Together, they are the deadliest wildfires in the history of California, and those affected by the wildfires want to know how the fires started and who is responsible for them.

Most wildfires start naturally, usually sparked by heat or lightning after weeks of dry weather. But some wildfires are the result of electrical fires. These types of wildfires are often sparked by downed power lines, contact with nearby trees or vegetation, or aging and failing equipment.

In California, utility companies like PG&E are required to maintain clearances between power lines and vegetation, in order to prevent wildfires.

In California, utility companies like PG&E are required to maintain clearances between power lines and vegetation, in order to prevent wildfires. These companies can be fined heavily for failing to do this routine maintenance.

While improperly maintained power lines and infrastructure only account for three percent of wildfires, they are often behind some of the largest and most widespread blazes, according to The New York Times. This is because these electrical lines are often located above remote and windy terrain, all of which aids the spread of wildfires.

The utility company has been implicated in a number of previous California wildfires, including:

Were You Impacted by the Northern California Wildfire?

Our attorneys are helping victims of the Northern California wildfire. If your home or business was destroyed in the wildfire, or you were injured by the blazes. Fill out our free case review to learn more today.