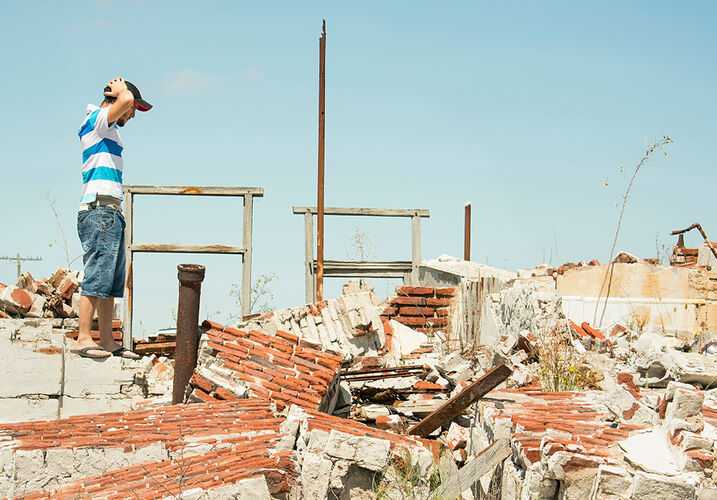 A natural gas explosion at a Billings, Montana apartment complex sent two people to the hospital on Saturday, according to U.S. News & World Report. Emergency crews evacuated the Battleship Apartments building and transported a man and a woman to the hospital with severe burns. Billings Deputy Fire Marshal Jeff McCullough says that the explosion caused about $250,000 in damages.

Emergency responders were called to the scene around 9:45 on Saturday night. Residents of the building described glass from a door shooting across the road. They said the blast sounded like a tree hitting the roof. The gas to the building was turned off by Montana-Dakota Utilities. According to the Billings Gazette, the Third Avenue South block was closed for the night and the building remained evacuated as officials determine the structural integrity of the building. The American Red Cross is helping care for displaced residents.

Being the victim of a home explosion can mean losing everything, and starting your life over can be very expensive. From medical bills to lost income, alternative accommodations, and having to buy all the things you need to live, a home explosion can leave you on the hook for quite a lot. But in many cases, a landlord or gas company’s negligence led to the conditions that caused the explosion. In these cases, you may be eligible for compensation for damages resulting from the blast.

When going up against a landlord, a gas company, or their insurance companies, it’s important to have an experienced lawyer on your side. If you’ve been the victim of a home explosion, call Morgan & Morgan. Our attorneys have over 30 years of experience fighting for people just like you, and we have recovered more than $5 billion for clients.

Fill out a free case evaluation to learn more.