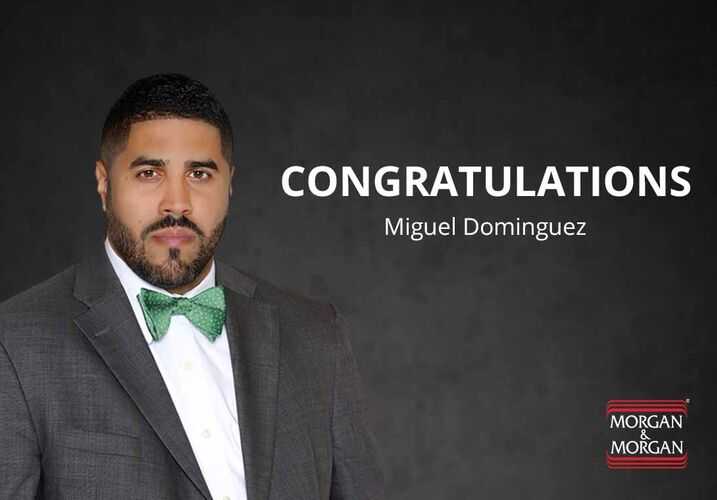 We’re happy to announce that our own Miguel Dominguez is going to be a recipient of the 2017 “40 Under 40 Nation’s Best Advocates” award. His outstanding work and commitment to his clients make him an excellent choice for the award.

The National Bar Association (NBA) was founded in 1925 and is the nation’s oldest and largest national network of African-American attorneys and judges. It represents the interests of more than 65,000 lawyers, judges, law professors, and law students.

The “40 Under 40 Nation's Best Advocates” award recognizes the nation’s top lawyers under the age of 40 who exemplify a broad range of high achievement in the legal field, including advocacy, innovation, vision, leadership, and overall legal and community involvement. Nominees from all over the world are reviewed before the list is narrowed down to the 40 attorneys to receive the award.

The recipients will be honored at the National Bar Association’s renowned 40 Under 40 Awards Gala on Wednesday, August 2, 2017, during the NBA’s 92nd Annual Convention in Toronto, Canada.

Mr. Dominguez got his start as a law clerk for Judge Anne Elizabeth Barnes of the Georgia Court of Appeals. He went on to become a criminal defense attorney, before leaving his practice to become a prosecutor in Atlanta. His work as a prosecutor spans the entire Atlanta metro area, which allowed him the honor and distinction of becoming the first Latino prosecutor in the history of those judicial circuits.

Mr. Dominguez is passionate about fighting on the behalf of victims of violent crimes who have been seriously injured or killed in crime-ridden neighborhoods. He works relentlessly to become the voice for the disenfranchised.

We are very proud of Miguel’s achievement!