Man and Son Keep Only Their Lives in Michigan Explosion 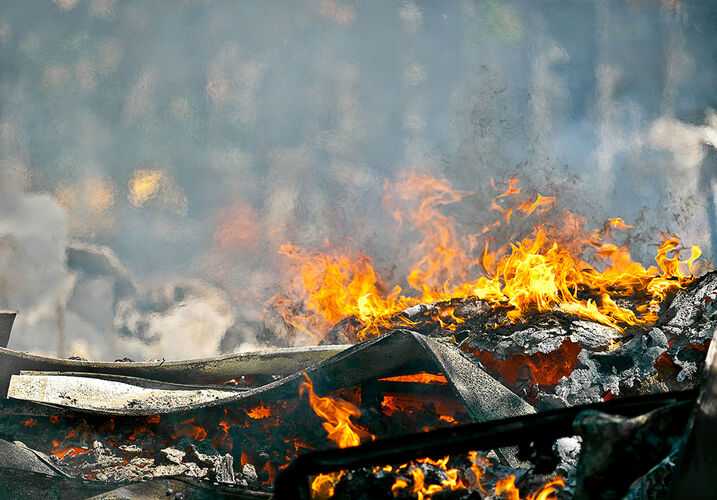 A man and his son were badly burned in an explosion that leveled their house in Egleston, Michigan, on Nov. 19, WZZM 13 reported. Brandon Stock, 43, and his son Riley, 17, were in the basement starting the dryer when the blast occurred. A relative, Marvin Hill, Brandon’s father-in-law, felt the explosion in his home, which is adjacent to the Stocks’. Hill braved the flames and used a piece of debris to pry a small hole into the basement to allow Riley and Brandon to crawl out.

WNEM reported that a crew of construction workers down the street saw the explosion and left their job site to assist in the rescue. They arrived after Riley had been extricated from the wreckage. They were later joined by firefighters, who fought the blaze for hours. Investigators were sifting through the rubble to find the cause of the explosion. One plausible explanation relates to a propane tank that was filled in the Stocks’ home just minutes before the building ignited.

A home explosion is a devastating travesty that not only threatens human life but also destroys property. On top of medical expenses and lost days at work, you will literally need to rebuild your life from the ground up. A maintenance failure on the part of your gas company could be responsible. Your gas supplier carries insurance for exactly this type of incident, and you deserve to be paid out from its policy if it is at fault. However, insurance companies will often fight tooth and nail to avoid paying you fair compensation. That’s why it’s important to have an experienced lawyer who can fight for you against the insurance company’s legal maneuvering. To see what you may be entitled to, contact Morgan & Morgan today.