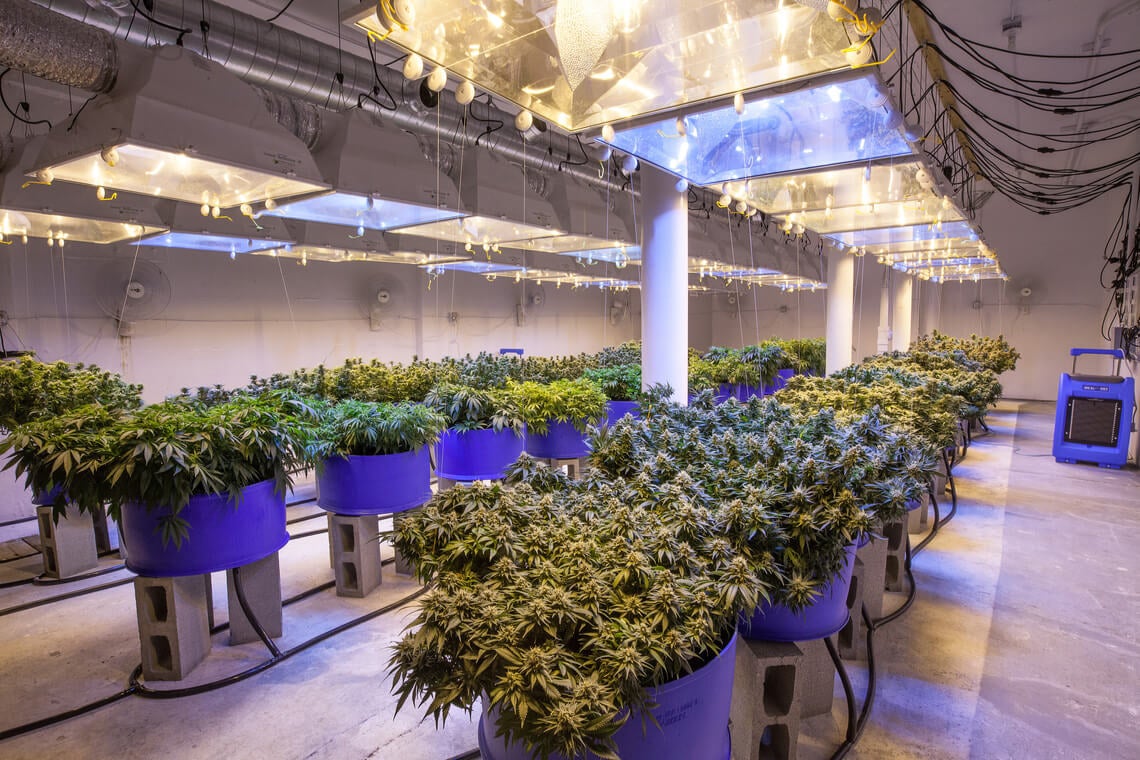 Could you run a multimillion-dollar business without a bank? Would you be willing to start a business without the protection of insurance? These aren’t questions most aspiring entrepreneurs need to ask themselves, but for those entering the legal marijuana industry, there may be no banks willing to take your stacks of cash or sell you insurance.

Marijuana is now legal in some form in 29 states and the District of Columbia and is among the fastest growing industries in the country. Still, many banks and some insurance companies refuse to work with marijuana business owners even though everything they do is legal. But, if marijuana is legal why can’t business owners growing and selling the plant purchase insurance or deposit their money in a bank?

The simple answer is that although marijuana is legal on the state level in some places, the federal government still classifies it as a Schedule One drug — a scheduling reserved for drugs that supposedly have no medical benefit, including heroin, cocaine, and LSD. New marijuana-related businesses continue to open, though, and some are having a more difficult time operating than others.

Insurance and a Bank: Two Things All Businesses Need

Not having access to a bank and an insurance policy can have serious consequences for marijuana business owners.

Without banking services, marijuana business owners can only accept cash from their customers, must pay all their bills and taxes in cash, and are constantly dealing with the problem of where to safely stash their money, if not a bank. With so much cash lying around, marijuana businesses and their owners have increasingly become the target of thieves looking for a profitable job, according to Los Angeles Times.

One marijuana business owner in Los Angeles who needed to bring $200,000 in cash to pay taxes painted this picture of potential danger: "Right now, at the downtown office of finance, there's a six-story parking structure 500 yards away," the owner said. "I have to walk through what is essentially a homeless encampment with a duffel bag full of cash, walk across the street, go through security and then sometimes stand in line."

Not having access to insurance brings marijuana business owners a different host of problems.

An important form of insurance people growing marijuana legally can’t purchase is crop insurance. A lack of crop insurance coverage can be devastating to growers, as the recent wildfires in California have shown. At least 73 licensed marijuana farms in Mendocino and Sonoma counties were damaged or destroyed during the wildfires in October, according to a Reuters interview with the executive director of the California Growers Association.

Additionally, businesses are often required to hold policies for several different types of insurance they may be forced to operate without, such as workers’ compensation, business interruption, theft, product liability, cargo insurance, business owner policy coverage, equipment breakdown, and cyber liability, according to the Insurance Journal.

Despite all this, marijuana is a thriving industry in the U.S., and with recreational marijuana becoming legal in California, the country’s most populous state, in January 2018, the coming year will likely produce record profits for the industry. So why are banks and insurance companies still shying away from this cash cow?

Even though marijuana is legal on the state level in some form in more than half the country, it is still illegal on the federal level. Federal agents from the federal Drug Enforcement Agency can still raid and shut down marijuana businesses operating legally.

This is the primary reason marijuana business owners have such a difficult time finding a bank willing to work with them. All banks have federal deposit insurance, which allows them to guarantee deposits. However, that insurance comes through the Federal Reserve, which is subject to federal laws, according to the LA Times.

As a result, in order to be in compliance with the Federal Deposit Insurance Corporation — which has the power to shut down banks for violating the law — most banks prefer to avoid dealing with businesses that sell or profit from a drug that is illegal on the federal level. This does not mean it’s impossible for marijuana business owners to gain access to a bank, though.

In 2013, the U.S. Department of Justice issued the “Cole Memo,” outlining the federal government's policy on states with legalized marijuana. The memo stipulated that the DOJ would focus on preventing sales to minors, interstate trafficking and a few other drug-related crimes. Based on this memo, the Financial Crimes Enforcement Network, or FinCEN, created its own guidelines for banks that wanted to work with marijuana businesses.

These guidelines required banks to monitor the marijuana businesses that they served to make sure they are in compliance with the priorities of the Cole Memo, according to the LA Times. Yet, banks can’t know about the day-to-day activities of a business they serve unless they are always monitoring the premises. This complicates whether banks can sign off that a marijuana business banking with them is in compliance with FinCEN guidelines, because of the close monitoring it requires.

Rather than get involved with a business that could potentially get a bank shut down, most prefer not to get involved with the marijuana industry at all. In March, FinCEN reported that 368 banks and credit unions were serving the marijuana industry, far fewer than the 12,000 registered in the country, according to the LA Times. However, the few banks that do serve the industry charge a pretty penny for the risk they take having a marijuana business as a client.

The dearth of banks available for the marijuana industry and the potentially prohibitive cost forces business owners to make a difficult decision. One option is to go all cash but some owners choose a more reckless option and set up a fake company in an industry the bank is willing to deal with and deposit the cash from the marijuana business through the fake company. This is a dicey play, though, because it could be considered money laundering, which is illegal.

Things are slightly different with regard to insurance.

There are fewer legal boundaries for a marijuana business to buy insurance than to use the services of a bank, but the federal prohibition on weed remains the biggest obstacle. Unlike banks, which need to be in compliance with federal regulators, insurance is regulated on the state level. You would think this would make getting insurance simple, but that was not the case.

Prior to the Cole Memo, insurance companies were wary of insuring something that was federally illegal because even if it was legal on a state level, the business could be closed at any time by federal agents. Insuring such a businesses is risky, and was something many in the industry wanted to avoid, according to Business Insurance. Following the Cole Memo, the attitudes of insurance companies slowly began to shift and today the trend is to allow them to be insured.

However, the Trump administration has taken a more hostile stance towards marijuana than the Obama administration did, and it’s making some insurance companies nervous. Nevertheless, the insurance industry is beginning to cater to the specific needs of the marijuana industry and it should only get easier for business owners to buy insurance.