Lead in Jackson’s Water: How You Can Protect Your Family 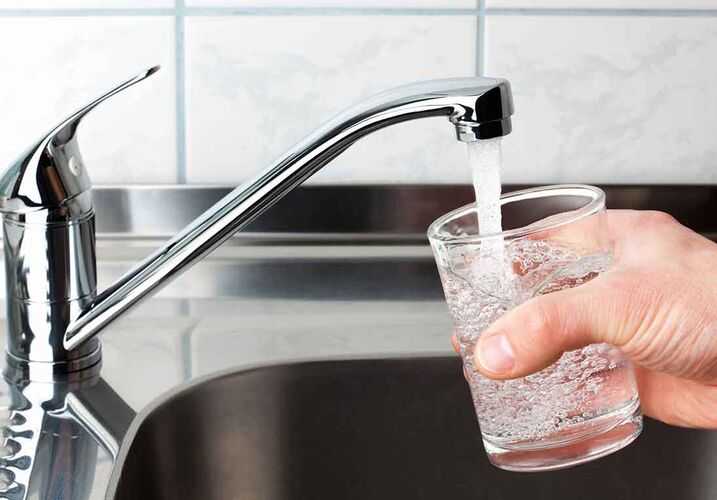 An alarming level of lead has been found in the water of Mississippi’s capital – levels so high that the situation has been compared to the crisis in Flint, Michigan. A recent study published in the Journal of Pediatrics found that children in Mississippi have higher levels of lead in the blood than they did six years ago.

Data provided by Quest Diagnostics, the largest provider of diagnostic information services in the country, found that between 2009 and 2015, children under the age of six with high blood lead levels increased from 3.6 percent to 6.3 percent. This was the highest increase out of 37 states in the data set.

Some experts believe that these children are from lower socioeconomic status and are at greater risks of high blood lead levels considering the risk of exposure inside older homes. Plumbing in homes built before 1978 may have lead materials that could find their way into drinking water — and for Jackson, that constitutes of 70 percent of homes, Mayor Tony Yarber told the Clarion-Ledger. Also lead paint, which was outlawed in 1978, may be a huge contributor to the high levels.

The Mississippi Department of Health hosted a lead testing event after Jackson residents discovered the unmaintained pH level of the city’s water. But there was no sense of urgency to get tested, as only a handful of people showed up, according to a MSDH spokesperson.

“We have a long way to go, both in terms of contaminated water and residual lead-based paint, to reduce disparities that put some of our children at disproportionate risk of exposure to lead,” said Dr. Harvey Kaufman, senior medical director of Quest Diagnostics, in the Clarion-Ledger.

While the state continues to address the issues stemming from the lead contamination, there are some precautions you can take to protect yourself and your family.

Because the root of Jackson’s lead problems lies in corrosion, or wearing away of metal, it is important that you and your family are aware of the pipe conditions through which the water runs. The first thing to do is call your municipal water supplier. They might do the testing for you, or you might end up needing to purchase your own test.

If you choose to administer it yourself, follow the instructions carefully and only use “first-draw water,” according to CNN. That is, the very first water that comes out of your pipes after sitting overnight. If there is a contamination, this water will have the most accumulation of toxins. These samples must be sent to a state-certified lab for analysis, a list of which can be found on the MSDH’s website.

You cannot see, smell, or taste lead, and boiling water will not get rid of lead, according to the Environmental Protection Agency. Health experts and engineers suggest homeowners who discover high levels of lead (at or above 15 part per billion) to run their tap on cold for one to two minutes before drinking or cooking and to avoid using hot water for drinking and cooking at all costs.

Children under the age of five and pregnant women should refrain from drinking from the tap. Drinking bottled or filter water — even when mixing formula — can decrease contracting lead poisoning. Also consider replacing lead-containing plumbing fixtures and only use lead-free pipe, solder, and flux as per the Safe Drinking Water Act regulations.

Get Your Child Tested

Children can suffer from major health effects due to lead poisoning, such as anemia, slowed growth, lower IQ, hyperactivity, hearing problems, and behavioral and learning problems. Because lead poisoning often occurs with no obvious symptoms, it can go unrecognized. Testing your child with a simple blood test at the pediatrician goes a long way and can identify whether your child has elevated levels of lead in his or her blood.

The EPA also recommends pregnant women get tested, as an accumulation of lead can affect the bones. Lead can also cross the placental barrier, thus exposing the fetus to lead. This leads to reduced growth of the fetus and premature birth.

Investigate What's Being Done to Fix the Situation

It is often tricky to distinguish just who is liable for lead hazards in the home. If you are renting your apartment or home and have tested positive for lead in your drinking water, the landlord has sole responsibility. Property owners must inform tenants before they sign the lease or rental agreement with a federally-approved form. They must also give the tenants the lead hazard information booklet prepared by the EPA. Any landlord who violates these federal requirements could be charged with a civil penalty of up to $11,000 per violation.

The city of Jackson will not replace resident’s lead pipes, but it is the city’s responsibility to “treat the water to maintain a stable pH,” according to the Clarion-Ledger. As of March, the city was seeking to hire an engineer who would conduct corrosion control studies to decrease lead leaching (or the dissolving of lead into the water), optimize treatment, and stabilize pH levels.