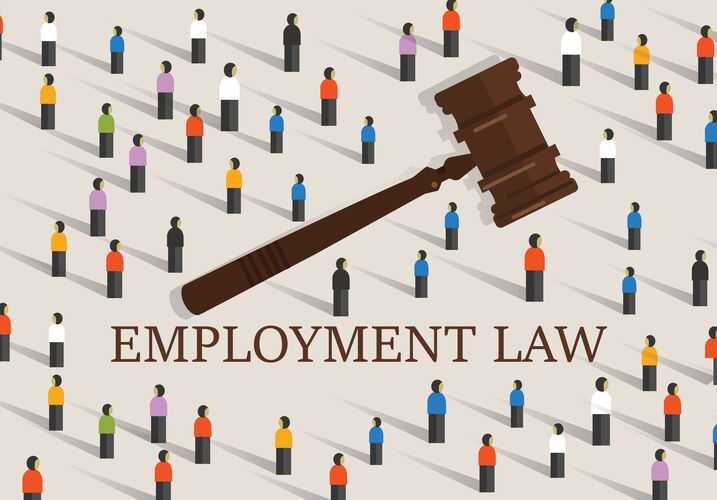 This year has been a big one in the field of employment law. The courts have taken multiple opportunities to clarify some of the rules associated with the Fair Labor Standards Act, for example. They have further defined the difference between an employee and an independent contractor, and they have further clarified the status of workers in the “gig economy” and their rights. Here is a list of some of the most important cases in employment law for 2019.

The following cases helped guide employers with regard to the FLSA.

On Feb. 28, 2019, in Parrish, et al. v. Premier Directional Drilling, L.P., No. 17-51089, the Fifth Circuit Court of Appeals overturned the U.S. District Court for the Western District of Texas’ award of summary judgment to the plaintiffs. The court held that a group of directional driller consultants were independent contractors, not employees, in large part due to the five standards set forth by the Supreme Court in United States v. Silk, 331 U.S. 704 (1947). They Fifth Circuit based its ruling on the consultants’ highly specialized skills, their degree of control over their own projects, and their ability to control their profits and analyzed losses.

On June 28, 2019, a Ninth Circuit Court of Appeals panel heard oral arguments in consolidated appeals regarding whether employees should be compensated for pre-exit inspections of their bags at two retail clothing store chains. In the end, they held that the federal de minimis doctrine applied to the plaintiffs’ claims under the California Labor Code and the California Supreme Court, in answering a certified question from the Ninth Circuit, concluded that the federal doctrine was inapplicable and that, at most, a limited form of the state’s de minimis doctrine might apply in some circumstances.

While the underlying district court rulings would be overturned, the question remained: When do those limited circumstances exist? In Rodriguez v. Nike Retails Servs., 2019 U.S. App. LEXIS 19475 (9th Cir. June 28, 2019), the court ruled that the minute or so it took for such inspections was indeed a de minimis amount of time, and that even an accumulation of such minutes failed to constitute compensable time. Therefore, the Ninth Circuit rejected the extension of California’s “de Minimis” doctrine to cases that otherwise fall into federal jurisdiction.

The Court opined that “the employer is not obligated to police meal breaks and ensure no work thereafter is performed.” They also said off-duty rest periods must also be “provided.”

In June 2019, the US Supreme Court issued its decision in Parker Drilling Management Services, Ltd. v. Newton, in which they held that state wage-and-hour laws do not apply to employees working on the Outer Continental Shelf (OCS) off the coast of California.

The Court took the opportunity to resolve a circuit split between the Ninth Circuit and the Fifth Circuit, when they adopted the Fifth Circuit’s view that state wage-and-hour laws do not apply to workers on the OCS because the federal FLSA is the controlling authority on that subject. Broadly speaking, when there is a conflict between state and federal authority, the federal law will take precedence.

In a February 2019 decision by the Second Circuit Court of Appeals, the court determined that a student at a for-profit cosmetology school was the “primary beneficiary” of the hours he spent training at the academy’s salon, which mean the student was an intern, which meant he wasn’t an employee, and therefore not entitled to be covered by the minimum wage or overtime rules under either the FLSA or the New York Labor Law.

On Feb. 7, 2019, the Fifth Circuit Court of Appeals issued a “per curiam” (collective) opinion in which they offered a helpful discussion and overview on the question of when the employee of a contractor is considered a “borrowed employee” of the owner/operator, which is an important issue for offshore owners/operators. The Sixth Circuit’s decision affirmed a district court’s granting of summary judgment to an offshore platform owner for injuries sustained by the employee of one of its contractors.

A decision by the First Circuit Court of Appeals in June 2019 clarified that the lack of an alignment between the employer’s workweek and the “workweek” established by FLSA does not relieve the employer of FLSA overtime obligations. The FLSA does include an overtime exception for employees who reside on the work premises for an “extended” period of time – at least 120 hours in a “workweek,” but that exception will not apply if an employer’s payroll workweek does not coincide with an employee’s scheduled workweek for at least that many hours.

Generally speaking, the FLSA requires an employer to pay for all time that it requires an employee to spend at a worksite, including sleep time. However, in a 1988 enforcement memorandum, the U.S. Department of Labor (DOL) defined “extended periods of time” as “resid[ing] on the premises for a period of at least 120 hours in a workweek.” The same memorandum defined “workweek” as “seven consecutive 24-hour periods” and added that the employer’s workweek “need not coincide with the calendar week.” According to the FLSA, once the employer has established the day its workweek begins, the following seven-day period “remains fixed regardless of the schedule of hours worked by [the employee].”

The Americans With Disabilities Act (ADA)

There were also a number of cases that went a long way toward clarifying employers’ duties under the Americans With Disabilities Act. Among the important decisions made this past year are these:

On Oct. 29, 2019, the Seventh Circuit Court of Appeals ruled that the refusal of railway operator Burlington Northern Santa Fe Railway Company (BNSF) to hire an obese candidate due to what it saw as an unacceptably high risk that the applicant would develop certain obesity-related medical conditions incompatible with the position sought did not violate the ADA.

When Ronald Shell applied for a job as a heavy equipment operator with BNSF, the railroad followed its standard practice for a safety-sensitive position when they required Shell to undergo a medical examination, which revealed Shell’s BMI to be 47. Since the company has set an internal BMI limit of 40 for hiring people for safety-sensitive positions, Shell was not hired. In Shell’s case, BNSF expressed concern that his obesity, although not causing any present disability, would likely cause Shell future disabilities such as sleep apnea, diabetes, and heart disease. Based on that, the Seventh Circuit ruled in favor of BNSF, noting that discrimination based on future impairments was not covered by the ADA.

While future impairments were decided to be off-limits when it came to the Americans with Disabilities Act, on Aug. 20, 2019, the Ninth Circuit Court of Appeals decided to not answer the question of whether current morbid obesity is considered a disability.

In Valtierra v. Medtronic Inc., Ninth Circuit affirmed the District Court’s grant of summary judgment in favor of the defendant in the case. That said, however, the Court decided not to join numerous other appeals courts, including the Second, Sixth, Seventh and Eighth Circuits, each of which held that obesity cannot constitute a disability under applicable EEOC regulations unless there is evidence that the obesity is caused by an underlying physiological condition.

In another case attempting to tackle the concept of obesity as a disability under the ADA, the Seventh Circuit Court of Appeals recently held in Richardson v. Chicago Transit Authority that obesity is not a protected disability under the ADA unless a plaintiff can demonstrate that it is caused by an underlying physiological disorder or condition.

This decision by the Seventh Circuit brought clarity to an issue previously unresolved for employers in Illinois, Indiana, and Wisconsin. While the decision in this case isn’t groundbreaking, it does bring the Seventh Circuit in alignment with decisions from the Second, Sixth, and Eighth Circuits.

Throughout 2019, the courts also had a lot to say when it came to the Employee Retirement Income Security Act. which covers most employee retirement plans, as well as the concept of arbitration.

In August 2019, the Third Circuit Court of Appeals joined the Second, Seventh, Eighth, Ninth, and Tenth Circuits when they declined to impose liability on alleged de facto plan administrators. Under ERISA, a plan administrator may be liable and subject to penalties for failing to comply with a participant’s request for information. The plan administrator must provide all requested information within 30 days after the date of the request.

Under ERISA, the term “administrator” is defined as “the person specifically so designated by the terms of the instrument under which the plan is operated.” In this case, the “plan administrator” was the company’s board of trustees, who delegated the authority to process and approve all non-disputed applications for benefits to its executive pension director (“director”).  Therefore, the Third Circuit addressed whether a participant could sue a “de facto plan administrator” for failing to provide information in a timely manner.

On Jan. 15, 2019, the U.S. Supreme Court ruled 8-0 that Section 1 of the Federal Arbitration Act (FAA) excludes interstate truck drivers from coverage, even if they are independent contractors. The Court also held that a court, not an arbitrator, must determine whether the Section 1 exclusion applies early on, even when the agreement delegates questions of arbitration to the arbitrator. The driver who brought the complaint alleged wage and hour violations against a company for which he provided driving services.  The agreement he signed included an intent to resolve all work disputes via arbitration and delegated to the arbitrator questions about the agreement’s enforceability.

Both parties agreed that the driver was a worker engaged in interstate commerce, but the company argued that the Section 1 exemption relating to “contracts of employment” did not apply because he was an independent contractor, and not an employee. The Supreme Court disagreed and cited the legislative history of the FAA to claim that its drafters intended the statute to cover all relationships between employers and their workers, whether the workers are classified as independent contractors or employees.