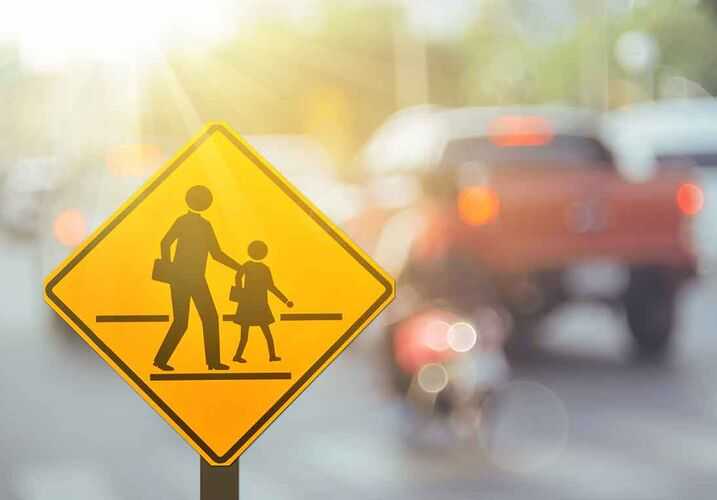 Lakeland residents are coming together in an outcry against the dangerous conditions for students along Clubhouse Road, after the untimely death of George Jenkins High School student Kalen Kirk.

On May 2nd at 6:18 a.m, a car struck and killed Kirk, 17, on the intersection of Clubhouse Road and Andros Boulevard, while he was trying to cross the street to get to his bus stop. Although investigators say the collision was unavoidable, many parents say this accident may have been avoided if Polk County had listened to their prior requests for traffic control.

Despite the fact that Clubhouse Road is the designated bus stop location for 15 to 20 high school students, the street lacks adequate lighting, safe crosswalks, sidewalks, and student speed zone signs, according to local parents and government regulations. The speed limit on Clubhouse Road is 45 mph, whereas most student speed zones enforce a speed limit of 20 mph. The combination of fast-moving cars and poor lighting is most hazardous in the early morning, the time when most students are walking to their bus stop.

Safe roads near bus stops should include features such as striped crosswalks and traffic signals, and should minimize unprotected street crossings as much as possible, according to the NHTSA. The Clubhouse Road bus stop does not conform to the majority of these safety guidelines.

Here in Florida, there is a law that outlines hazardous walking conditions for students, specifying that an uncontrolled crossing site to a bus stop — one without a crosswalk or traffic control measure — is considered unsafe if the traffic volume on the road exceeds the rate of 360 vehicles per hour.

Unfortunately, this isn’t the first fatal accident involving pedestrians on Clubhouse Road. In 2014, Scott Sherman and Jill Braddock were both struck and killed in separate accidents along that same stretch of Clubhouse Road.

Polk County officials, like Traffic Manager Amy Gregory, say they have not received any requests for streetlights on Clubhouse Road, according to news reports. However, parents in the area insist they have been vocal in their call for improved street conditions.

For example, long-time Clubhouse Road resident Jose Rodriguez told The Ledger that he has been trying to get the county to install streetlights for years.

"Kids are always walking across the street, every time I drive by I tell my grandkids, 'Keep your eye on the road,'" he said. "Maybe now they will get some lights out here."

Don Cooper, who lives on the intersection of Dismuke Drive and Clubhouse Road, has a long history of emailing with Polk County Traffic and Engineering officials dating back to 2009, in which he has expressed his concern for the lack of lighting on the roads, according to news reports.

The Transportation Services Department for Polk County Public Schools is reviewing the bus stop location in question, reports say. Until more details around the bus stop investigation are revealed, Polk County parents will continue to raise concerns surrounding Clubhouse Road’s unsafe conditions in the hopes of preventing the needless death of another student.

“There should have been some better traffic control measures, lighting, crosswalks, cross guards – something,” Tony Kirk, Kalen’s father, told WFLA at Kalen’s vigil.

Families are urged to discuss pedestrian safety with their children and be vigilant if they use the Clubhouse Road bus stop. Residents can report their complaints about bus stops to Polk County by calling 863-534-7300.

We empathize with those whose lives have been affected by these tragedies. Unfortunately, this isn't the first time something like this has come up. We have had to discuss these types of situations in the past with people in the community. Here are the six top questions we are typically asked while helping accident victims take legal action.