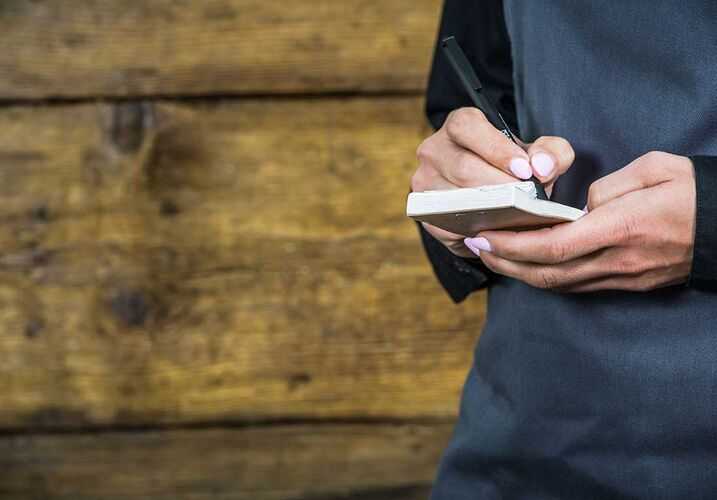 Over 800 hotel workers in the Central Florida area will be sharing roughly $133,000 in back wages after the Department of Labor discovered a Kissimmee-based staffing agency violated laws under the Fair Labor Standards Act. The settlement is not only jarring but also illustrates how common violations of overtime laws are in this industry. Yet the hotel industry is only one of many that withhold compensation from employees.

Workers across various industries are often victims of wage theft, sometimes unaware that their employers are withholding proper compensation. Below are the top eight industries that often violate overtime laws that all workers should be aware of.

Thousands of investigations conducted by the DoL over the years found that full-service and fast food restaurants are some of the biggest violators of overtime and record-keeping laws. The industry has remained the number one violator of the FLSA since 2009, accruing 4,787 cases in 2015 alone and facing thousands of dollars in back wages and penalties.

Recently, fast food franchise Wahlburgers, owned by celebrity brothers Donnie and Mark Wahlberg, were under fire for overtime and minimum wage violations by five former employees. The high profile case such as this will illuminate an issue for those in the dark about their rights.

Healthcare workers are also among the most affected by overtime violations. Some employees, such as caregivers in nursing homes, can often work around-the-clock shifts but are denied overtime pay. For example, a nursing home in the Chicago area was found in violation of overtime laws twice since 2009.

In the first case, the company owed back wages to 39 employees, but in the second, it owed 295 workers over $130,000. The DoL found that the company had not only failed to pay time-and-a-half but also automatically deducted 30-minute meal periods from employees’ work hours even if employees did not take their breaks.

Farmworker Justice is a non-profit organization that seeks to empower migrant and seasonal farmworkers to improve their living and working conditions, among other things. The group, with the help of the DoL, discovered that the agriculture industry is a big violator of the FLSA, especially in terms of minimum wage and other basic labor protections applicable to workers in farms, ranches, and dairies. These violations, the organization found, not only harm workers but also inflicts a competitive disadvantages to those employers who properly pay workers and comply with employment laws. Last year alone, the agriculture industry was responsible for 1,361 cases, affecting over 10,000 employees, and accumulating over $4 million in back wages.

Florida hotel and motel workers struggle to live on low wages and lack critical benefits such as sick leave, according to a statement by the DoL. In 2014, a years-long investigation in Jacksonville recovered over $244K in back wages for 800 employers.

“Workers in the hospitality industry are among the most vulnerable that we see,” Daniel White, district director of the Wage and Hour Division in Jacksonville told News 13 of the Kissimmee incident. Because employees were working under a temporary staffing agency, not directly for the hotels, it put them at greater risk and vulnerability for such violations. “Staffing agencies, like all employers, must pay employees working on their behalf the hard-earned wages to which they are entitled by law.”

Since 2000, day care services have had to pay out back wages for overtime violations in over 2,000 cases, according to a CNN report. The DoL demands that all nonexempt employees of day care operations be paid at least the federal minimum wage and at least one-and-one-half times each employee’s regular pay as overtime compensation for all hours worked over 40 in each workweek.

A Denver-based chain, for example, failed to adhere to the rules and violated laws in at least 21 of its day care centers across the country. Violations included failing to pay employees for time spent at mandatory training courses and work being done before and after scheduled shifts.

Individuals working as janitors and security guards often find themselves working over 40 hours a week and not receiving compensation for the extra hours. In one instance, janitorial employees at a Texas-based commercial building services company worked an average of 65 hours per week but were paid their regular hourly wages, reports the DoL.

Grocery store employees range from teenagers to the elderly and large chains like Piggly Wiggly or Publix hire hundreds of workers at each location. But unfortunately, these workers are also some of the most violated in terms of wage theft. The DoL launched an investigation against supermarket chain Piggly Wiggly and found 30 cases in the last 16 years, costing the conglomerate thousands in back wages.

Most doctors are often not protected by federal overtime laws, as the FLSA exempts certified professionals such as those who practice law or medicine. This means that full-time employees working in certain managerial or professional roles are salaried and not eligible for overtime pay. But in some instances, medical practices fail to adequately pay their workers.

Numbers provided by the Wage and Hour Division show close to $14 million in back wages last year in this sector. In 2009 for example, a Boston based non-profit hospital and physicians network owed $2.7 million to roughly 700 of its employees for unpaid overtime. The major issue arose when employees worked at more than one of the company’s affiliated health care facilities during a single workweek. Their hours worked were not being combined to reflect their appropriate hours and thus were owed overtime pay.

This is not the first, or last, time that companies will look for ways to dodge paying overtime to employees in these industries. And while the Fair Labor Standards Act can be complicated to fully grasp, we have put together an easy-to-read reference guide with all the things you need to know about the law, who it protects, and how overtime payment is calculated.

Our overtime attorneys are ready and willing to help fight for your cause and if you are ready to seek legal assistance, fill out our free, no-risk, case evaluation.