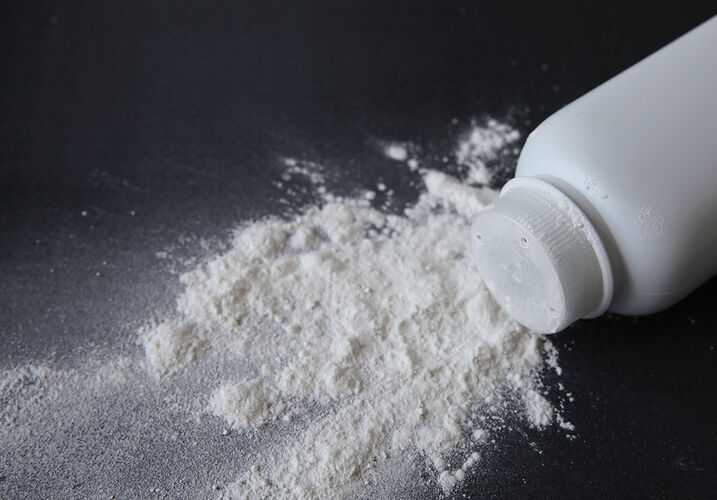 For the second time in three months, major drugmaker Johnson & Johnson is on the hook for millions of dollars stemming from its baby powder product’s link to ovarian cancer. On Monday, a Missouri state jury awarded a woman $55 million in damages in her lawsuit, in which she alleged that the talcum baby powder caused her to develop ovarian cancer.

If you or a loved one has been diagnosed with ovarian cancer and suspect it might have been caused by the use of talcum powder manufactured by Johnson & Johnson, please contact us today. Our attorneys are investigating these claims and you may be eligible to join a potential class action suit.

The decision in 62-year-old plaintiff Gloria Ristesund’s trial came after a four-week trial and a day of jury deliberations, according to Law360. For Ristesund, she was previously at risk for ovarian cancer because she suffered from endometriosis. Continuously using the talc powder allegedly raised this risk by more than 200 percent, according to her attorneys.

In order to prove that the company was aware of the ovarian cancer risk, Ristesund’s attorney presented an internal document, which mentioned that studies conducted to test the talc revealed that use of it in the vaginal area was linked to the incidence of ovarian cancer. The document dates back to 1986.

This is the second verdict involving talc powder that the company has had to bear, with the first being a $72 million verdict for a woman, Jacqueline Fox, who had died from ovarian cancer after using the same product for years. Fox and Ristesund are among the thousands of women who have sued Johnson & Johnson for choosing not to inform consumers about the dangers of using baby powder containing talc.

J&J Has a History of Paying Out for Defective Products

This isn’t the first time Johnson & Johnson has come under fire for its faulty products. Overall, according to the company’s 2015 annual report, more than 75,000 people had filed product liability claims — and that's without the talcum powder claims. In all, the company has spent over $5 billion settling claims, Bloomberg reports.

In 2013, the company agreed to pay out $2.2 billion after illegally marketing Risperdal, an antipsychotic, as safe for children and elders to use. This was the third largest pharmaceutical settlement in the United States. In more recent months, the company had to pay a family $140 million after their child developed a life threatening condition after using “Children’s Motrin,” a painkiller marketed by the company as safe for children to use. A month later, Ethicon, one of J&J’s subsidiaries, paid out several multi-million dollar settlements concerning its vaginal mesh device, which eroded in the women that wore them and left them with permanent injuries and an inability to have sex.

The company, rather than learning from its past mistakes, appears to continue to market products that carry with them some serious side effects, and not only is it putting thousands of people at risk, it is putting a big dent in the company’s finances.

Monday’s verdict brings hope to the thousands of women who are looking for compensation after being exposed to the grave risk of ovarian cancer because of a big corporation not warning the public about the truth behind one of its most famous products.

We at Morgan & Morgan believe that lawsuits and the compensation that plaintiffs could receive are what’s needed to deter large corporations from focusing on the profits they gain, rather than the people they serve. If you suffered an injury or from a medical condition because of a defective product, we may be able to help. Contact us for a free confidential consultation.