How to Retain a Millennial Workforce 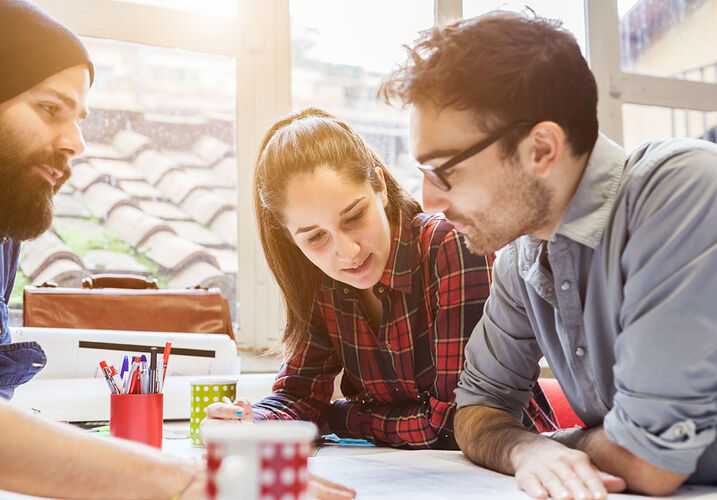 The current relationship between employers and employees resembles Tinder dating more so than expert matchmaking.

Single track careers, pension funds, and fidelity to a lone organization are concepts that have largely evaporated into thin air over the past two decades. The recession, coupled with the devaluation of the once-coveted bachelor’s degree, has led to a culture of job hopping and gig economy evangelism.

Experts have surmised that the main reason for the lack of loyalty amongst workers in the current economy is a result of the absence of loyalty from the companies themselves. The norm of reciprocity has been shattered in the workplace leading young workers, especially Millennials, to seek out better deals in terms of compensation at intervals of every one to three years.

Millennials job hop frequently in order to secure raises above the typical 3% rate of increase. A Forbes article recently reported that employees who stay at jobs for more than two years receive 50% less income for the duration of their careers than their transient peers. This ironic fact is a result of the employee’s ability to negotiate a higher salary from a new organization when starting fresh rather than being reliant on stagnant pay increases that are capitalized on a pre-existing base salary.

Retaining a Millennial workforce has proven benefits. Millennials are more tech savvy than prior generations and are more open to working in teams and using technology, two major assets in the era of remote collaboration for distributed offices. Millennials are soon likely to be the majority of your employee base, as they account for half the employees in the world.

So, how can employers retain good employees of the Millennial variety?

If the company in question is a startup, it may be difficult to do so right away due to financial constraints. But employees need to be compensated as soon as possible — way beyond normal salary percentage increases — if it’s expected that they’ll stick around.

After observing an ongoing exodus of call center employees at our firm, John Morgan, as relayed in an anecdote from his recent book, “You Can’t Teach Vision,” curbed matriculation by upping individual salaries for these positions from $35,000 — $50,000 per year at the three-year mark. If a $20,000 increase from a low base salary sounds staggering, remember that the cost of replacing a Millennial employee is around $15,000-$25,000. This investment in long-term employee retention costs us $2 million annually as a direct expenditure. However, much more is saved by not having to train a revolving door of new employees and retaining legacy employees with years of proprietary experience with matters related to their position within the organization.

Surveys have shown that today’s employees crave meaningful work that helps the world at large rather than simply generating profits to line the C.E.O.’s wallet. If your business isn’t involved in the most altruistic of industries, it’s possible to organize community outreach tasks for the office, or to allow employees to work on personal projects on a portion of the company’s time, a la Google.

Younger workers crave the ability to exert control over their lives. The crux of this power is often a work/life balance that includes generous vacation packages, the ability to work from home, and informal in-office arrival and departure times. In an era ruled by the Millennial workforce, it’s important to recognize that productivity is not necessarily the result of being physically present in a specific location. With respect to the concept of unlimited vacation (and according to the adage of Parkinson’s Law) a week’s worth of work doesn’t necessarily take 40 hours or more to complete.

Smartphone and computer applications such as Slack and Basecamp often make more sense for the collaborative and organizational efforts of digital natives than lengthy meetings and paper sorting. The implementation of digital strategies in an office environment not only streamlines teams’ workloads, it makes work simpler to understand and to complete efficiently.

“Firms and businesses with great culture make people want to be there — make people want to stay at work, make going in a pleasure, not a chore.” These words of wisdom from John are true of companies in general, but essential for those employing high a Millennial workforce. Millennial employees want a culture that caters to their personal values. With an average of 10.3 years of one’s life spent at work, a comfortable culture creates the basis for a familial atmosphere to develop organically. This not only leads to overall employee happiness, but long-term employee retention for the employer.