How Can Orlando Stop All of These Wrong-Way Driving Accidents? 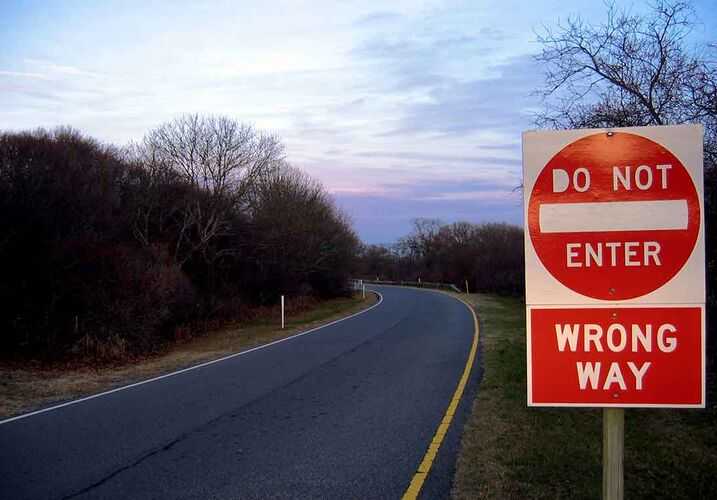 There were nearly 1,500 wrong-way driving crashes in Florida in 2015, and there is perhaps no part of the state that understands the severity of these accidents quite as well as Orlando. Since the beginning of 2016 alone, Orlando has been home to a number of high-profile wrong-way driving accidents, including the collision that occurred near Walt Disney World’s Animal Kingdom in May that injured 11 people.

Infrastructure Can Help Make it Harder to Drive the Wrong Way

Infrastructure is the most important aspect of curtailing wrong-way driving, as investing in improved infrastructure can have a dramatic impact on reducing wrong-way driving accidents. In the case of those who are impaired due to alcohol or dementia, without family members or passengers to stop their risky behavior, infrastructure can be the only difference between a major accident and the driver realizing their error and stopping before entering oncoming traffic.

Improvements to infrastructure can be as simple as providing additional street lights and removing visibility barriers in areas where the direction of traffic can be confusing. Because nearly wrong-way crashes occur at night, according to the U.S. Federal Highway Administration1, heavy vegetation and lack of lighting can prove deadly if they occur around wrong-way signs.

The Expressway Authority worked with a University of Central Florida professor to create new and improved wrong-way warning signs as part of a pilot program.

These new wrong-way signs flash warning lights when they detect someone entering a ramp the wrong way, in an effort to get the motorist to stop and turn around. These signs are also equipped with a camera, and will send a photograph of the vehicle to notify the Florida Highway Patrol. These implemented wrong-way signs have successfully stopped 21 vehicles that have gone the wrong-way at State Road 408, preventing them from encountering oncoming traffic, according to News13.

These signs have been shown to be incredibly effective, but they are only present in seven locations in Orlando, as the technology is still experimental. Here in Orlando, Orange County and the Expressway Authority have plans to install 29 new signs by the end of 2017 to further protect Orlando from wrong-way driving accidents.

Those are things local leaders have or can do. Now, let's look at things drivers can do.

Things Drivers Can Do

One thing drivers can do is to not drive while tired. In the case of the accident outside of Animal Kingdom, the driver fell asleep at the wheel after a busy day at the park. Drowsy driving can be extremely dangerous, but it’s not always easy to know when you’re too tired to drive. If you find yourself drifting from your lane, missing exits, or having trouble keeping your head up and eyes open, you should pull over immediately. Ask a licensed passenger to drive, if you have passengers.

Another thing to watch out for is drivers with dementia. Those with dementia may not realize they are not fit to drive when they get on the road, resulting in tragedy. In January, an elderly man with dementia began traveling in the wrong direction on State Road 528 in Orlando, resulting in his adult children revoking his future access to a vehicle.

Family members must be equally vigilant about their elderly loved ones who drive, and continually monitor their ability to navigate the roads safely. If you suspect your loved one might engage in wrong-way driving accident, you should take away their access to a vehicle for their own protection.

Have you or someone you love been injured in a car accident caused by a reckless driver? If so, we can help. Read more to learn how an Orlando car accident attorney can help you get the compensation you deserve. If you are ready to pursue a claim, fill out our free, no-risk case evaluation form today.