It's House Fire Season: Are You Sure You Have the Right Kind of Fire Alarm? 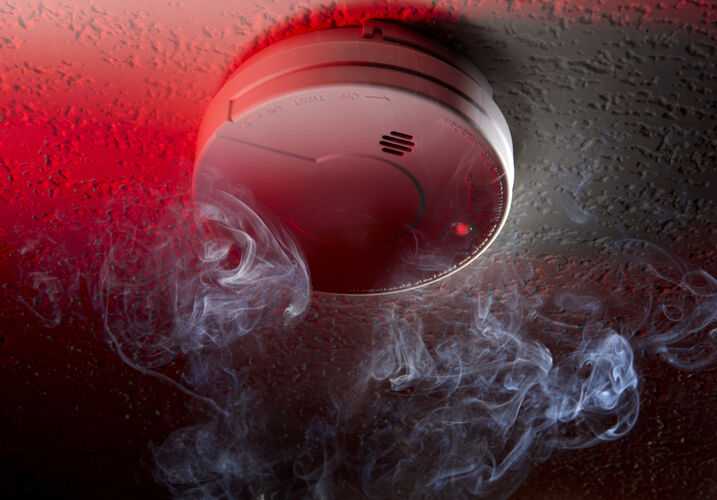 If a fire starts while you're sleeping, you trust that the fire alarm will go off quickly and alert you with enough time to safely evacuate and avoid burn injuries. Unfortunately, that doesn’t always happen.

But that all hinges upon your smoke detector being the “correct” type and “working properly”, a sobering fact when you consider that most people are unaware that there are even different types of smoke detectors in the first place.

Simply put: blindly putting your trust into just any smoke detector can be a recipe for disaster.

Merely owning a smoke detector doesn’t guarantee it will work when a fire sparks. Sadly, 2,560 people died in fires in 2015, and one in five of those deaths occurred on properties where smoke alarms were present but failed to go off, according to the NFPA.

That’s not the only way smoke detectors fail, though.

Sometimes there are even fatalities when smoke alarms go off. This happens in two out of five home fire deaths and can occur for a couple of reasons, according to the NFPA. In some cases, the alarms failed to alert the home’s occupants with enough time to safely evacuate. Other times, people simply slept through their alarm’s sound after it detected smoke.

Fortunately, there are ways to make sure you and your family will be properly notified by a smoke alarm in the event of a fire.

So, as the weather grows colder and the holiday decorations are put up, let’s review what kind of smoke detector you should ideally have installed in your home, how it should be installed, and how often it needs to be checked to ensure it will work when you need it most: during a fire.

Which Type of Smoke Alarm Will Keep Me The Safest?

Unbeknownst to many people, not all smoke detectors are created equal. There are actually two different accepted technologies for detecting smoke, and each one is better for detecting a different type of fire.

One type of smoke detector is the ionization smoke alarm. Ionization smoke alarms have a small amount of radioactive material between two electrically charged plates, which ionizes the space between the plates and causes a current to flow between them. When a fire starts and smoke drifts into the chamber, it disrupts the flow of ions and reduces the current’s flow, setting off the alarm.

While roughly 96 percent of people have ionization alarms installed in their homes, the U.S. Fire Administration’s position on smoke detectors is to have both types installed. This is recommended because evidence suggests that each alarm detects a different type of fire better.

Ionization alarms usually respond faster to the smoke produced by flaming fires, like when a space heater situated too close to a piece of furniture suddenly sets it ablaze.

Photoelectric alarms, on the other hand, detect smoldering fires better, such as when a cigarette is left unattended and it slowly burns, releasing smoke the whole time even though there are no large flames yet.

By having only one type of fire alarm installed in your home, you run the risk that you won’t be alerted with enough time to evacuate in case of a fire. To make sure you're alerted no matter the kind of fire, it’s best to have a dual sensor smoke detector with both ionization and photoelectric technology.

Now that you have the right smoke detector, you need to make sure that it’s properly installed.

The NFPA recommends installing fire alarms in each bedroom, outside each sleeping area and on every level of the home, including the basement. On floors without bedrooms, the NFPA instructs people to install alarms in the living room or near the stairway to the upper level, or in both locations.

When mounting fire alarms, they should be placed on the ceiling or, if it is a wall mounted smoke detector, high on the wall no more than 12 inches away from the ceiling. They also shouldn’t be placed within three feet of a kitchen appliance, to avoid false alarms when cooking.

Additionally, they shouldn’t be installed near windows, doors, or ducts where drafts may interfere with the alarm’s ability to take in smoke.

Finally, when installing fire alarms in your home, the NFPA recommends they all be interconnected so that when one goes off, they all go off. This is a good idea because you may not hear an alarm going off in the kitchen on the first floor while you’re sleeping with your door closed on the second floor. By interconnecting them, either by hardwiring them or wirelessly, you ensure you’ll be notified in your bedroom if a fire starts somewhere else in the house.

How Often Should I Check My Fire Alarms?

Once you have the right smoke detectors properly installed, all that’s left to do is maintain them. There isn’t a great deal of maintenance involved in keeping your fire alarms working, but you can’t just set them and forget them.

Ideally, fire alarm batteries should be replaced annually and should be tested every month to make sure they’re still powering the smoke detector, according to the NFPA. Additionally, if your fire alarm goes off by mistake, and you remove the battery, be sure to replace it when the smoke clears. In more than half of reported home fires with battery-powered smoke alarm failures, batteries were missing or disconnected, according to the NFPA.

Another common cause of fire alarm failures is dirty fire alarms. If dirt, dust, or dead bugs get caught in the chamber, it can affect how the fire alarm operates during a fire. This can be avoided by dusting it off and quickly running a vacuum around the smoke detector’s edge to suck up dirt and debris that may have gotten inside. You can also use a can of compressed air to clean around the edges of your fire alarm.

Lastly, an important part of fire alarm maintenance is to check for recalls. While fire alarms are more likely to fail because of a missing battery, recalls occasionally affect millions of people who rely on smoke detectors to keep them safe every night. For example, in just the last three years, Kidde — a major fire safety equipment manufacturer — has recalled more than six million fire alarms sold in the U.S. and Canada due to issues with the batteries.

By keeping an eye on recalls, buying the right smoke alarms and properly installing and maintaining them, you can sleep soundly knowing you have working fire alarms at all times. This is important year round, but even more so now as the holidays begin and the number one time of the year for fires kicks off.

What If I’m Burned in a Home Fire?

Home fires start for a variety of reasons but the threat increases during the winter when people spend more time indoors and turn the heat up. In many places, the weather begins to get cold in November, and in just the last month the media has reported on 227 deaths caused by fires at home.

As the risk of fire increase, so should your vigilance about fire safety. If you live in your own home, fire safety is your responsibility, but if you live in an apartment complex, it may be the landlord’s responsibility. Regardless of where you live, "having a properly mounted, functioning, dual sensor alarm will reduce the number of home fire fatalities. No question," according to Morgan & Morgan fire attorney Ben Wilson.

If you were burned in a fire, recovery could be painful and costly. Find out if you’re able to hold someone responsible for the fire that caused your injury — like your landlord — by contacting Morgan & Morgan for a free, no-obligation case evaluation.