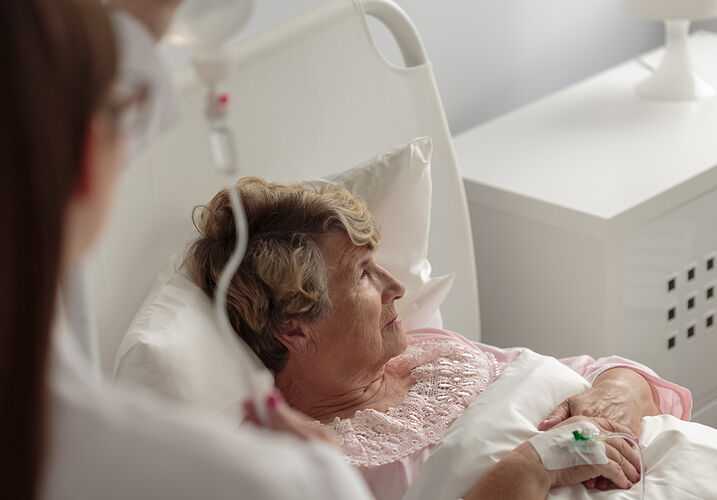 Update 9/25: Voicemails left on Florida Gov. Rick Scott's cellphone by employees of The Rehabilitation Center at Hollywood Hills asking for help were allegedly deleted, according to CBS Miami.

Four voicemails were reportedly deleted in the 36 hour span between the power outage and the first patient death, according to CBS Miami. The vice president of the nursing home allegedly left a voicemail on the governor's cellphone requesting "immediate assistance."

Gov. Scott gave his cellphone number to hospital and nursing home officials in case of trouble after Hurricane Irma. The governor's office's move to delete the emails, which could have been important pieces of evidence in the investigation of the Hollywood Hills nursing home, has come into question.

However, the governor's office says the calls were returned and that the "the existence of the voice mail messages is irrelevant," according to CBS Miami.

At least 11 patients of The Rehabilitation Center at Hollywood Hills have died following Hurricane Irma and the nursing home's subsequent power outage.

A nursing home in Hollywood Hills, Florida has been shut down by the state after eight patients, ages 71 to 99, died under its care.

The Rehabilitation Center at Hollywood Hills — a nursing home with a poor record with state regulators and a below average rating on a federal nursing home ranking website — is under criminal investigation. It’s alleged that the nursing home was negligent in its care for its patients after the facility lost air conditioning, leading to the eight deaths and dozens of hospitalizations, according CBS Miami.

The Incident at The Rehabilitation Centers at Hollywood Hills

Over 100 elderly and disabled patients were evacuated from the Rehabilitation Center at Hollywood Hills, which lost power to its air conditioning following Hurricane Irma, according to CBS Miami.

The patients of the nursing home were subject to 90 degree weather for days, with little more than portable air coolers and fans to keep the residents cool. Authorities say these methods were inadequate to keep the patients safe in the extreme heat. Hollywood police Chief Tomas Sanchez believes the deaths are heat related.

“They were utilizing portable A/C units which were insufficient to reduce the excessive of heat in the facility,” said Sanchez in a statement. “The building has been sealed off and we are conducting a criminal investigation."

The patients of the nursing home were subject to 90 degree weather for days, with little more than portable air coolers and fans to keep the residents cool.

Following these calls, the patients were evacuated from the “extremely hot” nursing home over the span of three hours, according to CBS Miami. The residents were treated at area hospitals for respiratory distress, dehydration, and other heat related issues, but by the end of the day, eight residents had died.

Many Are Wondering Why Weren’t Patients Evacuated Sooner

The public is outraged over the sweltering conditions that the elderly residents endured for days after Hurricane Irma, especially when it was discovered that the hospital across the street, Memorial Regional Hospital, had working power and air conditioning, according to CBS Miami.

Many believe that the patients should have been transferred to the hospital as soon as the nursing home lost air conditioning.

People over the age of 65 are especially prone to heat stress and dehydration, according to the CDC. They are also more likely to have a chronic medical condition that changes normal body responses to heat. The extreme temperature in the Rehabilitation Center at Hollywood Hills following the power outage placed residents at great risk of heat stroke and death.

"I am going to aggressively demand answers on how this tragic event took place," Florida Gov. Rick Scott announced in a statement. "If they find that this facility was not meeting the state's high standards of care, they will be held accountable to the fullest extent of the law."

The criminal investigation will determine if the nursing home did enough to protect its residents in the aftermath of Hurricane Irma, or if they were negligent in its care. If found negligent, the families of the seniors may pursue legal action against the Rehabilitation Center at Hollywood Hills for the wrongful death and abuse their loved ones endured.

The Right to Sue After Nursing Home Abuse Is Under Attack

Unfortunately, it has become harder and harder for families of nursing home residents who experienced abuse and neglect to pursue lawsuits, as more nursing homes push arbitration clauses as a condition to admittance into their facilities. This forces residents and their families to waive their rights to pursue a lawsuit over alleged poor care or abuse.

Very often, these arbitration clauses are hidden within contractual jargon, meaning residents don’t realize that they’re waiving their rights to a lawsuit when they sign on the dotted line until it’s too late.

Studies show that the awards plaintiffs win in arbitration can be up to 35 percent lower than if they went to civil court.

And this is bad news for victims of nursing home abuse. When cases go to arbitration, it doesn’t go before a jury. A private judge is hired, and different rules are used than civil court rules, according to NPR.

These rules are generally more restrictive than civil court, and they stack the deck against the victims of abuse. Even when the victim wins, studies show that the awards plaintiffs win in arbitration can be up to 35 percent lower than if they went to civil court.

Additionally, arbitral proceedings are private. This means, in the case of nursing home arbitrations, the nursing home’s harmful acts could be kept secret, according to NPR.

Future residents would have no idea if, for example, patients were previously abused or neglected under the care of the nursing home, because the details of the arbitration would never go public. The nursing home’s reputation is, in effect, shielded by these arbitration clauses.

"None of the systemic health and safety problems that cause the harm will ever see the light of day," explained former congressman Henry Waxman to NPR.

A landmark victory for seniors occurred last year, when the Obama administration signed a Centers for Medicare and Medicaid Services (CMS) rule that prevents nursing homes that receive Medicare or Medicaid funds — which is the majority of them — from requiring patients to agree to arbitration clauses in order to be admitted into the nursing home’s care.

In the CMS rule, the administration stated that it was “almost impossible for residents or their decision-makers to give fully informed and voluntary consent to arbitration before a dispute has arisen."

However, there is a current law looking to scrap these hard-won protections.

Many critics of the proposed new rule find this unfair, as it still forces families to agree to the arbitration clause if they want to admit their loved one to a nursing home, whether or not the arbitration clause is stated in plain language or hidden in the contract, according to NPR. They’re simply not given a choice in the matter.

And this isn’t just bad for the victims of nursing home abuse and their families — it’s dangerous for everyone, because bad nursing homes are allowed to keep operating and take new residents while sweeping previous instances of abuse and neglect under the rug.

As our elderly population increases, this problem will become an even greater one for Americans. Over 20 percent of our country’s population is projected to be 65 years or older by 2050, according to the U.S. Census. If we cannot handle the problem of nursing home abuse now, how will we handle it when our country’s nursing homes are being trusted with the lives of countless more patients decades from now?

If you or someone you love was hurt while under the care of a nursing home, we may be able to help. Our nursing home abuse attorneys are experienced in recovering compensation for victims of neglect and abuse and holding dangerous nursing homes accountable for their misdeeds. Fill out our free, no-risk case evaluation form to learn more today.

A disturbing video showing a home health aide hitting and verbally abusing a 94-year-old woman with Alzheimer’s has gone viral. After finding unexplained bruises on his mother, Dorothy Bratten’s son…

Elder abuse in all forms - physical, emotional, sexual, and financial - is a critical problem in the United States. Much of the abuse occurs in nursing homes, which are increasingly understaffed and…